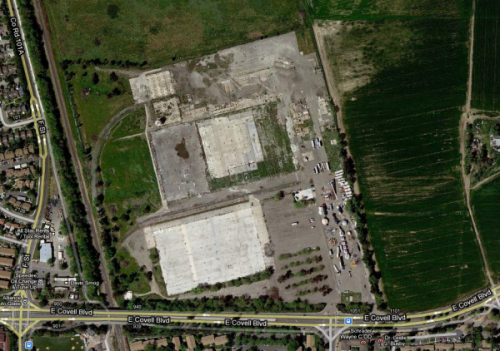 A few weeks ago, despite heavily-commented and well-read articles on the Vanguard, a city councilmember told the Vanguard they weren’t sure that many people cared about the CFD (Community Facilities District). It will be interesting to see if that changes, particularly after Bob Dunning’s entry into the fray on Tuesday.

While Mr. Dunning gets a lot wrong in his column, particularly his misunderstanding and mockery of the urban farm concept, he does a reasonable job of laying out problems with the CFD.

He also notes, “The Cannery didn’t require a Measure J vote or a Measure R vote or a Measure ABCDEFG vote, but if Davis had an ordinance requiring citizen approval to convert a large abandoned cannery into a bigger-than-average housing development, this thing would have been rejected hands down, as other projects in town have been.”

There is a lot of truth in that comment. The council approved the measure on a 3-2 vote. While the barrier to collecting the signatures to have a referendum proved too high, and the Cannery developers dissipated opposition with some of the deals they cut at the end, had the matter been a Measure R vote, I firmly believe that the developers would have given far more and it may well have gone down to defeat in its current form.

Mr. Dunning continues, “Thankfully, our beloved City Council has a plan to make all these Johnny-come-latelys at least pay for the havoc they will wreak on our poor town.”

The Johnny-come-latelys appear to be new residents moving into the Cannery.

He continues, “It’s cleverly disguised as something called a ‘Community Facilities District,’ which sounds positively benign until you start peeling the onion.” The CFD, “would collect fees from future residents of The Cannery to fund amenities in that neighborhood.”

He writes, “Talk about taxation without representation, those folks aren’t even living here yet and we’ve already figured out a way to pick their pockets.”

Taxed is not the correct word, assessed is more accurate, but the point is largely the same. Mr. Dunning notes that “future Cannery residents could be taxed between $904 and $3,233 a year for those amenities.”

Mr. Dunning then points out, from Councilmember Brett Lee, while the CFD “must be approved by the voters of the area affected, but as is typically the case, the land being considered to have a CFD placed on it doesn’t have any residents and thus no voters. In this case, it is the landowner or landowners who get to decide if they want a CFD placed on the development. So, in the example of The Cannery, there is one voter — The Cannery owner. It is an election with one vote.”

Mr. Dunning retorts, “The result, no doubt, will be unanimous.” “’Voters overwhelmingly approve Cannery CFD’ will read the next day’s headline.”

He argues that this plan is not fair and is “morally bankrupt.”

As we noted on Monday, this week Councilmember Lucas Frerichs, in an interview with the local paper, said that “refusing a CFD would come at a price, such as amenities and infrastructure not being built for years, as the developer waits for money from future home sales.”

Moreover, he reiterated that “a CFD was part of the talk throughout the discussion of The Cannery’s development agreement.”

He told the paper, “What I don’t want to see is what happened when Mace Ranch was built.”

He also said that “the CFD money doesn’t come from the city general fund, would not be paid by the entire community and would be paid for by future Cannery residents one way or another — either through higher-priced homes or through a CFD.”

He added, “With an anticipated $11.8 million sale, the city would receive $750,000 from the developer. For any amount above $11.8 million, Frerichs said, there would be a 50/50 split, resulting in potentially millions of dollars for the city.”

However, Brett Lee in a recent op-ed that appeared in the Vanguard, stated, “There is no free lunch. The future residents of the development are the ones who bear the burden of the assessment.”

“Personally, I have to wonder why the city is being asked to be inserted into this transaction, which I believe fundamentally is a transaction between two private parties,” the councilmember writes. “If The Cannery developers need to charge a premium for the homes they build due to the amenities and infrastructure they have agreed to provide in the development agreement, so be it. Let the purchase price of the home reflect and fund these items.”

He continues, “I am uncomfortable having the city create a vastly unequal taxation patchwork where some residents are paying in excess of $2,000 more in taxes/fees a year than their nearby neighbors with homes with the same assessed values.”

“In addition, I am not comfortable with the city issuing nearly $12 million in bonds and becoming financially liable for the repayment of them,” Councilmember Lee concludes.

Mayor Pro Tem Robb Davis noted that this is “a highly inelastic demand function” where “TNHC is essentially a price setter in this market.” He argues, “In such a market they very well may be able to set a home price and not have to reduce it if a CFD is included. In other words, unlike in a competitive market, they will not have to reduce the price by the full amount of the CFD.”

He argues, “Given the foregoing, I believe that home buyers moving into the Cannery face the risk of overpaying for the infrastructure there.”

The key question now is whether this renewed push and focus on the CFD will push the council to reconsider their vote this Tuesday. The CFD has only been advanced to staff for drafting, and council still needs to consider the final CFD.

22 thoughts on “Commentary: Heat Turned Up on the CFD”