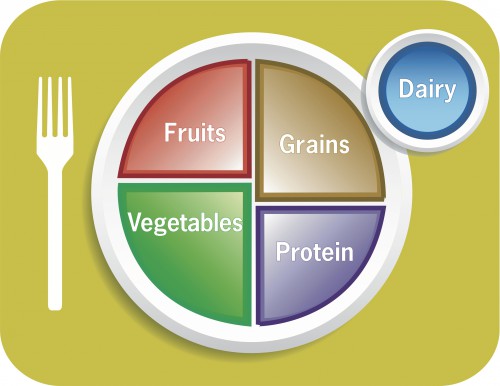 The U.S. Dietary Guidelines Advisory Committee – experts in nutrition and public health – recently released its Scientific Report for the 2015 update to the Dietary Guidelines for Americans. The Report has sparked controversy because, for the first time, the sustainability of foods has been identified as a basis for national dietary recommendations.

The Guidelines contain nutritional and dietary information and recommendations for the general public ages 2 years and older. The ‘My Plate’ graphic, and its prior incarnations – ‘My Pyramid’ and the ‘Food Pyramid’ – are the most recognizable images based on the Guidelines.

Chapter 5 is where we see a significant departure from past reports. It highlights the link between food security and environmental health and promotes the concept of a ‘sustainable diet,’ defined as one which not only promotes health and well-being, but also sustains human and natural resources for future generations.

The chapter cites moderate to strong evidence that the current average U.S. diet has a larger environmental impact – more greenhouse gas emissions, land use, water use, and energy use – than diets like the Healthy Vegetarian and Healthy Mediterranean diet patterns. This is because the average US diet is higher in animal-based foods and lower in plant-based foods, and because animal agriculture is generally more resource intensive.

Life cycle assessment studies and land-use studies formed the primary evidence for this finding. A life-cycle assessment (LCA) is a “standardized methodological framework for assessing the environmental impact attributable to the life cycle of a food product. The life cycle for a food typically includes agricultural production, processing and packaging, transportation, retail, use, and waste disposal.”

The evidence supported the conclusion that “a diet higher in plant-based foods, such as vegetables, fruits, whole grains, legumes, nuts, and seeds, and lower in calories and animal-based foods is more health promoting and is associated with less environmental impact than is the current U.S. diet.”

The Report did note that no food group must be eliminated completely to improve sustainability, and it emphasized that a sustainable diet also must be affordable.

The North American Meat Institute (NAMI), a trade association that represents meat processing companies and their suppliers, issued a press release highly critical of the Report.

NAMI President and CEO Barry Carpenter said, “The Dietary Guidelines Committee’s charter tasked them with reviewing nutrition science, which is the field from which Committee members were selected. The Committee’s foray into the murky waters of sustainability is well beyond its scope and expertise.”

NAMI pointed to a recent LCA study in the American Journal of Clinical Nutrition that calculated greenhouse gas emissions of various foods based on unit of mass as well as unit of calories. It found that more nutrient-dense animal products, like meat and dairy, had higher emissions when measured per 100 grams of product but much lower values when measured per 100 calories of product.

Mr. Carpenter noted that “total sustainability analyses were not considered by the Advisory Committee, whose recommendations appear to be based on personal opinions or social agendas.”

Sonja Brodt, Ph.D., Academic Coordinator at the Agricultural Sustainability Institute at UC Davis, is an expert in LCAs of crop production systems and food products. She said that, in the past, LCAs looked mostly at impacts per unit of mass of food product, but that now the trend is to use different units to get a better perspective of how various food products are actually used by consumers and the types of benefits consumers derive from them.

Brodt and Alissa Kendall, Ph.D. , Associate Professor in the Department of Civil and Environmental Engineering at UC Davis, recently presented a paper at the 9th International Conference on Life Cycle Assessment. Their study used different functional units – mass, serving size, energy content, protein content and a composite nutrient score – to measure global warming emissions for almonds, processed tomatoes (diced and paste), and rice. They found that greenhouse gas emissions varied widely between and within the four different foods, depending on which functional unit was used.

The Department of Health and Human Services and the Department of Agriculture will consider the Report and jointly issue the final Guidelines later this year. The public comment period for the Report ends April 8. NAMI has asked for an extension to review studies cited in the Report.