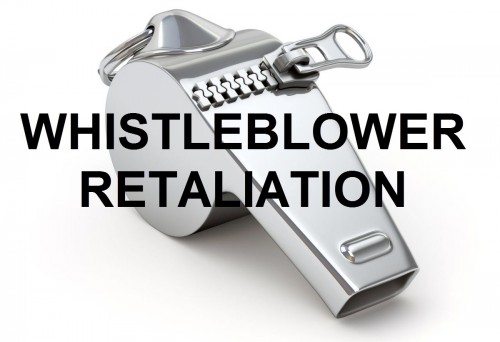 Helene Sullivan, a long-time UC Davis professional employee who received the “Chancellor’s Citation of Excellence” in 2007, has sued the Regents of the University of California for being forced out of her job after she reported fiscal improprieties, as well as racist comments and discriminatory actions by staff members against the Director of the Center for Human Services, Karen Howard.

Ms. Howard was a female of African-American descent who had been recruited to UC Davis following a nationwide search.  After reporting the racist comments and other wrongdoings to UC Davis Office of Extension Dean Dennis Pendleton, Ms. Sullivan suffered retaliation. This included being ostracized and harassed by her managers, and being denied a promised promotion and subsequent annual raises. She also experienced removal of her professional job duties, with assignment of menial clerical duties — or no duties at all.

In October of 2011, UC Davis hired Karen Howard as the Director of the Center for Human Services. While Ms. Sullivan did not work directly for Ms. Howard, she interacted with her on a daily basis. Shortly after her arrival, Ms. Sullivan “observed that Howard had become the target of racial bias and hostility by some of the managers and employees at DC Davis Extension.”

She observed that many of the center’s managers “had embarked on a campaign of sabotage designed to undermine Howard’s authority and harm her reputation at the University and in the community. This campaign included withholding information from Howard, providing her with half-truths and misleading information, and maligning Howard’s character behind her back in the office and in the field with UC Davis Extension clients and instructors.”

In addition, Ms. Sullivan alleges that the program director “intentionally solicited negative information about and criticism of Howard from others for the purpose of causing Howard injury.” Based on her observations, Ms. Sullivan “understood this conduct to be directed at Howard because of Howard’s race.”

In February 2012, Ms. Sullivan met with officials at UC Davis “about the derogatory references about and mistreatment and targeting of Howard because of her race. (Ms. Sullivan) objected to the discriminatory treatment of Howard and expected him to take actions to stop such improper conduct.”

In addition, she also reported “certain fiscal and administrative improprieties she had discovered with respect to programs being administered by the Center. These included (l) misuse of public funds; (2) conflicts of interest in awarding compensation to instructors and consultants who were friends of the managers approving the funds; (3) consultants being awarded funds for contrived projects for which no services were rendered or products developed; (4) misuse of university vehicles; and (5) favoritism and nepotism in staff assignments and instructor selections.”

Following this meeting, Ms. Sullivan’s treatment by her superiors began to change as they “began to micromanage and interfere with (Ms. Sullivan’s) assignments and work product, to isolate (her), and to discourage support staff from assisting or trusting (her).”

“Workload distribution among the Program Representatives became disproportionate and unequally distributed. Soon, (she) routinely needed to work overtime to complete her workload. (Ms. Sullivan’s) requests that assignments be redistributed were ignored. (She) was also required to provide weekly schedules in advance, when other Program Representatives were not, and was prohibited from meeting alone with her clients.”

At this point, her supervisors began to “ostracize” her, refusing to communicate in person or via email. She alleges that her supervisors would route responses through support staff and “interfered with and disrupted” her work and business relationships “by taking over communications and tasks previously assigned” to Ms. Sullivan.

In November 2011, prior to her disclosures, her supervisors had “initiated and expressed support for the reclassification” of her position, which would have constituted a promotion with an increase in salary and a change from non-exempt to exempt status with an accompanying increase in autonomy. Following the disclosure in February 2012, the advocacy stalled and she was never reclassified and never received the promotion.

On May 30, 2012, Ms. Sullivan, pursuant to the University of California, Davis, Whistleblower Protection Policy, filed a formal retaliation complaint with Wendi Delmendo, who is the designated official assigned to receive such complaints. That complaint was accompanied by an email disclosing harassing, threatening, and intimidating conduct by various supervisors in retaliation for the disclosures.

By January 2013, Ms. Sullivan was placed on medical leave by her physician due to the severe stress and anxiety caused by the unlawful actions of her supervisors. Numerous avenues that she had attempted to rectify the problem failed.

In May 2013, she was allowed to return to work with no more than 20 hours per week. However, upon return from medical leave, she continued to suffer mistreatment and adverse actions.

In February 2014, her physician would lift her work restrictions and she resumed full-time work. However, “After (Ms. Sullivan) was cleared for full-time work, the mistreatment continued. Even in the absence of any work restrictions, (her supervisor) continued to refuse to permit (her) to perform tasks and duties within Plaintiffs Program Representative II job description that (she) had previously routinely and successfully performed.”

Ms. Sullivan in her suit alleges that “no other UCD Extension staff member in her job classification was subjected to the scrutiny and restrictions imposed upon (her), and that, in fact, staff members with considerably less seniority and experience were permitted to perform the duties Plaintiff once performed with considerable autonomy and flexibility.”

She continues that her “material job responsibilities were significantly diminished, and her future promotion opportunities were thereby severely reduced.”

Finally, by September 2014, she believed that the situation and working conditions were “so intolerable that a reasonable person in (Ms. Sullivan’s) position would have had no reasonable alternative except to resign,” which she in fact did in September 2014.