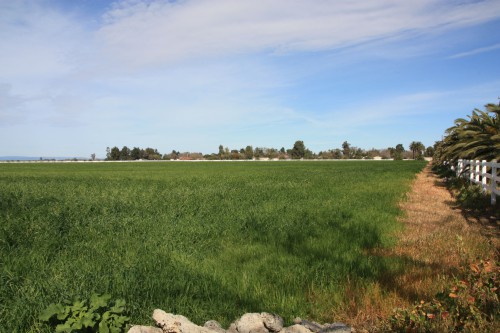 On Sunday, I published a column, “The Lack of Vision Paradox, Part I.” In it, I argued that the city of Davis lacks a clear vision and goals for the future. Instead, I see a patchwork of goals and policies that could threaten to undermine this entire endeavor.

I then argued that this lack of an overall vision has led us to a series of problems in the last two months that do not appear to be easily reconciled. I cited controversy of things like the CFD (Community Facilities District) and the city council having allowed that community asset to benefit the developers, while retaining little for themselves.

There is the community farm, which has never been properly situated within our future in agricultural technology, the expansion of food justice, and farm-to-fork notions, as well as development of sustainable agriculture.

We are allowing competition to develop between proposals rather than taking the initiative to plan, leaving planning potentially to chance factors. At some point we need to make difficult decisions on timing and scope, but we have pushed those difficult conversations back, while at the same time failing to create an overarching vision – the result could be fatal to this process, as we have put forth an ad hoc patchwork of proposals without considering the overall view.

I cited the lack of innovation. One example is Nishi, full of promise of location but bound by circulation and access issues. We have the opportunity to find innovative ways to deal with these issues, but have so far punted on the issue.

Finally, I cited a lack of community engagement and consensus. The Vanguard has consistently pushed for more community-based discussions on issues like the city’s fiscal situation, the infrastructure needs, and of course the innovation parks, but the city has been slow to respond.

There were several notable responses to the article that, overall, didn’t generate the kind of discussion I had hoped for.

One thought is that Davis already has a clear vision, expressed in the previous General Plan which is not 15 years old. The idea was, if I do not think it reflects current Davis values, push for an update to the General Plan.

This is actually something I have suggested at least twice in the past year, but the idea got no traction.

A second school of thought points out that, back in July 2012, Mayor Joe Krovoza and Councilmember Rochelle Swanson approved a process to bring the stakeholders together for a shared community visioning process. William McDonough and his firm were to lead this effort.

A third response came in via email, which argued that the situation we have in Davis is not unique in Davis. Other cities that have growth limitations have also experienced large project proposals that have not been ‘visioned’ but instead are in response to market needs and local demands.

This viewpoint makes the argument that Davis has already done a lot of visioning about innovation parks over the last decade, and those that wanted to be involved at the time were involved. More visioning is unlikely to have different results.

Instead, this viewpoint says, we need to shift from vision to implementation. This process needs to involve the next tier of residents, those that want to shape the proposals.

Finally, a fourth different perspective emerged via email yesterday. They argue that, while it looks like there is a lack of vision in Davis politics, there is actually a vision that is hidden from the general public that is driving the process of development in Davis.

That vision is one of increasing revenue and the belief is that, as that vision becomes more public, opposition will have the chance to form, potentially obstructing the process.

So let me respond. First of all, I believe that we really do need a new general plan. It is not necessarily that I think it does not reflect current Davis values so much as I believe that circumstances have sufficiently changed that we need to update the general plan.

I firmly believe that Davis remains a slow growth community. That we need to maintain our tight urban boundaries, expanding only when deemed absolutely necessary and by a vote of the public. That our agricultural heritage and legacy are a critical strength and we need to preserve the small town, college town character of this community.

At the same time, I think we have critical issues to grapple with. We were faced in the last recession with the need for both fiscal sustainability and the generation of stable and reliable sources of revenue. I believe, with a world class university, the community needs to partner with UC Davis to take advantage of the green revolution and become a community that can utilize tech transfer as a means of developing new technologies that can feed the world ‒ as well as save humanity from a variety of afflictions, including poverty, disease and hunger.

We need to reconcile our land use policies to our progressive vision of the world and that also includes finding innovative ways to carve out housing that is affordable both in the small “a” and large “a” sense.

At the same time, I want to make it clear, I am not interested in the idea of stopping to engage in more visioning. I agree with the third response that we have been there and done that. However, what I am saying is that, as we move forward on plans for innovation parks and the future, that we formulate a plan and how it fits together and what the next steps are.

In that sense I agree with the third responder. The time for visioning in the classical sense has passed. But we are no closer to understanding what our future looks like.

I was often struck by and commented on the fact that during the Innovation Park Task Force meetings there was only one side of the room present. I feared that they were talking to each other in a sort of echo chamber and that the broader community had not had time to absorb these thoughts and weigh in on the process.

And that interchange never really happened, and so I sense ‒ in a very real sense ‒ there is a whole group of citizens out there who will be exposed to the ideas in the coming months for the first time and they have questions, concerns and criticisms and there will be insufficient time to incorporate those concerns, and ultimately that may be the death knell to this process.

A lot of those concerns may be allayed if there were a plan. What does the future of Davis look like? If you listen to the words of Linda Katehi, she sees the Sacramento Region as becoming one of the four great economic powers in California and that puts UC Davis as an engine, perhaps rivaling Stanford or the like.

Does anyone here view Davis becoming the Silicon Valley of Ag-tech, Green Tech and Med-Tech?

On a smaller scale, perhaps the idea of Davis is to simply develop the 200 acres, 400 acres, or 7 million square feet of innovation park floor space, and cede the bigger and more grandiose vision to elsewhere in the region. The World Food Center could go into the Sacramento Railyard, and West Sacramento can accommodate the AgraQuests that outgrow Davis’ capacity.

Or perhaps we simply envision Davis as retaining its current configuration. The boundaries now will remain the boundaries. Development will be limited to infill.

Or perhaps there are shades in between these very different visions.

The problem that I see is that right now, at least, what we have are large project proposals, which have not been part of an overall plan, but instead are in response to market needs and local demands. The drawback of that approach is that people will inevitably ask – what next? Let’s say we build an innovation park of 218 acres, is that the end or the beginning?

The way campaigns work is that the absence of information is filled in with guesses, hunches, estimations, and, yes, the worst-case scenario.

Creating a plan does not require that we reinvent the wheel. As I argued on Sunday, Dan Wolk has put forth the idea of “Renew Davis,” and we also have guiding principles. It doesn’t take much to put some meat on those proposals to create a framework for the future. And remember, all we are talking about is a goal; it can morph, shift, or alter, but at least it puts the goal in concrete form down on paper.

6 thoughts on “The Lack of Vision Paradox, Part II”