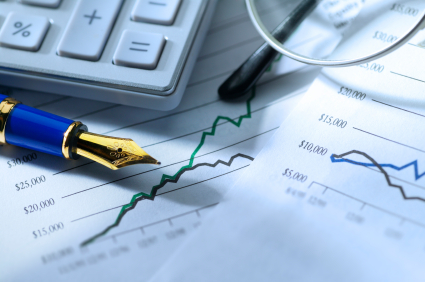 CalPERS contribution rates will rise more than nine percent, a move that experts project will cost state and school districts more than half a billion dollars.

“As the fund matures, and the retired population grows, it’s important that the rates reflect the changing demographics of our members,” said committee chairman Richard Costigan in a prepared statement.

The Sacramento Bee reported earlier this week, “The state’s annual contribution would increase by $487 million, to $4.75 billion, an increase of about 11 percent. The contribution from school districts would increase approximately 9 percent, or $111 million, to a total of $1.34 billion a year. California teachers have their own pension fund, but school employees other than teachers get their retirement plans from CalPERS.”

Cities are not out of the woods either, as the CalPERS board will vote in the fall on higher rates for participating cities, counties and local government agencies. Those rates would take place in July 2016.

Analysts fear that rising pension costs are threatening municipal services in California, and, with rate hikes on the horizon, the problem is threatening to get worse in the short term.

Locally, the city has put on hiatus for now plans to introduce a parcel tax to deal with crumbling road infrastructure. In the short term, the city has pushed about $4 million annually into roads from the general fund. But it is increasingly apparent that, while Davis’ roadways are somewhat worse than state average, this is a statewide problem.

Back at the end of February, the Field Poll found that “California voters strongly believe that state and local governments should be spending more money to improve the conditions of its roadways. By a 71% to 14% margin voters want more not less funds to go to the maintenance of existing roads. Voters also favor more spending on new road construction, but by a narrower 48% to 35% margin.”

However, the poll found there was no public consensus for how to pay for this. “When asked whether they would support increasing the state gasoline tax by 10 cents per gallon to improve the condition of state roads, voters are evenly divided, with 49% in favor and 48% opposed.”

Part of the problem is that voters already view tax levies on gas as higher than in most other states, by a 76% margin.

Back in late March, the League of California Cities issued a release indicating it had engaged in conversations with state and federal lawmakers about the condition of California’s local streets and roadways.

The discussion, based on the most recent biennial Local Streets and Roads Needs Assessment, which was released last October, showed that the average rating in California was 66. Locally, however, Davis was at 62 and rural Yolo County was already in the red.

The survey uses a four-tiered Pavement Condition Index (PCI) scale from zero to 100 to assess the conditions of local roads within California’s 58 counties.

“At first glance, the fact that the on-average rating for California’s local system is 66, just four points under what the study deems as good condition, does not appear to be alarming,” the League stated. “The reality is that the local roads are on a precipice.”

They continue, “This illustration shows very plainly the costs to maintain roads (per square yard) over the course of this life cycle. When conditions dip much farther under current conditions, the cost to repair and maintain these roads dramatically increases. For example, roads with a PCI ranking between 70 and 50 cost $15-$20 per square yard to maintain, but the amount doubles to $30-$40 for road conditions with PCIs in a range of 50-25.”

The League concludes, “The 2014 Local Streets and Roads Needs Assessment found that currently local agencies receive just half the revenue needed to maintain the local system. Investments must be made to the system that comprises more than 80 percent of California’s roadways because time is running out for the roads beneath our feet and wheels.”

Every time that CalPERS increases the rates, it takes half a million to a million out of the local funding that could go to pay for roads or other infrastructure.