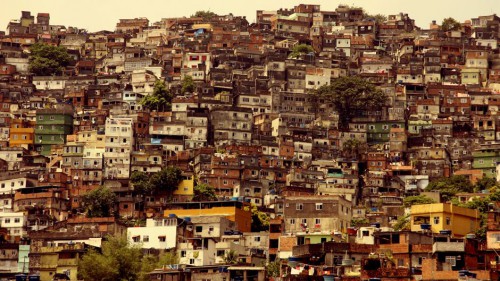 Last week, we discussed the need for environmentalism to be able to reconcile poverty along with energy needs, where the US and its allies have often blocked financing of power overseas. The implication of eco-modernism is to change strategies for combating climate change, acknowledging, “Most societies will not follow low-energy, low-development paths, regardless of whether they work or not to protect the environment.”

Last week, there was an interesting piece in Truthout which laid bare the environmental movement, which has been “stubbornly White.”

Olivia Aguilar writes, “Environmentalists don’t have a diversity problem, they have an identity problem. And it’s rooted in a racist history and unchecked biases.”

She writes, “Historians have noted that even in the early 19th century, long before the modern environmental movement began, racist rhetoric was used to push for clearing Native Americans from potential land preserves.”

Rachel Carson’s seminal work, Silent Spring, Ms. Aguilar argues “did little to help.” She writes, “The book, often cited as the impetus for the modern environmental movement, filled readers with fear, as Carson described the horrid death of spring’s creatures in picturesque neighborhoods. These were the very neighborhoods to which baby boomers worked hard to escape in their white flight, and now they were threatened.”

“Consequently, the environmental movement became a movement for people of means, predominately White, middle-class citizens on a ‘do-gooder’ mission to protect the natural environment,” she continued.

Ms. Aguilar writes, “This forged identity created an imaginary dualism between those who cared about their environment and those who did not, and it largely ran along class and color lines. And because the ‘do-gooders’ were doing good, privilege and power were never questioned, even when their actions went against the welfare of others. Instead, it was environmental justice activists, often people of color, who took up the call to protect communities harmed by environmental catastrophes.”

The key problem is not bringing people to the table, but rather this point, “The mainstream environmental movement leaves little room to consider human suffering.”

Ms. Aguilar argues, “Remember that the human species is among those that could likely disappear if this perilous journey toward climate disruption continues. I’m not suggesting environmentalists turn away from protecting other species; however, they must loosen their grip on their identity and reconcile that human issues are also environmental issues, that we are part of the natural world we are trying to protect, that harm inflicted upon it is harm inflicted upon us. Rather than hold firmly to a mission focused on protecting this planet, perhaps there is room to consider how protecting the planet is a means to protect ourselves as well.”

But I think Ms. Aguilar could go further. The environmental movement needs to understand that the efforts to combat climate change are intricately linked with billions of impoverished people living in underdeveloped countries – countries that, as the New York Times argues, “If billions of impoverished humans are not offered a shot at genuine development, the environment will not be saved. And that requires not just help in financing low-carbon energy sources, but also a lot of new energy, period. Offering a solar panel for every thatched roof is not going to cut it.”

They argue that changing the conversation will not be easy. “Our world of seven billion people — expected to reach 11 billion by the end of the century — will require an entirely different environmental paradigm.”

Eco-modernism may pave one path forward. As the drafters note, “We offer this statement in the belief that both human prosperity and an ecologically vibrant planet are not only possible, but also inseparable. By committing to the real processes, already underway, that have begun to decouple human well-being from environmental destruction, we believe that such a future might be achieved. As such, we embrace an optimistic view toward human capacities and the future.”

To mitigate climate change, spare nature and address global poverty requires nothing less, they argue, than “intensifying many human activities — particularly farming, energy extraction, forestry and settlement — so that they use less land and interfere less with the natural world.”

But, as we noted last week, in the 1970s, environmentalists across the country were opposing nuclear power, but now some increasingly see it as a potential saving grace, allowing the production of significant power without the introduction of additional carbon dioxide and other greenhouses gases into the atmosphere.

They argue that nuclear fission “represents the only present-day zero-carbon technology with the demonstrated ability to meet most, if not all, of the energy demands of a modern economy. However, a variety of social, economic, and institutional challenges make deployment of present-day nuclear technologies at scales necessary to achieve significant climate mitigation unlikely. A new generation of nuclear technologies that are safer and cheaper will likely be necessary for nuclear energy to meet its full potential as a critical climate mitigation technology.”

They conclude, “In the long run, next-generation solar, advanced nuclear fission, and nuclear fusion represent the most plausible pathways toward the joint goals of climate stabilization and radical decoupling of humans from nature.”

All of this remains linked. If the environmental movement wishes to diversify, they must embrace the linkage between human suffering and environmental degradation, especially climate change, and seek to solve both.

Share:
Tags:Climate ChangeDiversityEco-ModernismEnvironmental MovementRacism
Previous : Eye on the Courts: A Deputy Public Defender Discovers A Bombshell That Threatens to Bring Down the System
Next : Family Faces Theft and Assault Charges After Repo Man Attempts to Take Their Vehicle