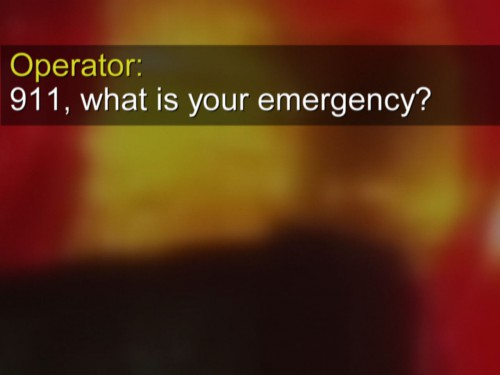 The Davis Police have released a copy of the 911 recording of the murder-suicide call, regarding the incident where Joseph Hein shot himself and roommate Whitney Engler at their home on Glacier Drive.  As it turned out Mr. Hein was calmly explaining to the dispatcher what he himself had done and what was about to do.

Hein: Hi there. I need an ambulance and a squad car at 2210 Glacier Drive, Davis, California

Dispatch: Who had the gun?

Dispatch: And do you know who they are?

Hein: yup — they live there.

Dispatch: OK. Are they alive?

Hein: No, I don’t believe so

Dispatch: And who are you?

Hein: My name is Joseph

Dispatch: And how did you find out about this, Joseph?

Hein: Uh, I just walked in on it. But that’s all I can say now. But uh, send that ASAP — we’re less than a mile away from Sutter Davis

Dispatch: OK. Can you stay on scene, Joseph, until I get officers and an ambulance out there?

Hein: I will be on scene

Dispatch: And how did you get the information that they were there again?

Hein: I have to go now. Sorry. Goodbye

Dispatch: OK, could I get your callback number?

At this point the call disconnects.

Assistant Chief Darren Pytel told the Vanguard last week that shots were heard prior to the arrival of police on the scene. The coroner found that the individuals would have died immediately.

Pytel told the Vanguard that, after looking at the evidence, it is his belief that Mr. Hein took his life shortly after placing the 911 call.  “At the time we were out there, no – not until the door was breached and there was no response at all.”

Mr. Pytel said he found the call “alarming.”  He said, “the calm, matter of fact tone, the reference to being close to Sutter Davis Hospital (alive people need a hospital, not dead people), asking for an ambulance (again, alive people who need help need an ambulance), get here ASAP with a squad car, yes I’ll be on scene. All these made it seem like he was alive on scene and waiting.”

During our interview last week, Darren Pytel said that the police immediately believed the call was credible.  He elaborated this morning, “The very matter of fact, stoic voice, plus details.”

Share:
Tags:911 CallDarren PytelDavis PoliceJoseph HeinMurder
Previous : Commentary: The Theatre of the Absurd
Next : One Week Away: Family Court Crisis: Who WIll Protect the Children?