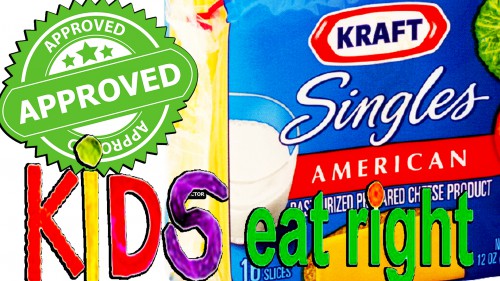 The American Academy of Nutrition and Dietetics (“Academy”) and Kraft Foods have ended an arrangement in which the ‘Kids Eat Right’ logo would appear on Kraft Singles wrappers. The Academy buckled under pressure from some of its members and from an online petition called #RepealTheSeal, sponsored by the Dietitians for Professional Integrity.

The Academy is the world’s largest organization of food and nutrition professionals. The Academy Foundation is the charitable arm of the Academy which runs the Kids Eat Right child nutrition education program and owns the logo.

The Academy initially defended the arrangement in a press release as consistent with the educational purposes of its foundation. “This collaboration does not constitute any endorsement…The Kids Eat Right logo on Kraft Singles packaging identifies the brand as a proud supporter of Kids Eat Right.”

A Kraft spokesperson later explained why the company would not use the logo. “Although we stand by our decision to work together to shine a light on [nutrition issues] and not to serve as a product endorsement, we believe misperceptions are overshadowing the campaign.”

One of the goals of the Academy’s sponsorship program is “delivering Academy-approved nutrition messages to a wider consumer audience than the Academy could reach using its own resources.”

The Academy’s corporate sponsor guidelines state that all educational tools, materials for members and nutrition messages for consumers must be “consistent with sound science and Academy positions and philosophies.” In addition, they require “clear separation of Academy messages and content from brand information or promotion” and “no endorsement of any particular brand or company product.”

Current Academy sponsors include PepsiCo, Unilever, and the Coca-Cola Company Beverage Institute for Health and Wellness.

The Dietitians for Professional Integrity’s petition stated, “A logo on a product label is an endorsement, an alignment, and recognition of a paid relationship. Simply stating otherwise in a press release, no matter how emphatically, doesn’t change this fact.” The petition also demanded that the detailed terms of the deal between the Academy and Kraft be disclosed.

Dietitians for Professional Integrity was founded in 2013, shortly after The New York Times published a story on a report by Michele Simon, J.D., M.P.H. The report, entitled “And Now a Word from our Sponsors” criticized the Academy’s sponsorship model, suggesting that the Academy disclose more details about its corporate sponsorships and end corporate-sponsored continuing education and education sessions at its annual meetings.

For example, the report criticized Hershey’s sponsorship of a 2012 Academy annual meeting workshop which featured a tour of Hershey’s Chocolate Lab. Simon wrote, “To cover up the fact that nutrition professionals were visiting a candy store, the event was called ‘From Nature to Nutrition: A Hands-on Exploration of Natural Cocoa from the Bean to Health Benefits’…”

Another section of the report criticized ANDPAC, the lobbying arm of the Academy, for not supporting “controversial nutrition policies that might upset corporate sponsors, such as limits on soft drink sizes, soda taxes, or GMO labels.”

Dietitians for Professional Integrity offers an alternative rubric for the Academy to evaluate potential sponsors. Preferred criteria include “100% of products 100% GMO free or 100% organic;  50% or more certifiable products are fair trade; all employees have option to unionize; all meat and dairy is grass-fed/pastured and organic; 100% of company products do not engage in any marketing targeted at children; and parent company and subsidiaries are pro-labeling (i.e. as demonstrated by spending money to support labeling measures or are already engaged in GMO labeling practices).”

Simon is President of Oakland-based Eat Drink Politics, which “specializes in legal strategies to counter corporate tactics that harm the public’s health.” She advertises her business as a “one-stop shop for publishing hard-hitting reports and academic articles that gain widespread media attention.” She authored the book Appetite for Profit: How the Food Industry Undermines Our Health and How to Fight Back.

According to the Academy, Simon participated in a Twitter chat in February, 2013, during which she was asked several times to disclose the sponsor of her report. “She tweeted a link to her website which states ‘some of our clients and funders prefer to remain anonymous for various reasons and we respect those wishes.’”