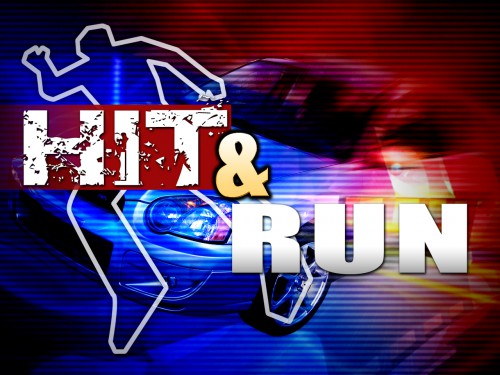 On Friday, a Yolo County Jury convicted Armando Gonzalez, 41, of second degree murder. His crime was driving a car, having an epileptic seizure, and crashing his vehicle into an 85-year-old woman’s car which resulted in her death.

This is a tough case and, of course, a very tragic case. But with the conviction, Mr. Gonzalez now faces potentially a life sentence of 19 years to life. The district attorney trying this case acknowledged that this was only the second murder conviction they know of where a medical condition has become the basis for a second-degree murder charge.

The DA has a good case for gross vehicular manslaughter in this case – which the jury also convicted Mr. Gonzalez of. Mr. Gonzalez’s grossly negligent conduct caused the death of another person. As the court notes, “Gross negligence involves more than ordinary carelessness, inattention, or mistake in judgment.”

The person acts “in a reckless way that creates a high risk of death or great bodily injury” and “a reasonable person would have known that acting in that way would create such a risk.” The instructions to the jury continue, “In other words, a person acts with gross negligence when the way he or she acts is so different from how an ordinarily careful person would act in the same situation that his or her act amounts to disregard for human life or indifference to the consequences of that act.”

Mr. Gonzalez had a history of four previous accidents in 2002, 2004, 2010 and 2011. In one of those accidents, in 2004, Mr. Gonzalez lost consciousness and hit a cement wall, shattering both of his legs. The defendant had to be life-flighted to a hospital where pins were inserted into his legs and surgery was required on his brain.

On the morning of February 1, 2014, Mr. Gonzalez informed his boss that he was not feeling well after experiencing two absence seizures, brief and sudden lapses of consciousness. His boss excused him from work and he proceeded to get into his car and drive home, despite his condition at the time.

The prosecution also alleged and the jury convicted Mr. Gonzalez of lying to the DMV and his doctors about the frequency of his seizures so that he would not lose his driver’s license.

Ms. Zambor argued that this indicated that Mr. Gonzalez was fully aware that, if he told the truth, he would be considered too dangerous to drive. He also neglected to tell his neurologists about his prior collisions. Therefore, the neurologists and the DMV did not have full information and could not accurately determine whether Mr. Gonzalez was safe to operate a vehicle.

This was a slam dunk case for gross negligence – Mr. Gonzalez knew he had seizures, he knew he was a risk to get into an accident, and he knew he wasn’t feeling well after suffering two absence seizures earlier in the day. He should not have been driving.

An ordinary person should have and would have known that they were a risk to have another seizure and therefore a risk to get into an accident.

In his defense, Mr. Jimenez further argued that Mr. Gonzalez had driven on many occasions where no accident occurred and that his client had stressors present on a regular basis.

This isn’t like a drunk driving case. In a drunk driving case, the individual who drinks is willingly taking a drug that impairs their judgment. So, having impaired judgment is not an excuse for jumping in a car while drunk and causing a fatal accident. However in this case, we do not really know to what extend Mr. Gonzalez was impaired.

While Mr. Gonzalez was able to hire private counsel, he didn’t bring in expert witnesses who could bolster his case. There was no doctor or neurologist. They didn’t bring in an expert on epilepsy who would have been able to bolster Mr. Jimenez’ arguments. This is a flaw in the system, because Mr. Gonzalez who sat in the courtroom with an interpreter translating the proceedings for him, was likely unable to afford expert witnesses that could run in the tens of thousands of dollars.

The biggest question we have in this case is how you get from an accident caused by an epileptic seizure to implied malice. Second-degree murder is defined “as an intentional killing that was not premeditated.”

Under California law the prosecutor has to show the conduct reflects an “abandoned and malignant heart.” “Implied malice may arise if the defendant meant to create the circumstances that resulted in the killing of another person. When a criminal case lacks malice, the prosecutor will likely need to pursue manslaughter charges instead of murder charges.”

Given how rare such a charge admittedly is – I think second degree murder is a huge stretch here. There is no intentionality. Whereas the prosecution is trying to argue that Mr. Gonzalez’s actions are so extreme they imply malice here. in fact, they just seem grossly negligent ‒ especially when compounded with the potential impaired judgment from the previous seizures.

A life sentence, even if he would likely be paroled at some point, seems rather extreme in this case. We have a tragic accident, very questionable judgment, but all of that adds up to gross negligence, not intentional murder.

Life in prison for this poor and tragic judgment seems a stretch. A prison sentence commensurate with gross vehicular homicide, along with a lifelong ban on driving, seems more in order.

In no way does this analysis minimize the tragic loss of life here. This seems like yet another case where Mr. Gonzalez needs to understand the gravity of his actions and the harm he has caused. A restorative justice approach might allow him to do that.

Share:
Tags:Court WatchDistrict AttorneyHit and RunSecond Degree MurderYolo County
Previous : My View II: In Defense of Almonds or Re-Examining Agriculture in California
Next : Sunday Commentary: Does Davis Really Control Its Own Destiny?