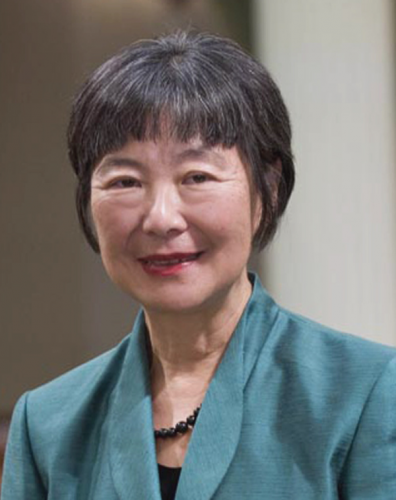 Individuals and organizations are lining up to support Mariko Yamada for State Senate District 3. Current 30th District Assemblymember Luis Alejo (D-Salinas), Yolo County Supervisor Jim Provenza, the California Association of Psychiatric Technicians (CAPT) and Stonewall Young Democrats are among those announcing their support for Yamada as the best choice for the State Senate’s 3rd District.

“I’m very thankful for the outpouring of early support for our campaign over the past month since I announced my candidacy,” said Yamada. “As an Assemblymember and Yolo County Supervisor, I’ve been proud to be a voice for this region on key issues. As State Senator, I’ll be ready to roll up my sleeves and continue to help families, small businesses, farmers, seniors, the disabled and veterans get the support they need to have the best chance to succeed.”

Assemblymember Luis Alejo (D-Salinas) said, “Serving alongside Mariko, you learn that she is a person of her word, and one who cares deeply about her constituents and the future of all Californians. We need her passion and commitment to social and environmental justice in the California Senate.”

“Mariko is a lifelong public servant whose values in community service are second to none. She was a strong advocate for Yolo County during her six years in the State Assembly, particularly on issues affecting seniors and veterans. Her experience spans both coasts, northern and southern California, and the local, state, and federal levels,” said Yolo County Supervisor Jim Provenza (District 4). “With her background and commitment to serving her constituents, she is ready to assume the complex responsibilities of a California State Senator. I am proud to support her.”

“On behalf of our nearly 6,000 state employed members and 8,000 additional licensed Psych Techs statewide, CAPT proudly endorses Mariko Yamada in her 2016 bid for the Third District State Senate seat,” said Juan Nolasco, CAPT State President. “Mariko’s demonstrated care, advocacy and concern for both our workers and the patients we serve in state hospitals, developmental centers and other California facilities has earned our trust and support.”

“Stonewall Young Democrats is delighted to early endorse Mariko Yamada for State Senate. In addition to being an exemplary ally of the LGBT Community in the fight for equality, Mariko won our endorsement because she also has demonstrated that she has the greatest depth and knowledge in all areas that Californians care about – the environment, education, and more,” said Ari Ruiz, Former President and Current Vice President, Stonewall Young Democrats. “We are fortunate to endorse Mariko as a State Senator, she is the best prepared candidate to serve all Californians.”

“I’m proud to support Mariko Yamada for California State Senate,” said State Controller Betty Yee. She continued, “With Mariko, we know we’ll have a proven leader in office who isn’t afraid to take on tough fights. She’s worked to protect our environment, support small businesses and stand up for seniors and the disabled. She brings a real world perspective to the job, which isn’t surprising given her background as a social worker. We need her compassion, her knowledge and her energy in the State Senate.”

“Through some of California’s toughest years, I could count on Mariko to be a voice of reason who always put her constituents first.  With so many still struggling, we need experienced leaders like Mariko Yamada to stand up for the needs of working families. She understands what it means to give everyone the opportunity to succeed,” said State Treasurer John Chiang.

“Mariko Yamada has been a champion for seniors, the disabled, veterans and the most vulnerable members of our community. She doesn’t do what’s politically easy – she does what’s right,” said State Insurance Commissioner Dave Jones. “I support Mariko because I know that she’ll always be a voice for those who need it the most.”

For more information on Mariko Yamada’s campaign and a full list of endorsements, please visit her website at www.YamadaforSenate.net.