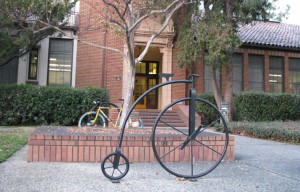 (Posted without Commentary from City Release)

Diane will leave her current position as Deputy to Yolo County Supervisor Don Saylor, which she has held for the past 4 ½ years.  Prior to that, Diane served as Executive Director of the Yolo County Visitors Bureau based in downtown Davis.  Before moving to Davis with her family in 2002, Diane was the Senior Vice President of Account Services for Palisades Media Group, a Santa Monica advertising agency.  Her clients over the years included Sears, Target, Caesars Place, Universal Pictures & Theme Parks and Miramax Films.  In her free time, Diane serves on the Boards of the Davis Arts Center, Davis Farmer’s Market and the Davis Food Co-op.

Diane graduated with a Bachelor of Arts in English Literature from Pitzer College in Claremont, CA.

“I am thrilled Diane will be joining our City of Davis team.  I had the privilege of working with Diane in Yolo County and her unique skill set and familiarity with Davis will certainly add value to Davis’ economic development efforts.” said Brazil.

Parro will be responsible for managing the City’s diverse economic development portfolio and will serve as a key resource in efforts to promote the Arts, partner with UC Davis, strengthen downtown Davis and work with all interested parties in the possible development of an Innovation Center.

“I am honored to have the opportunity to serve my community and look forward to working collaboratively with the Davis leadership, skilled staff and engaged community” states Parro.