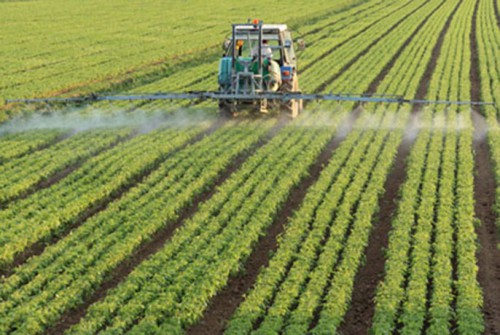 Last week, UC President Janet Napolitano and UC Davis Chancellor Linda Katehi joined the Brookings Institution in Washington, D.C. to discuss new research by Brookings on the economic costs of obesity in the United States. Chancellor Katehi emphasized the role of UC Davis in curbing the obesity epidemic and its negative impacts on the economy of the Central Valley.

The Chancellor opened the session. She began by noting that the Central Valley faces some of the greatest impacts of obesity, primarily because it has some of the poorest communities in the state. She described the irony that, while farm workers directly participate in the production of agricultural products, they have limited access to fresh, high quality food. Instead, farm workers tend to rely on processed foods, which are more available and affordable but also high in fat and sugar. As a result, obesity has become an epidemic in these communities.

“We all know that obesity makes people sick. It destroys communities in many ways, making them less productive, and it has a great impact on the economies of these communities,” she said. This has a negative impact on businesses and the quality of schools, decreasing economic development and upward mobility.

Chancellor Katehi explained that the World Food Center is studying obesity from medical, public health and economic perspectives. “Obesity is not just a health issue but also a policy issue,” she said. UC Davis faculty are trying to understand obesity as an epidemic and help the state institute policies to eradicate it.

The Chancellor stated that because education and economic development are key missions of the university, the university must take actions to change the conditions that promote obesity. She noted that providing a college education to students from poor communities is part of the process. “Education and access to healthy food are absolutely critically connected,” she added.

President Napolitano gave the keynote address. She first reviewed the Brookings study findings. The study model revealed that the per capita lifetime societal costs – including medical and lost productivity – are over $92,000 higher for an individual with obesity than for a normal weight individual. Using this estimate, if all 12.7 million U.S. youth with obesity grow up to become obese adults, the societal costs over their lifetime may exceed $1.1 trillion. These findings are “sobering to say the least,” and “and a clarion call to action,” she said.

President Napolitano said there is much to be done on the public policy and public health front to manage successfully an issue like obesity. It will require collaboration and cooperation among state and federal governments, medical centers, public health boards, and a wide range of public and private organizations, including the food industry.

“Today I would like to submit that public research universities like UC can and will help lead the way as we grapple with this complex and considerable challenge.” She described the World Food Center as a model for research in obesity and one example of what the UC as a whole is doing to tackle obesity and other issues in the broader category of “food.”

She then described the UC’s Global Food Initiative and its one central mission point: To put the world on a pathway to feed itself in ways that are nutritious and sustainable. She gave several examples of UC research within the Global Food Initiative, including Alberto Aguilera, M.P.H., a Ph.D. student with the Graduate Group in Nutritional Biology at UC Davis.

Aguilera is doing research to prevent obesity among children of Mexican migrant workers in the Central Valley community of Firebaugh. He was inspired to do this research because he grew up in such a community and knows first-hand the struggles facing migrant worker parents. He is studying a new skin scanning technique to determine children’s fruit and vegetable consumption levels. He is using the data to develop a nutrition report card for parents. He is also working to recreate traditional Mexican recipes with greater nutritional value.

25 thoughts on “Chancellor Katehi: Combating Obesity is Critical to the Economic Health of the Central Valley”