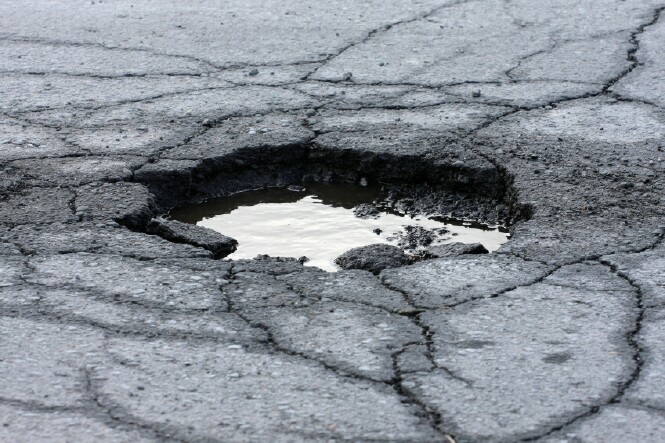 In recent days, the Vanguard has noted what would appear to be a trend. The city finances have come in better than expected. There has been talk, at least, about some sort of increase of employee compensation – perhaps that would be in a form of a COLA (cost-of-living adjustment), perhaps more substantial.

At the same time, there has been talk about potentially co-mingling revenue efforts for roads with a a new swimming complex and now a sports park. However, not only is there a belief that such co-mingling could undermine community support for vital infrastructure, there is disagreement about the priorities.

As Councilmember Brett Lee put it last June, “It’s [useful] to split the ‘need to have’ versus the ‘nice to have’. Road and sidewalk – need to have. Swimming pool upgraded facility – that’s a nice to have.”

Moreover, as Mayor Pro Tem Robb Davis, who was not yet on the council last June when these discussion took place, told the Vanguard on Monday morning: “I do not recall this being discussed during Council goal setting nor was it approved as a goal of this council. I question the wisdom of using a utility tax or innovation park development agreement funds to fund it.”

He added, “I also question the wisdom of building new infrastructure if we are not paying for the infrastructure we already have. I have been consistent in calling for an identification of all current infrastructure replacement costs and beginning to intentionally budget for them. That should be our focus in my view: pay first to maintain what we have.”

The city still faces serious economic obstacles. Roads alone are coming in at a price tag of well over $100 million. The city may have utilized the sales tax and cut over 100 positions from government, along with reforming employee medical cashout and the structure of OPEB, and transitioned the employees to pay their share of PERS – all of which staved off potential bankruptcy for the city.

Adding goodies to necessities makes it appear to the average citizen that we no longer have a funding crisis. We must therefore prioritize our spending to address the necessities first.

If only the city council had laid out their priorities, we might have avoided these kinds of disputes. Oh wait – they did. In fact, it was on February 3, 2015, just over three months ago that the council last worked with the list of goals that were developed in November 2014 and approved on December 2, 2014.

It is important to note that these were consensus goals. At the outset, note that several of these goals are interrelated, notably ensure fiscal resilience, drive innovation and economic vitality, and build and promote a vibrant downtown.

When the Vanguard talked to Robb Davis last week, he cited the council goal of resilience, which he saw in part as economic, “in that we’re not over-relying on a single sector to drive the economy or to provide the resources that we need to have the city services.”

But also contained within that goal was the notion that the city “[e]nsure labor contracts reflect long-term sustainability to support delivery of services.”

We will focus right now on No. 6 because, as Robb Davis noted on Monday, neither the sports park nor the pools were included in Goal 6 – “Fund, Maintain and Improve Infrastructure.”

Instead, there were five sub-components. First, “Evaluate water conservation strategies on greenbelts and in parks and include community participation.” This is not just a drought-related deal, but part of the huge cost increases to the general fund that were going to be the costs of water for greenbelts and parks.

Second, “Develop plans and funding strategies to address the long term needs of the community in planning for infrastructure and city assets.” Among the sub-components of this are to develop a reserve policy for funding infrastructure, assess condition of city assets and infrastructure, and survey streets and bike paths for conditions and maintenance assumptions on a regular basis.

Third was to sustain existing infrastructure, identifying areas where improvements are necessary.

Fourth is “provide a safe and efficient circulation system.” This includes bike circulation and safety along with sidewalks.

Finally, “Address long-term maintenance and funding needs for parks, open spaces and wildlife habitat areas.” Part of what the parcel tax might need to address is the fact that the parks tax passed in 2012 only maintained current funding, it did not increase to levels where existing infrastructure could be upgraded or repaired.

The Davis City Council, therefore, over the course of three different meetings laid out their goals and priorities. These goals and priorities did not include co-mingling the necessities – infrastructure needs that were clearly identified – roads, sidewalks, bike paths, greenbelts, parks, and buildings.

It is worth noting that it is not clear that there will be a two-thirds level of support for even just roads. When the council polled a year ago, they found that the voters would not support funding at the $150 per year parcel tax level for infrastructure. Moreover, even at $100, the support was only 62 percent, 5 percentage points below the two-thirds threshold.

At the time, many of the Vanguard’s readers balked at the idea of including pools in the mix. Now the mayor is talking about adding a $25 million sports complex at a time when the parcel tax itself is in doubt, despite the hundreds of millions that the city needs to shore up critical infrastructure.

Mayor Wolk told the paper that a ballot measure could come in June 2016 in the form of a utility users tax. He says that “an advisory measure would accompany the effort, which if passed, would ask voters ‘how do you want that money spent? Roads, pools, a sports park …’”

That was definitely news to several of his colleagues who had thought they had already laid out their priorities – and a sports complex was not one of them.

It is not simply a matter that we can put the tax on the ballot and see if the voters will support it, because their support for a sports park could also come at the expense of more critical infrastructure needs.

Our suggestion would be to shelve this idea until the critical needs are addressed and then revisit it perhaps in 2018 when we can see where things are headed more clearly.

17 thoughts on “Commentary: Council Should Prioritize Spending… Oh Wait, They Have”