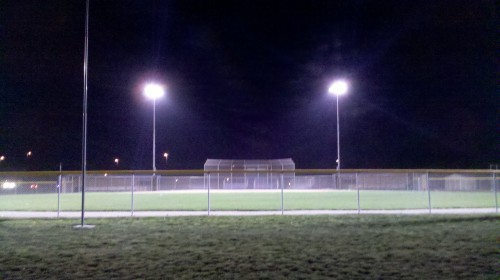 I must admit I was caught off-guard when I saw the bold headline in the paper yesterday morning (Wolk’s ‘Renew Davis’ Resurrects Sports Park Vision). I would soon find out I was not the only one getting several messages about it.

Aside from the article and especially the headline reading more like a campaign promotion than an objective news article, the question is where this idea came from. The council has not discussed a sports park vision during its recent goal-setting conference. Nor has the council approved it as some sort of a goal.

And yet the article informs us that “Mayor Dan Wolk, as part of his “Renew Davis” philosophy, will recommend that a 100-acre site on County Road 102 be considered for a multi-field complex; a site that would host AYSO soccer, Davis Youth Softball Association and Little League teams.”

The community has had a number of discussions about a sports park. Most recently the city has focused on city-owned land off of I-80 at Howatt Ranch, however, concerns were expressed about the location being far outside of town and precluding kids from being able to walk or bike to the location.

Other efforts to move the sports park concept to alternative locations have fallen apart. Mayor Wolk told the paper that the project was put on the back burner because “it didn’t have a champion on the City Council and because of the economic downturn. … Davis needed to prioritize.”

At the same time, the city appears to be moving ahead with plans for soccer fields to the east of town.

The Mayor told the paper that he has met twice with various league officials “to assess their needs and discover levels of support.”

He told the paper, “We talked about what works: eight fields at minimum for AYSO, according to them; Little League is looking to expand from the current fields they have; the Davis Youth Softball Association is looking at six total fields.”

He also said the costs: “Improvements to the Road 102 site, adjacent to the PVUSA photovoltaic farm and the Blue Max go-kart track, were estimated to cost $25 million in 2010. Wolk says the city will have to refigure current-day costs, money that, he says, could come from four sources.”

The idea of putting a swimming pool complex in with critical road repair needs was controversial a year ago with many objecting to mixing necessities with optional expenditures.

But Dan Wolk’s proposal goes a lot further. He told the Enterprise that the sports complex, “would be part of an infrastructure (ballot measure) that would finance roads, a rebuilding of the Community Park Pool and, possibly, the sports park… That would help fund a good chunk of the sports park.”

This is the first evidence that we have that the parcel tax has not dropped completely off the council radar.

The Enterprise reports, “That ballot measure, Wolk continues, could come as early as June 2016 in the form of a utility users tax. Wolk says an advisory measure would accompany the effort, which if passed, would ask voters “how do you want that money spent? Roads, pools, a sports park …””

The question I think a lot of people are probably having right now is where did this proposal come from. There have not been any public discussions by the city council in the last year.

When the proposal came up last June, only Dan Wolk appeared in support of expanding the parcel tax to include swimming pools.

The roads issue is a huge issue – that alone could cost the city over $100 million even with the city pumping in $4 million a year from the general fund and even if the figures get downwardly revised due to a leveling off of pavement costs.

But now in addition to a new pool facility, we see the discussion emerging out of nowhere about a new sport complex.

There is a prevailing sentiment from the people I have spoken too that we should not be building new infrastructure, if we have not paid for the infrastructure that we have already.

It is critical to point out that as of now, it is not clear where the other support on the city council will come from and moreover it has not been discussed publicly.

As Mayor Pro Tem Robb Davis, who was not yet on the council last June when these discussion took place, told the Vanguard this morning: “I do not recall this being discussed during Council goal setting nor was it approved as a goal of this council. I question the wisdom of using a utility tax or innovation park development agreement funds to fund it.”

He added, “I also question the wisdom of building new infrastructure if we are not paying for the infrastructure we already have. I have been consistent in calling for an identification of all current infrastructure replacement costs and beginning to intentionally budget for them. That should be our focus in my view: pay first to maintain what we have.”

However, the Mayor has jumped started this conversation and it will be interesting to see how it plays out.

37 thoughts on “Monday Morning Thoughts: Slow Down on the Sports Park Vision”