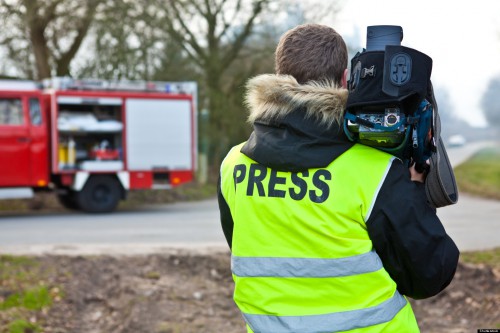 CEO and lead reporter for the Davis Vanguard, David Greenwald, was subpoenaed and ordered to appear in court on the afternoon of May 4, 2015, after the Yolo County District Attorney’s office caught wind of a recent Vanguard article, in part describing the felony case of Guillermo and Sandra Bonilla along with Juan Bonilla, from their perspective. The initial interview took place several months prior, and an article was published after Mr. Greenwald learned that the case would go to trial during the coming week.

Deputy District Attorney Michael Favero believed there to be inconsistencies in Mrs. Bonilla’s (who has not testified) recollection of events between statements given to counsel and those that she appeared to make to Mr. Greenwald. Mr. Greenwald was thusly subpoenaed in hopes that he could help provide an authentic account of the events that took place on May 11, 2013, in West Sacramento.

Mr. Greenwald, represented by Sacramento Attorney Josh Kaizuka, moved to quash the subpoena to protect the reporter from being asked to reveal unpublished information about the article’s sources.

Under the new California Shield Law, passed in 2013, journalists and bloggers who report the news to the public are protected from being forced to testify about their work. Not all are covered under this law, however, a “covered journalist,” someone who gathers and reports news for “an entity or service that disseminates news and information” is entitled to its protection.

According to Senator Feinstein, the “covered journalist” definition includes freelancers, part-timers, and student journalists. The only disclosures that reporters may be compelled to make are those that would lead to the prevention of crimes such as murder, kidnapping, child abduction, or “acts of terrorism.”

The First Amendment coalition writes, “The California Shield Law provides legal protections to journalists seeking to maintain the confidentiality of an unnamed source or unpublished information obtained during newsgathering.” 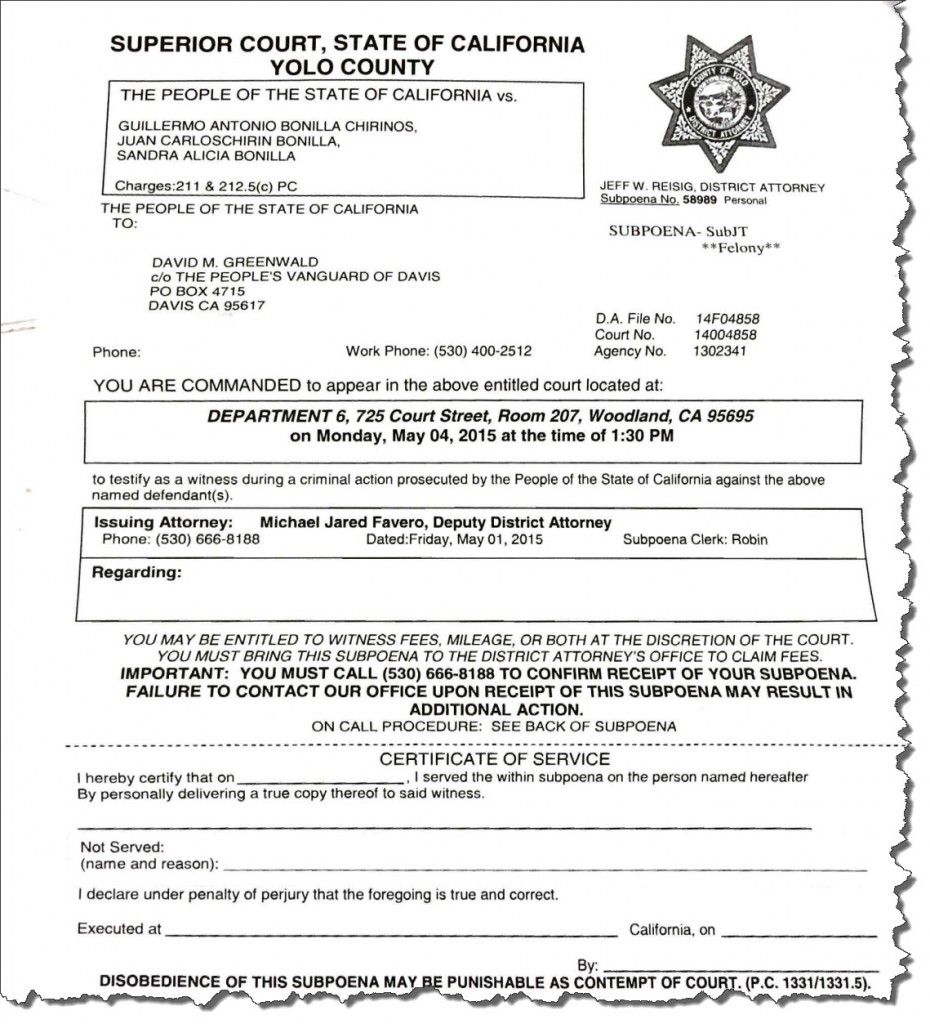 Mr. Greenwald’s recent article, published April 21, 2015, does not contain any of the aforementioned conditions that would compel him to reveal unpublished materials. Also, Mr. and Mrs. Bonilla’s words were never directly quoted within the article. The couple’s story was paraphrased by Mr. Greenwald, and therefore, naturally subject to possible inconsistencies from the Bonillas’ direct, verbal statements in court.

Deputy District Attorneys Ryan Couzens and Michael Favero attempted to discredit the Vanguard by arguing that it is a blog, rather than a legitimate news website. Not only are these statements false, but the Vanguard, under the new California Shield Law, would likely be protected as a blog as well.

Additionally, DDA Couzens cited the case of Rancho Publications v. Superior Court (1999) against the motion. This case does relate to the California Shield Law, however, its subject is that of advertising sources in a print newspaper, which does not seem to apply directly to the current case or motion.

Judge Reed did not buy into the prosecution’s argument and was prepared, barring an explicit controlling legal opinion on Tuesday morning, to accept that the Shield Law covers the Vanguard and would limit the scope of Mr. Greenwald’s testimony.

It is unclear exactly what the District Attorney’s office hopes to gain from Mr. Greenwald’s testimony. However, Judge David W. Reed appeared to agree that the scope of questioning, should Mr. Greenwald take the stand, must be limited to published information. Judge Reed ordered the Vanguard CEO to return on the morning of May 5 to continue discussions concerning the unsettled motion.