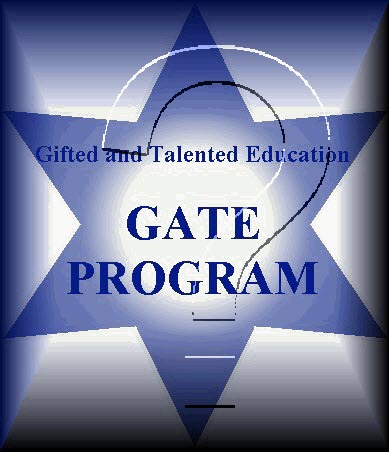 At both the June 4 and June 18 meetings, it seemed that the majority of people from the public were in favor of changes to – if not the ending of – the self-contained AIM program. However, that changed in a dramatic way on Thursday night.

The meeting began early at 6 pm, but the supporters of AIM and the recently terminated longtime AIM Coordinator Deanne Quinn let the district know that there is a large presence in the community supporting the program. Community members spoke for nearly an hour and 45 minutes on Thursday.

Superintendent Winfred Roberson began the meeting clarifying the GATE/AIM program. He said that the district “will continue to offer AIM Services. Based on the June 4 Board of Education decision, we eliminated the use of private testing to qualify students and my staff is working to prepare a plan for how to identify who would first be admitted to the AIM program beginning in the 2016-17 school year.”

The Superintendent announced that that plan would be brought back in the early school year, in the fall, for consideration. Board President Alan Fernandes confirmed with the Vanguard that there will be a July meeting where they will take public comment – but that date has not been set as of yet.

While the Superintendent reassured the public for the coming year, parents on Thursday were clearly shaken in their confidence, with a number of speakers calling on the board to renew Deanne Quinn’s variable services agreement, while others threatened to oppose the school district on school parcel taxes.

Here is a flavor of a few speakers’ comments.

Kristen Lagattuta is a professor of psychology at UC Davis. She objected to using “obsolete grammar school achievements tests” as the basis for evaluation of the Davis AIM program by some researchers for UC Davis. She said, “If the school board wants to substantially reduce the size of AIM, there needs to be a clear, transparent plan of how to implement this change. Drastically changing this program that has been in place for decades will take very careful planning and should be rolled out gradually.”

Chian Ohler expressed concern about recent decisions by the board. She said, “I just heard that the Superintendent is working on a plan so it seems premature to discontinue an existing plan before you have new planning in place.” She also criticized the termination of Deanne Quinn, calling her “a well-loved AIM coordinator and a great resource for teachers… and she has vast experience over 20 years handling AIM issues.”

She said that these two decisions suggest that a major change is in the making. When doing so, she said, “I believe that the board should follow the Brown Act to properly notice particular change or intent to make certain changes…” She said when she looked at the agenda, none of these items were mentioned specifically in the agenda.

Heema Govindjee-Merchant expressed disappointment with the decisions regarding the AIM program. “I do not understand why you have chosen not to reinstate Deanne Quinn as the AIM coordinator. By doing so you are not representing me or other AIM families with this decision. You have not given us any opportunity to give our opinion and it seems as though you have made your decisions before even coming to the meeting… I am very disappointed. I have lost my trust in you.”

She added, “AIM families are surprised and in fact shocked about the way in which you have voted. They are saying shouldn’t we be notified or surveyed about our experience in the program prior to the board making decisions that will define AIM and change the way it operates in the future.”

She challenged the contention by Board President Fernandes that AIM has not been changed. “By voting to end private testing and firing our acclaimed GATE coordinator, you are making very big changes.”

Marla Cook, a longtime teacher in Davis, said, “If what you wanted to do was change the program, I’d like to suggest a better way to approach it than a late night vote on an item somewhat on the agenda and one not listed on the agenda.” She suggested the district take the entire next year to hold public meetings on the subject of AIM and differentiated instruction. These meetings, she said, should include those happy with the program and those “happy to have it gone.” She said, “Lead a productive dialog, listen to them all.”

Ms. Cook stated that for years the district has heard primarily from two groups – those who love the program and those who hate it. She said, “But what are the real concerns and how can they be resolved through grown up dialogue?” She suggested looking for ways to resolve these issues “rather than by choosing a side – provide solutions that will work for all.”

She added, “For awhile now the school board has been accused of playing to personnel issues – the volleyball scandal comes to mind – when the AIM committee suggested changes in the program five years ago we suggested raising the qualifying scores, offering training to all teachers… board members then looked away…”

Christine Farnum expressed concern about the process. She said that she’s been paying attention to the school board meetings, but “I was completely blindsided by these two decisions, didn’t expect them, didn’t see anything about them on the agendas or have any reason to expect that the process for eligibility would be so drastically changed and that the coordinator would be eliminated.”

She added, “I’m not the only person that feels blindsided and whose trust in this and the board has really been shaken.” “I know that GATE can be a divisive issue in our community. People feel like it creates a divide. These last two decisions have created a huge gap.”

This was just a brief flavor of the over 100 minutes of comments received by the board on Tuesday. The board will likely hold a hearing in July and then again in September, as they work their way through this process.

Share:
Tags:AIMDifferentiated InstructionDJUSDGATE IdentificationSchool Board
Previous : My View: Marriage Equality Came Much Sooner Than Expected
Next : A Battle Won Against Racial Discrimination