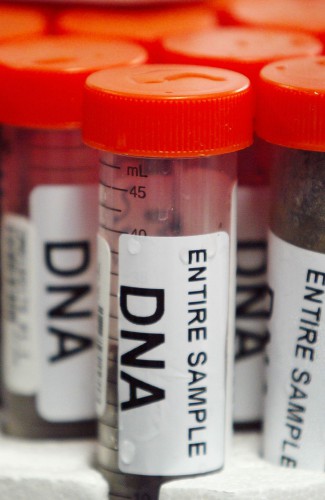 It is worth reading the entire and stunning story from Frontline, The Marshall Project and Fusion, “The Surprisingly Imperfect Science of DNA Testing: How a proven tool may be anything but.” The problem, like that of fingerprint analysis, rests in the testing of the DNA, not necessarily the DNA itself.

In the mid-1990s, DNA testing and understanding of DNA testing was still in its infancy. The jury in the OJ Simpson case, disregarded strong but clumsily-explained DNA testing to acquit Simpson of the double murder. But, since then, DNA evidence has risen in trust.

As the article notes, “Today, most of us see DNA evidence as terrifically persuasive: A 2005 Gallup poll found that 85 percent of Americans considered DNA to be either very or completely reliable. Studies by researchers at the University of Nevada, Yale, and Claremont McKenna College found that  jurors rated DNA evidence 95 percent accurate and between 90 and 94 percent persuasive, depending on where the DNA was found.”

That faith can be shaken, “but only when lawyers made a convincing case that a lab had a history of errors.”

So-called forensic science has proven to be less than reliable. Critics point to lack of actual scientific backing for some of the claims. But, “DNA was different.” As Frontline notes, “It came up through science, which began, in the 1950s, to unravel the ways the double helix drafts our existence. When DNA profiling led to its first conviction in a U.S. courtroom in 1987, DNA had already vaulted through the validating hoops of the scientific method. Soon it was accompanied by odds with enough zeros in front of the decimal to eliminate reasonable doubt.”

They write, “In the three decades since DNA emerged as a forensic tool, courts have rarely been skeptical about its power. When the technique of identifying people by their genes was invented, it seemed like just the thing the justice system had always been waiting for: Bare, scientific fact that could circumvent the problems of human perception, motivation, and bias.”

While other forensic sciences had attempted this… “Lie detector tests, ballistics, fingerprinting, arson analysis, hair examinations — all aim to provide evidence independent of the flawed humans wrapped up in an investigation. But those methods were invented by law-enforcement agencies eager for clues; it is now well established that their results are not always sound.”

The key thing here is that DNA testing can be reliable. “The method is unequivocal when it tests a large quantity of one person’s well-preserved genes, when it’s clear how that evidence arrived at a crime scene, and when the lab makes no errors in its work.”

The problem: “Those are not circumstances enjoyed by every criminal investigation.”

One example of the problem is the story that Frontline tells at the outset of their story. A cold case from 1984, a murder. In 2010, there was a cheese wrapper that had been sitting for 27 years inside a manila envelope in the St. Charles Police Department’s property room.

One of the investigators “asked the county forensics lab to test it and 14 other items from the crime scene for DNA.” As Frontline reports, when the DNA technician examined it, “[s]everal of the swabs returned nothing useful, but one produced a chart with a handful of peaks, each representing a genetic marker.”

When the technician examined that chart, it was far from ideal. “The amount of genetic material wasn’t exactly abundant, and the DNA had decayed considerably since 1984. Some markers couldn’t be seen at all.”

This is the key: “Conservative technicians might have stopped there, deciding the sample was too compromised to analyze. But Fahnestock continued, piecing together a profile. That profile pointed to someone Harvey had suspected for years — St. Charles native son, Brian McBenge, an ex-boyfriend of Knoernschild’s granddaughter. Six weeks later, a DNA test of a knee-high nylon stocking found behind Knoernschild’s house implicated his younger brother, Cecil McBenge.”

Frontline writes, “The DNA evidence would serve as the basis for prosecuting the brothers for first-degree murder. It was a crime Harvey believed they had gotten away with for decades. But the cheese wrapper may be evidence of something else entirely: the ambiguity of a science most people never doubt.”

The shocking thing that Frontline report is about the 296-page deposition of technician Dan Fanhnestock. Mr. McBenge’s attorney asked him the key question: “Whether Fahnestock could say with certainty that Cecil or Brian were the individuals who left the DNA on the cheese wrapper or the knee-high stocking.”

The answer was “no.” Frontline writes, “Fahnestock’s answer was a simple acknowledgement that even at its best, DNA science is not absolute. To Brian, it was proof that DNA cannot be trusted.”

Frontline tells the story of Kerry Robinson of Georgia. “Robinson was implicated, in part, when two analysts concluded his genes may be present on the victim’s vaginal swabs. The jury convicted, and Robinson received a 20-year sentence.”

However, Greg Hampikian, who is a biology and criminal justice professor at Boise State University and director of the Idaho Innocence Project, testified as a defense expert in that trial and came to the conclusion that “the analysts had reached their conclusion because of unconscious bias: They knew a great deal about the case, including that the detectives believed Robinson was guilty.”

Frontline writes, “To test his suspicions, Hampikian and cognitive neuroscientist Itiel Dror of University College London sent the DNA data to 17 other analysts and asked them to interpret it without any information about the case. Only one agreed with the original analysts.”

However, the Georgia appeals court declined to overturn the conviction, stating that “as long as there is some competent evidence, even though contradicted … we must uphold the jury’s verdict.”

Frontline writes, “Because DNA is more reliable than other forensics, scientists have shrugged off suggestions that it could fall victim to the vagaries of bias. But Dror noted that much DNA analysis involves interpretation. With interpretation comes subjectivity, and with subjectivity can come error.”

“DNA results can be in the eye of the beholder,” Professor Dror said.

This is the same problem that tests like fingerprint analysis – that should be clear and objective – run into. And yet, we have the famous incident where Brandon Mayfield was detained for a time in connection with the Madrid Subway bombing, because of an erroneous fingerprint match.

Strongly suggest the readers read the full article: it is an eye-opener.

Share:
Tags:DNAFingerprintForensic ScienceWrongful Convictions
Previous : Letter: Quinn Made a Deal to Save DJUSD During Budget Crisis
Next : Analysis: If the Public Was Kept in the Dark, Whose Fault Is That?

5 thoughts on “Is DNA Evidence Less Than Bulletproof?”