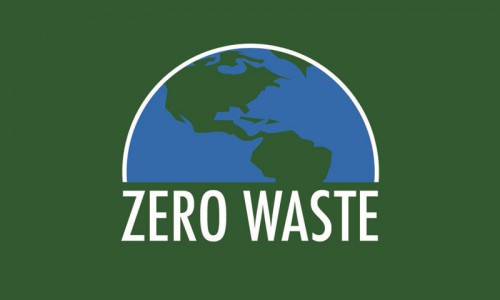 The city of Davis has a long history of taking progressive action when it comes to reducing our waste. We got our start in 1970 when Davis residents Richard Gertman and Barney and Margaret Hill formed the Recycling Awareness Committee of Davis.

This group, whose actions began with the coordination of a newspaper recycling program — which asked residents to bring their newspapers to drop boxes located around the town — evolved, by 1974, into one of nation’s first curbside newspaper, bottle and aluminum recycling programs. It provided Davis residents a convenient way to divert these materials from the landfill.

Now, more than 40 years later, thanks to a council decision made in April to implement a containerized organics collection program, Davis will join 48 other cities in California that allow for curbside pickup of all compostable materials. (The current program allows only for composting of yard waste.)

Once the program is in place, all compostable materials — which basically includes anything that was once alive, or made from something that was living — can go into the bins, allowing Davis residents to divert an estimated 25 percent of their household waste from the landfill.

As someone who is actively attempting to reduce my family’s waste, I’m thrilled with the passage of this ordinance, as it will make a significant impact on how much material ends up in my family’s trash can.

While backyard composting is the best way to deal with compostable waste, and the city offers excellent classes on this topic, composting my own waste comes with challenges I seem incapable off overcoming. Things as basic remembering to turn my pile every once in a while pose a big enough barrier to success, much less figuring out the balance of nitrogen-rich “green stuff” and carbon-rich “brown stuff.”

Apparently, temperature is important. Needless to say, mine never felt any warmer than the air surrounding it, which, from the research I’ve done, indicates that the microbial activity required for decomposition to occur never happened in my back yard.

I have never figured out when I’m supposed to let the pile “rest.” Maybe that is because no pile I’ve attempted ever actually “worked” long enough to need a “rest.”

I hesitate to mention the worm box that we attempted a few summers ago. Let’s just say that I still feel guilty about the horrible end these worms met roasting in the hot Davis summer sun, when we went on vacation and did not think of taking precautions to ensure the worms’ survival while we were gone.

But I have vowed never to put another worm through that miserable experience, even if it meant having to toss some banana peels in the trash.

We have owned chickens now for more than a year, and while we throw them a majority of our food scraps, this method of trash diversion still has limitations. One is that while I’m happy to toss them carrot peels and stale bread, I’m not so keen on tossing them any meat or dairy-based food scraps.

Plus given the number of rats or mice — I’m not sure which, because I didn’t look long enough to confirm — that scurried out of the food scrap pile the last time I “turned” it, I think it is safe to say that the chickens are not the only ones enjoying my son’s leftover pasta, or my daughter’s apple core.

I look forward to receiving my composting bin, so I will no longer have to choose between supporting the ever-growing rodent population in my yard and sending my leftovers to the landfill.

While for the most part I’ve convinced my family to switch to the usable cloth variety, a fair number of food-soiled paper napkins and paper towels still manage to find their way into our garbage along with the compostable food containers our dinner sometimes comes in. This includes the more-than-occasional cardboard pizza box that is a little too grease-stained to place in the recycling bin.

Once the new composting program is in full swing, all these items can be placed in my composting bin, instead of in the trash.

With the addition of this comprehensive organics collection system, the city of Davis’ recycling program — which started as a modest newspaper collection system more than 40 years ago — now gives Davis residence the ability to divert almost all of their day-to-day household waste from the landfill.

This allows the city to move one step closer to reaching its waste reduction target, while giving my family another way to reach our goal of zero waste.

One thought on “Making Zero Waste Easier in Davis”