In September of 2013, after months of turmoil, EMQ FamiliesFirst, located on Fifth Street in Davis, closed its doors. Just three months earlier, Davis Police cars had descended on the facility after about a year’s investigation, which had to deal with repeated runaways, suicidal teens, fights, drug use, children having sex with adults, and finally, the straw that broke the camel’s back, an 11-year-old girl at the home claimed that two older boys had raped her.

What happened next was that one of California’s largest residential facilities for emotionally damaged kids imploded. The State Department of Social Services revoked the group home’s license and has ordered it to close. Yolo County cut off funding. And while FamiliesFirst initially sought to fight the ruling and attempted to stay open, the number of residents eventually dwindled and 42 employees were laid off.

Against that backdrop of tragedy, we have the proposed Sterling Apartments project that would redevelop the six-acre FamiliesFirst property with a new 270-unit, five-story apartment project.

According to the staff report from Wednesday’s Planning Commission meeting, “The project would demolish the existing buildings and construct a new 4- to 5- story apartment building consisting of 270 apartment units, a separate 2-story leasing office/clubhouse building, a 5-story (6-level with top deck) parking structure, site amenities and landscaping.”

Staff notes that the 96 four-bedroom/four-bathroom units comprise the largest share of the 270 units (36 percent) and 843 bedrooms (45 percent). Sixty-eight low- and very-low affordable apartment units would be incorporated onsite in the unit mix to meet the city’s Affordable Housing requirements.

The development is designed with students in mind as the target population, but would not be restricted to students. The project is proposed to be built as a LEED Silver project.

And, of course, there are concerns about the project from neighboring people such as the residents of Rancho Yolo. The staff report states, “The site is not immediately adjacent to sensitive uses, such as single-family housing. Alternatively it is not adjacent to incompatible uses that could create nuisances for the residential use.”

Staff seemed to ignore the fact that Rancho Yolo has 262 single family homes nearly directly across the street from the project site. 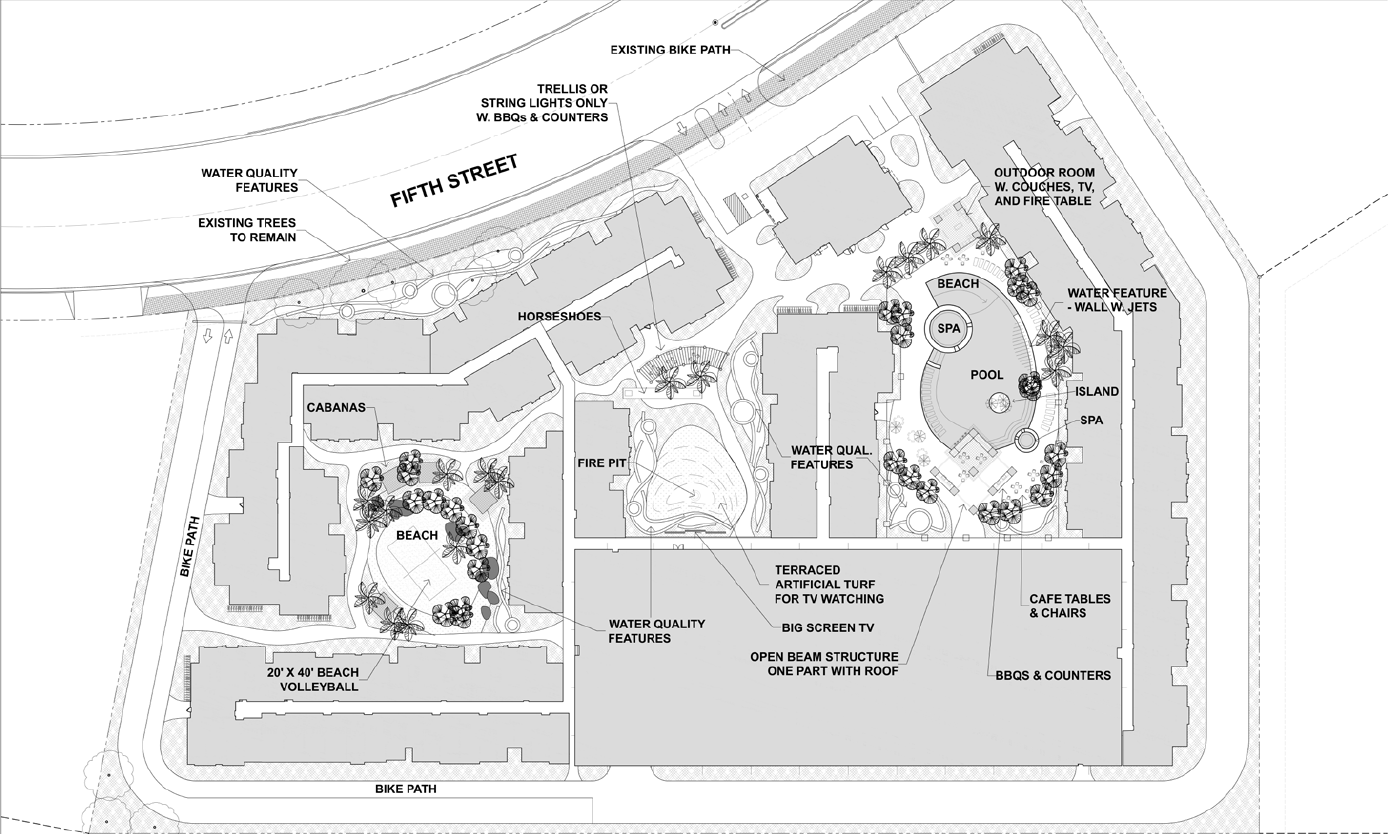 There are complaints about traffic impacts, as the project of 843 bedrooms is expected to add between 1000 and 1300 new residents to the area. The density would require a General Plan Amendment for the land use change from Industrial to High Density Residential.

The high density residential is “encouraged” “near existing activity centers and along corridors well served by non-motorized transportation infrastructure and public transportation (General Plan Action TRANS 1.3). Residential … and redevelopment projects should achieve transit supportive densities within ¼ mile of multi-modal corridors. Such densities would consist of 10 units per acre or greater, if compatible with neighborhood context.”

Such densities help “to facilitate greater affordability without sprawl.”

While those relatively routine land use considerations are offered in opposition, let me offer another thought. FamiliesFirst closed the facility in 2013. But there is nothing wrong with the physical facility.

ProPublica did a lengthy story on the demise of FamiliesFirst and group home models this past month. In the aftermath, they write, “The breakdown at FamiliesFirst has helped spur California to rethink how it cares for its most troubled children, a question that for decades has confounded not just the state but the country. A panel of experts, officials, care providers, and families has generated a raft of reforms it hopes will soon become law.”

They note, “Group homes, too, have increasingly been deemed a failed model, yet year after year vulnerable and volatile California children remain housed in them for lack of a better option.”

Do we as a community simply abandon this clear need?

But there is more. With the advent of AB 109, and the passage of Prop 47, the state is going to have to pump money and resources into local counties and cities to deal with the influx of substance abusers who used to find themselves in custody but now who will need less traditional treatment and facilities to help treat them.

So we are basically allowing a perfectly good facility, set up as a campus and group home, to be torn down to create apartments? I completely agree with those who believe that we need additional apartments. Frankly, I don’t understand the complaint about the density – if there is any place that can handle density it is along the Fifth Street corridor.

But, rather, the complaint is someone is going to have to spend millions in taxpayer money to create new facilities to handle the influx of people needing residential treatment in the wake of criminal justice reforms, and we have such a facility in our midst and we are about to allow it to be demolished without even a community discussion.

As I told one of the councilmembers this week, maybe at the end of the day the best use for this land is high-density apartments, but shouldn’t we bring the city, county and other stakeholders into the discussion first before we allow such a potentially valuable commodity to slip through our hands?

Staff reports, “There has been a significant and multi-year cooperative effort between the property owner and city staff to market and find another use for the existing Families First site based on existing zoning and land use designation and existing facilities. It included investigating a variety of ideas for the existing facilities for various businesses, R&D uses, incubator space, University-related or institutional use, as well as subdivision of the site into smaller parcels. There has been outreach locally and regionally.”

Staff continues, “A long-term effort has been made to find a suitable and interested user for the site before the current multi-family proposal came forward. The City recognizes that the property presents unique challenges given the existing facilities and property size which have made it difficult to attract a viable non-residential use.”

They add, “Even before the Families First facility was closed down in 2013, the facility was underutilized and efforts were being made to market the property. The Families First site filled a community need for a residential treatment facility, but the proposed land use change to high density residential would not result in the loss of an actual industrial or commercial use. Staff believes that it is a worthwhile trade-off for consideration.”

But did the city and county consider the property for its current use? And this staff report adds to intrigue – here we are looking for lab and research and development space, and we could not make this facility work for that? It seems very odd that six acres of space could not be utilized for some R&D, startup use, or other high-tech development.

However, I believe we need to re-examine the group home concept in the wake of changes to the criminal justice system before we consider demolishing the facility and turning it into more apartments.  I fully understand that this is privately owned, but they want a general plan zoning amendment, so that at least gives us a little leverage.

Share:
Tags:Families FirstHigh Density Apartmentsland useLEEDStudent Housing
Previous : Analysis: Judge Claims, “This Case Had Absolutely Nothing to Do With Race” – Should We Believe Him?
Next : Sunday Commentary: Council Needs To Be Ready to Make More Tough Choices on Budget

53 thoughts on “My View: Are the Proposed Sterling Apartments a Wasted Opportunity?”