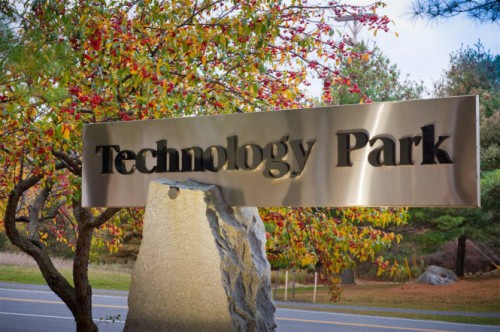 Advocates of economic development in the City of Davis, and I count myself among them, are understandably a little nervous these days. The May 12 announcement that the applicants of the Davis Innovation Center proposal north of Sutter Hospital were putting their project on hold was a seismic event that came without forewarning. The departure last week of Robb White, the city’s chief innovation officer, also caught us off-guard.

This prompted legitimate questions about what is going on, and some less useful preoccupation with who is to blame. As I testified last week before the City CounciI, I think a much better issue to focus on at this point is, where do we go from here?

I think the answer really comes down to following through on the game plan spelled out in the official city goals the City Council adopted in April, which call for the city to provide timely and careful review of the pending innovation park and Nishi/Gateway proposals. The council took the next logical step Tuesday night, approving a fresh round of funding to study the environmental and economic and fiscal impacts of the remaining Mace Ranch Innovation Park as well as Nishi/Gateway. (The consultants work for the city, but their bills will be paid with fees collected from the applicants.)

An updated timeline (which can be found here) requires City Council action on the projects by February if either is to be placed on the June 2016 ballot for voter consideration, the earliest date now possible for that to happen. Measure R requires voter ratification of any decision to annex farmland to the city as both projects propose to do.

To make that date, planning staff is charged with completing environmental impact reports (EIRs) that identify any negative effects on such factors as farmland and traffic and identify exactly what if anything can be done to avoid, or to mitigate, any significant negative effects that would occur if they were built. This work must be thorough and beyond legal challenge. The process for preparing them outlined to the council on Tuesday will allow multiple additional opportunities for public input. The draft Mace Ranch Innovation Center EIR is now scheduled to be released for public review in early August, with the draft EIR for Nishi/Gateway to follow in September.

The Planning Commission will need to go further than just certifying EIRs. Its charge will include determining if the projects constitute sound land-use decisions that are consistent with city planning principles. Its public hearings are to start in December for the Mace Ranch project and in January for Nishi/Gateway.

The Finance and Budget Commission, of which I am one member, is already working closely with the city’s consultants and staff on a review of the economic impacts of the two projects as well as their potential direct financial benefit to the city and to the county. We will need numbers that reflect solid economic analysis, that are realistic, and have real credibility. That review process is already under way. Other city commissions will also play an important role in reviewing these projects. Negotiations on tax sharing with the county will also be critical.

Later this year, there will come a moment of truth. The city staff and the council will ultimately have to decide if either of the projects meets this community’s high standards. If they conclude they do, then protocols adopted by the council on Tuesday put city staff in the driver’s seat for driving a hard bargain and negotiating a development agreement. Council members are to provide input to city staff but avoid direct one-on-one negotiations with the applicants over the terms of a development agreement.

Ultimately, if either project is to have a chance at the polls, the city will need to drive a hard bargain in these negotiations. The applicants will need to deliver on strengthening city finances and taking the pressure off of the city’s generous taxpayers. Any projects receiving approval will also have to contain a broad range of amenities and features that the city needs and that justify an expansion of city boundaries. On the other hand, the deals cannot overreach. We only get benefits from the projects if the new economic centers can thrive in a competitive economy to bring in new businesses and jobs and strengthen UC Davis as a leading research center. A terrific plan only on paper gets us nothing.

The city isn’t stopping here with its economic development efforts. Efforts to support incubation of start-ups and transfer of technology from the campus to the marketplace are progressing. Partly at my commission’s urging, the council has directed city staff to review what city assets are needed now and to examine the potential for sale or lease of any surplus properties. This could give rise to some new economic development opportunities that could benefit city finances, by generating direct revenues to the city and-or by putting publicly held property back on the tax rolls.

Why are any of these actions needed, given that the state of city finances is so much improved from just a year and a half ago?

As has been discussed in these pages before, in a post-redevelopment world, economic development is critical to the long-term fiscal health of this community. Authority to collect as much as $8 million in annual sales tax revenue expires in five years, and no one can know for certain whether future City Council members and the electorate will agree to extend those taxes or at what level. We were bluntly reminded after 2008 that Davis is not recession-proof. And, the city still faces significant long-term cost pressures for city personnel and infrastructure.

We have a lot of work ahead of us, but the opportunities here are real.