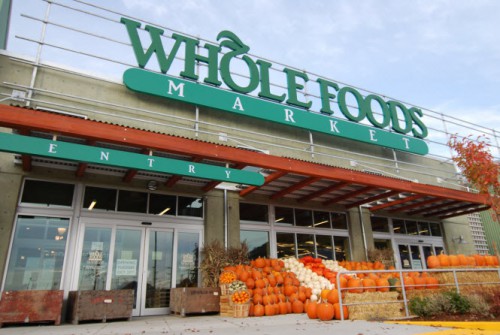 In the last week, dozens of organic farmers – many from California – have signed an open letter to John Mackey, CEO of Whole Foods Market. The letter claims that Whole Foods’ new Responsibly Grown program undermines the USDA certified organic label.

The Responsibly Grown program is Whole Foods’ produce rating system and was introduced last year. Participating growers receive ratings of ‘Good,’ ‘Better,’ or ‘Best,’ on a basis of 300 points covering 7 best practices areas. These practices overlap with – but are not the same as – those required for USDA organic certification.

A second concern is administrative costs. “Paying for this program, its required technology, and the labor necessary to participate will be impossible for many of the smallest family-scale farmers and an excessive burden on medium-sized organic operations,” the letter states.

The letter suggests changes, most notably that Whole Foods simply exclude all conventionally grown produce from Responsibly Grown. Short of that, the letter proposes that only organic produce receive a rating of ‘Better’ or ‘Best.’

The signatories are not shy about their position. “The organic label is truly the gold standard,” they write.

The USDA organic regulations prohibit most conventional pesticides, fertilizers made with synthetic ingredients or sewage sludge, and genetic engineering (GMOs). However, the USDA rules do not address directly food safety/traceability, fair labor practices, greenhouse gas reductions, water conservation, waste reduction and recycling.  The Responsibly Grown rating covers all of these.

John Mackey posted a counterpoint to the letter on his blog on June 16. After noting Whole Foods’ continued support for organic suppliers, Mackey emphasized that Responsibly Grown is primarily a food safety/traceability system.

Mackey first states that the produce business as a whole lags behind the rest of the food industry in traceability and transparency. “We must be able to trace our produce back to the farm and field where it was produced to ensure integrity for our customers and to respond effectively in the event of a problem. Our Responsibly Grown program, its dedicated website for our suppliers, and the industry-driven Produce Traceability Initiative (PTI), are tools we have packaged together to work to address these concerns we all share.”

PTI is a voluntary framework of best practices to streamline electronic tracking and traceability across the entire fresh produce supply chain. Growers, packers and retailers initiated PTI in anticipation of new FDA rules mandated by the Food Safety Modernization Act of 2011.

The final FDA food traceability rules will likely mandate PTI or something similar.

Mackey continues, “All suppliers are expected to become compliant with PTI…Ultimately, traceability will allow suppliers to communicate detailed information about the benefits of their production practices which will add value for all involved.”

“We have offered low-cost solutions to small suppliers…No suppliers have been rejected or penalized in any way for non-compliance with PTI. We are asking suppliers who need more time to identify a timeline and plan to comply…” (emphasis retained).

Jim Eldon, owner of Fiddlers Green Farm in Brooks, and part-owner of Monticello in Davis, signed the letter. Eldon does not sell certified organic produce to Whole Foods but signed on in support of the primary signatories, all of which do sell to Whole Foods. Eldon described the Responsibly Grown system as arbitrary and biased against organic. “It’s a standard without standards,” he said. “Whole Foods has failed to provide any justification for the ratings.”

This is not the first time that the organic industry has criticized Whole Foods. The Organic Consumers Association has been criticizing the chain for years, first for selling products containing genetically modified organisms (GMOs) and later for not labeling such products. Whole Foods has since committed to labeling all GMOs by 2018.

Founded in Austin, Texas, in 1980, Whole Foods Market is a pioneer in supermarket retailing of natural and organic products. The world’s top natural foods chain, it operates more than 400 stores in the US, Canada, and the UK.

Going forward, Mackey said, “We are speaking with these growers to listen to their concerns and clarify some of their misperceptions about the program.”

Share:
Tags:GMOLeanna SwehaOrganicUSDAWhole Foods
Previous : Technology in Education: How Davis Avoided Common Pitfalls
Next : Letter: Quinn Made a Deal to Save DJUSD During Budget Crisis