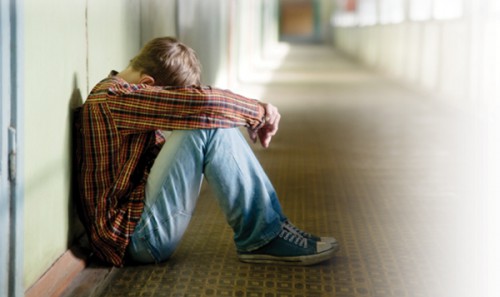 Many of us who work with teens in the mental health field have noted, with some alarm, how many of them suffer from significant levels of chronic anxiety. This causes them physical and emotional upset and disrupts their ability to concentrate well in school. It also contributes to self-medicating with substance use, which often leads to abuse and worse. For families, anxious people can be hard to live with; their anxieties often create negative interactions in the family.

A certain amount of anxiety is normal for teens. For one thing, as we adults should remember from our own youth, teens are experiencing a myriad of physical, emotional and intellectual changes. This natural but challenging maturational process requires a lot of adjusting. Then there are the social challenges, figuring out the answer(s) to questions like: Who am I? What do I believe? What are my values? Who can I trust? What am I going to be/do when I grow up?

Answers to those questions tend to shift during these years, and that is a good thing. Utilizing their critical thinking skills, teens explore their burgeoning identity while pondering and discussing topics of philosophy, religion, social issues or politics. This is where we see teens trying on different social identities to see what fits for them – and to start to separate and differentiate from their parents. This is a major task of adolescence. By an often painful process of trial and error, they figure who is safe to trust, and who is not. With patient guidance from trustworthy adults, teens are hopefully steered away from simplistic and unrealistic black-and-white thinking; but in so doing, they pay a price, getting a disturbing sense of how complicated the world really is. This, in itself, can create anxiety, for sure.

In addition, as teens age the expectations on them from parents/guardians, peers and schools evolve and increase. As they move inexorably towards adulthood, each one grapples with how to handle drugs, sexuality, grades, peer pressure, extra-curricular activities and the various pressures to succeed. They know that some of their peers break the law to get fast money, and it is tempting to join in, even when they know better. The values emphasized in much of the media are wealth, youth and beauty. For teens who are trying to fit in and deal with their intensive self-criticism, these soul-less ideals are often out of their reach.

All of this is on the plate of the average teenager, and by average I mean one who has not had his or her life complicated by too many traumatic experiences. For these kids, there are numerous extra layers of the onion far beyond the scope of a monthly column like this. I will ask you to take my word for it. When it comes to teens with extensive trauma histories, especially for those whose experiences have not been adequately addressed and processed, they have way more to deal with as they grow up than do their luckier peers.

As for the standard anxiety producing pressures, however, these have not changed much over the generations – forty years ago I dealt with them, too, and in your day, so did you – but today’s teenagers’ plates seem more crowded than were ours. Why? I wish I had a pat answer for that but I don’t. So, let’s speculate together for a bit.

Today’s teens are offered fantastic distractions which would have been inconceivable to all but the most sci-fi literate of teenaged Baby Boomers. The information and communication explosion of the past twenty or so years gives teenagers instant access to, well, everything – including many materials and topics parents might otherwise have held back from them at this age. It is not just the questionable content which concerns me; it is also the overstimulation of the brain by electronic devices. Teens already don’t get enough sleep due to their schedules. Add in the stimulation on the brain of these bright screens and the instant access to immeasurable amounts of information and it’s no wonder the young brain has a hard time letting go and hitting the off switch. Moreover, where is the time and motivation for self-reflection when there is an unending list of compelling videos to watch?

As for the videos themselves, I remember when MTV first came out and, as a musician and music lover, I was excited about being able to watch bands play and to see the video projects as mini song-related films. What I soon saw, however, was that the majority of the videos featured such rapid edits that one could not follow anything in any detail. Forget watching hands playing instruments. Forget any smooth viewing experiences. Most videos looked frantic to me. I believe the shortening of the average child’s attention span is related to the exposure to fast moving stimulation. Try getting a teenager interested in a compelling, dialogue driven, low action film like Casablanca or The Sting. You’ll likely end up on the couch by yourself.

As for the video games out now, set aside the negative content of some of them (violence and social mayhem), the graphics and sounds alone in these games are amazing. I readily admit to kids that I am glad those games did not exist when I was a teenager – I know I would be similarly tempted by them. Meanwhile, how many times have you seen groups of teens standing or sitting together, all staring at their phones? What is this doing to the development of a teenager’s social skills? Are they having in depth conversations, or is the ever increasing levels of social anxieties among teens getting in the way? I think there is an intrinsic difference between sharing brief opinions on a video watched together and a real discussion on the topic(s) brought up by it. Meanwhile, between wild games, weird web sites and internet porn, today’s kids must develop effective self-discipline or risk falling far behind those who do.

Another category of anxiety-producing stressors on kids is the state of the world. I think I can anticipate some of you saying, “I doubt that’s an issue. Today’s kids aren’t paying any attention to politics, economics or the environment. They’re just staring at their phones 24/7.” Frankly, I’m sympathetic to that argument but I wouldn’t say teens are the only ones staring at their phones. I’m often guilty of that, myself. How about you? Moreover, I know I have been complaining about all these electronics but they are also viable, useful tools if we know how to balance our use of them with other activities. We don’t always know exactly what they are doing and reading on their phones so it’s not fair to assume they are always wasting their time.

The saying, “If you’re not outraged, then you’re not paying attention,” fits well here, but teens need not be aware of all the details of today’s social issues to pick up on the free-floating anxiety in the culture, or in their own homes. For example, teens have been living with the so-called (and by definition, unwinnable) ‘war on terrorism’ for their entire lives. That constant hum of fear takes a toll on you whether you are consciously aware of it or not. In my day, we had the Cold War – with its policy of ‘mutually assured destruction’ – to keep us feeling safe at night from the ever present threat of nuclear war – oh, yes, that and serious pollution. I remember smog days in Southern California when we were not allowed to go out and play. I could, however, watch the Viet Nam war on TV and wonder if it would end before my age group reached the front of the line. These were big fears, too, as has been this war on terrorism, but at least there were plenty of jobs in those days and most moms in two parent families didn’t have to work for a family to keep food on the table. Many of today’s teens watched their parents struggle over lost jobs, declining incomes, increased costs and so on.

Despite what we adults may assume, teens do more than just Instagram one another on their phones. They see memes about our generation having wrecked the planet’s ecosystem past the point of repair. What must they think when they read of politicians with the power to put us on a healthier course – but instead voting for policies that either deny the problems altogether or make any positive responses impossible?

They see unarmed kids of color – their peers, mind you – gunned down in the streets by police. They see the massive unfairness of the economic system and quickly learn the lesson that ‘selfishness rules’. I have spoken with intelligent young people in their 20’s and 30’s who consider people who ‘follow the rules’ suckers. It is easy to see why they would have a “Who cares, as long as I get mine?” attitude. It’s no wonder they focus on short term pleasures instead of long term planning. Nothing is looking very good in the long term. Still, along the way, they may still be anxious about their futures. They know the day is coming when they have to pay their own rent and buy their own food (and pay for their own smart-phone bills).

We can’t change the world (at least not as fast as we want it to change) but in the face of all this youthful anxiety, we can help. We can increase a teenager’s self-awareness and self-acceptance; we can promote healthy self-expression. The best strategy for accomplishing this is the simple addition of a passion-driven hobby to a teenager’s life. A teenager with a passionate interest in creative writing, film-making, art of any sort, playing an instrument, building things, playing a sport seriously and so on, is a teenager who is learning self-discipline, delay of gratification, patience and self-forgiveness: important life skills. You can’t become good at your hobby by staring at a video screen. There is still room for electronics in a teenager’s creative world. You can learn how to do almost anything by watching YouTube instructional videos, and there’s nothing wrong with that. Lots of people can’t afford guitar lessons but if you have internet access, you can have good teachers tutor you for free. It’s not the give and take of a flesh and blood teacher, but it’s pretty darn good. This is an example of using electronics as tools for growth, not anxiety producing distractions from life.

One final thing to consider: My group gives kids a foundation against which they can compare the likely results of their attitudes and behaviors. We tell them to consider judging their thoughts and actions by whether or not their approach will likely keep them “safe, healthy and out of trouble.” All of us, we explain, are going to have some good luck and some bad luck in our lives. If we can, more or less, most of the time, stay safe, healthy and out of trouble, life is simply going to go better.

Share:
Tags:AnxietyDavid HafterTeens
Previous : Correcting the Record
Next : Board Should Reconsider AIM Motion

11 thoughts on “Teens and Anxiety”