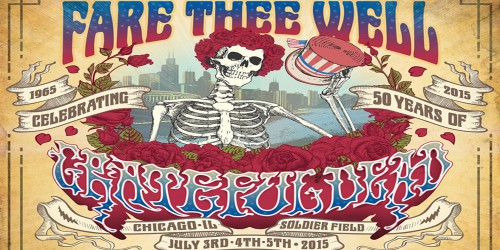 Once in a while you get shown the light

In the strangest of places if you look at it right.

Despite persistent but largely ignored warnings shouted over the years from the sidelines, the systematic dismantling of the middle class in our country has finally taken root in the national consciousness – and it carries the sting of both confusion and betrayal. Norman Rockwell’s America is long gone. Do the right thing because it is the right thing to do? How quaint. That notion has been replaced by pure greed. Our laws, now written by corporations and executed by hand-picked legislators through paid-for elections, no longer look out for the best interests of the many.

After WWII, we built a middle class for our returning soldiers with forward-thinking moves like the GI bill, giving them access to affordable houses and education. Money was poured into building a hearty national infrastructure – so there were jobs to be had, jobs which could actually support a family so both parents did not have to work to put the proverbial roof over a family’s head and food on their table. Compared to today, the rich were taxed at a much higher rate and they still did just fine.

This now mostly defunct approach to taking care of one another became part of our prideful national Identity – even though it has always been clear to people of color that this kumbaya vision of America was usually meant for whites only. Progress in civil rights has surely been made over the decades, but today, even those advances are being rolled back. Purposeful voter suppression is an example of this, as is the widespread for-profit jailing system which also suppresses minority voting. No, there is no voter fraud problem in the US.

So, you may fairly ask, what does this liberal rant on modern selfishness have to do with the end of the Grateful Dead as a touring act? Let me digress a bit to explain.

I had always looked askance at the Grateful Dead, not knowing what to make of them. A friend back in college back in ‘76 gave me one of their records (Blues for Allah) and after one listen, I gave it back. I didn’t know what to make of it. (Now, it is a favorite.) Then, in 1982, accompanied by a friend who assured me I would have a good time, I mingled with the odd looking but very friendly San Francisco crowd outside the show and took in the band’s iconography from stickers and t-shirts. I was a religious studies major at Wesleyan and what I saw triggered images from world religions. I was now really curious. I also saw people holding “I Need A Miracle” signs which I learned meant that they had not gotten a ticket and were hoping to get one for free (really?) from a generous somebody with extras. There few scalpers around were mostly ignored. I learned that it was strongly against the Dead culture to sell a ticket for more than its face value and, in fact, many people with extras preferred finding just the right Miracle person on which to bestow their ticket for free. That was apparently part of the fun – giving free tickets to strangers. Wow. I became even more curious. People I met that day who heard this was going to be my first show seemed genuinely excited for me. Some even expressed envy.

Once inside, I saw that behind the soundboard was an entire section of seating devoted to tapers setting up to record the music, with the full cooperation of the band. A few were even allowed to plug directly into the soundboard (soundboard tapes were the holy grail of concert recordings). The most sophisticated mics and recorders of the day were there – times a hundred (at least), to capture the music and share it with whoever asked. The unenforceable agreement between the band and the tapers was that tapers could share their tapes but not sell them. (Over the years, I got dozens of shows sent to me – some several generations of copying down the line – just by asking. The tapers didn’t even charge me for the price of the blank tapes or the shipping costs.) It was looking to me like this rag-tag group of hippie left-overs was representing the best of what America was supposed to be: Remember our invitation to the poor and dispossessed on the Statue of Liberty?

Can you imagine any of this happening today?

Been hiding out, in a rock and roll band.

I am a musician and I was one before hearing the Grateful Dead. After hearing that first show, however, I never approached playing music in the same way again. I had never heard or seen such risk-taking in a concert setting. No set list? Following the energy of the crowd, and of the moment, to decide what to play next? Little musical ideas thrown out from one player to the others until one caught fire? Musical arguments? Musical humor? Slipping in and out of song structures while building unimaginable momentum? Wow. And the drumming? Oh my. This wasn’t a drum solo; it was a ritual. I was soon left breathless, dancing with a complete lack of self-consciousness, something I had never before experienced. (I was a pretty uptight guy in those days.) There was a palpable relationship between the band and the Deadheads and the magic born of that interactive relationship is why their music rarely translated well onto records.

When the last note is played at the Chicago shows on July 4th, this chapter of American Music History will end. Few Americans beyond us fans will take notice of the moment, but as for me, there will be a pain in my heart and a real feeling of loss. For me, the Grateful Dead scene embodies the best of the promise of America: kindness and caring for your fellows, fairness, joy, adventure, risk taking for a greater purpose, creativity, and artistic freedom. Since that day in 1982, being a Deadhead and proud American has always gone hand in hand for me.

Critics make light of the long jams in the music; but there is a process happening in those jams, as there is in jazz. As for the songs themselves, many are essentially musical parables describing colorful characters facing life’s challenges and handling them in a variety of very human ways, exposing our flaws and dark sides. These songs made me think; and feel.

Critics also point derisively to the psychedelic drug use of some of the fans to dismiss the scene as morally bad or dangerous. Funny, but no one seems to similarly dismiss bands whose fans are known for excessive alcohol consumption; and for what it’s worth, I never felt as safe as I did in the collective arms of a Grateful Dead crowd. That said, I can’t (and wouldn’t) vouch for the behavior of each person there but I can’t do that for the people at any public event. Meanwhile, I never saw a fight at a Grateful Dead show and I went to lots of them.

As for psychedelics, LSD has a fascinating history, including with the US government. Don’t get me wrong: It was and still is risky business to take psychedelics and I am not recommending it (for one thing, spiritual growth does not require it) but their impact on modern society from music and the arts to psychology (and many areas in between) is undeniable, and therefore very much worth knowing and understanding. Check out the book, Acid Dreams, by Martin Lee and Bruce Shlain. It is a well- documented and jaw-dropping story.

For added context, it may help to know that the Grateful Dead was born at a time when LSD was legal. The CIA was exploring how to use it (again, this is very well documented). Some of the Stanford grad students (including author Ken Kesey) who took it as part of government experiments brought some home and began taking it outside the lab with their friends. They were explorers of the psyche. At first they had small, private parties which soon blossomed into massive public ones, known as the Acid Tests (See Tom Wolfe’s book, The Electric Kool-Aid Acid Test). The Grateful Dead, a local band, became the ‘house band’ of the Acid Tests. Meanwhile, a rogue CIA agent whose on-the-job acid trips had led to profound spiritual experiences (a negative reaction, according to his bosses) quietly spread hundreds of thousands of doses to universities in major cities all over the US and the world, contributing to a peace movement that eventually ended the Viet Nam war.

Were there tragic casualties along the way? Absolutely. Some who took the drug had very long lasting negative experiences. But for some perspective, those sad and sometimes fatal acid casualties pale in comparison to the hundreds of thousands of annual fatalities we still endure from alcohol use. Again, please know that I’m not recommending the taking of psychedelics; I’m just adding a little perspective here. It is hard to listen to people poo-poo the whole Grateful Dead scene, especially without knowing the history, because of its tangential relationship to psychedelics. It is throwing out the baby with the bathwater and that is a shame; it has been such a beautiful musical baby.

Today we struggle to figure out how to save the planet (at least in its ability to sustain us. George Carlin pointed out that the earth is here for the long haul; it will eventually heal itself and be fine. We, on the other hand, “are screwed”). We struggle to figure out how to provide safe food and drinking water for everyone. Maybe as we now say goodbye to the Grateful Dead, we should take another look at this ‘caring for each other’ thing and, humming a familiar tune, give thought to putting the Deadhead/hippie values of kindness and generosity into action.

In the attics of my life, full of cloudy dreams unreal.

Full of tastes no tongue can know, and lights no eye can see.

When there was no ear to hear, you sang to me.

From Attics of My Life by Robert Hunter and Jerry Garcia