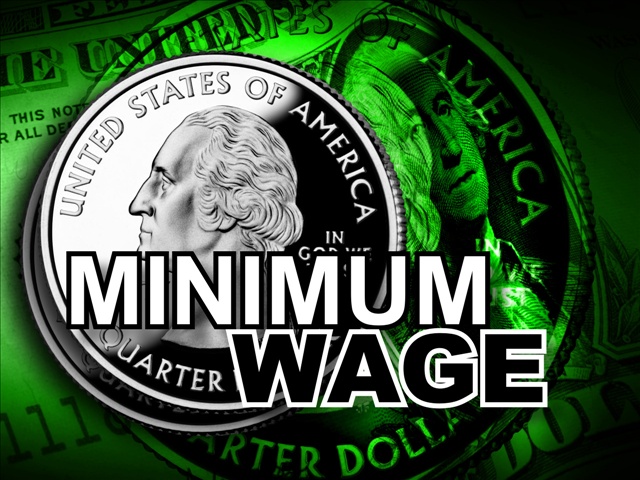 However, this is also not 1960.  Today low income earners benefit from a myriad of additional means-tested government social programs that did not exist for much of the period between 1960 and today.  These include Obamacare and Medi-Cal, Section 8 housing vouchers, the Earned Income Tax Credit, Cal-Fresh student lunch program, SNAP benefits, utility discounts, tuition assistance… the list goes on.

So, if today’s inflation-adjusted minimum wage is about equal to or better than the historical average, and today we supplement these low-wage earners with many more free government benefits, why then is there a movement to drastically increase the minimum wage?

The primary impetus for such a drastic increase in the minimum wage is political.  It is a sneaky, back-door, tax-increase scam of unions, government bureaucrats and the politicians they put in power.

How does the scam work?

First, we need to consider that raising the minimum wage to $15 per hour will also force businesses to increase the pay of their higher-wage workers only to keep parity.  These higher wage workers pay a higher tax rate.   When wages are increased, so are the tax payments.   This is the key.  Raising the minimum wage will result in billions of additional tax revenue to government.

But there is more.  With a drastic increase in the minimum wage for the lucky worker, many of those means-tested government social program benefits will no longer be available.  This then reduces government expense thus freeing up money to spend on other things that more directly benefit the politicos pushing for the minimum wage increase.

Unless you haven’t been paying attention to the local, state and Federal budget situation, you will know that government is clearly in trouble having committed spending far greater than tax revenue.  The primary challenge is paying for the high wages and mega-high retirement benefits of all the government workers past and present.

Rather than cut the size and cost of government, (something that would make the unions very unhappy), the old standard has been to go back to the public ATM demanding tax increases.  But government just can’t keep raising tax rates.  Taxed-out voters are finally saying no.  So, as an alternative, the unions and their political pals have come up with this slick $15 minimum wage idea to ratchet up tax revenue for government to continue to pay for the high wages and benefits of unionized government employees.

Let’s pause for a moment and at least give them credit for this creativity.

What do private sector workers get in return for a hefty minimum wage hike?  Some will get a raise.  But many of these will lose means-tested government benefits.  They will have their hours cut and will be given more work by their employers out of necessity.  They will lose employer-paid perks and benefits.   They will also have fewer job opportunities because the higher cost of labor will force more small business to fail and will result in fewer business expansions and start-ups.   Lastly, these workers will pay more for products and services as businesses are forced to raise prices to compensate for the drastic increase in labor costs.  (Note too that it will generate more sales tax revenue for government.)

Raising the minimum wage hurts the economy.  We note the impact as the US labor participation rate (the percentage of able workers that have a job) and the underemployment rate (workers that are given too few hours) have both fallen to pre-1978 levels.  Like it or not, labor has become more a global commodity with jobs flowing to lower-wage countries.  Also, labor automation technology (software and robotics) has advanced in affordability and utility to the point that any increase in labor costs helps to justify investment in the technological alternative.  Increasing wages through government policy upsets the market for labor and causes long-term negative consequences for domestic small business, workers, and the overall economy.

We all want workers to prosper, but raising the minimum wage is not the way to get it done.  Instead we should demand government policies that encourage more business start-ups and expansions to create more job opportunities.  We should demand that we shrink the size and cost of government, and reduce taxes so workers retain more of their earned income.  Lastly, we should drastically reform our education system to create a more capable and ready workforce.

Raising the minimum wage to $15 per hour would only provide a little help a small number of lucky workers, but at a great cost to many more. It is a terrible idea unless your aim is more money for government.

Share:
Tags:$15 Minimum Wage HikeCity of DavisLaborLiving Wage
Previous : Analysis: The Unanticipated Power of the Mayor in a Weak Mayoral System
Next : Judge Finds Probable Cause to Charge Officers in Death of Tamir Rice