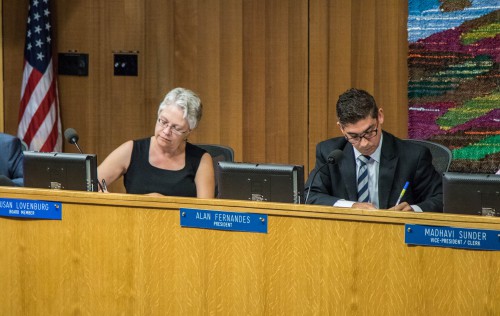 To the anti-GATE majority on the Davis school board:

After engaging in this “debate” since it was thrust upon me on June 4, I have learned a few things.

I’ve learned that you have heard the diverse and voluminous research showing that the best practice, on both pedagogy and cost, for educating intellectually gifted kids is full-time ability grouping in self-contained classes. Against that, you have one study that, by its own admission, finds no statistically significant effects to support the conclusions you draw from it.

I’ve learned that your guiding principle — indeed, almost the entirety of your publicly released instructions — for rewriting the district’s GATE/AIM plan is to rewrite it according to “best practices.”

And I’ve learned that the currently established program of self-contained GATE/AIM classes is being effectively dismantled, eliminated for most of the kids who otherwise would’ve enrolled in it, and that you are not considering input on whether to reinstate it (the obvious subtext of your instructions to commenters at the start of the hastily called July 9 public comment meeting).

Thus, you’ve knowingly ruled out the very thing you claim to be pursuing (again, best practice on both pedagogy and cost). That’s either dishonest and irresponsible, or irrational. Either way, it’s bad governance.

I’ve also learned that best governance practices, followed in the cases of all of our other educational master plans — including the existing GATE/AIM master plan that you’ve summarily discarded — follow established procedures to ensure transparency, accountability and stakeholder participation.

And I’ve learned that you have heard that you’re bypassing those best governance practices in this case:

There was no notice to the public that self-contained classrooms, the defining feature of our GATE/AIM program, would be effectively eliminated near midnight on June 4. (Your claims to “support” the program are disingenuous, since you’re taking away the entire benefit of the program from most, except for an as-yet undefined small number.)

The new plan is to be drafted solely by the superintendent and a few of his top deputies, none of whom has particular expertise in the special needs (educational and emotional) of gifted kids, without the well established mechanisms for the participation of parents, GATE-trained teachers and other stakeholders, and the combined expertise they can provide.

It’s to be drafted during a single summer, when many stakeholders — many parents and GATE/AIM teachers, our GATE/AIM oversight committee, and the very capable and dedicated GATE/AIM coordinator of 23 years whom you’ve summarily dismissed — will not be available, as you well knew when you chose this hasty time frame and June 4 as the date to make your move.

And you’ve discarded the existing program without even the outline of a plan to replace it, let alone a fully drafted plan with its costs and requirements, leaving us vulnerable to the serious risk of having no effective GATE education for an indeterminate period of time, as well as the serious risk that the replacement program will cost dramatically more than the very inexpensive existing one.

This too is either dishonest and irresponsible, or irrational. Either way, it’s bad governance. It undermines trust, it’s divisive, and it risks community support for the district.

We cannot afford to lose community support on upcoming parcel tax elections, which have lately been very close. Moreover, the fine and diverse educational opportunities are a major part of Davis’ appeal as a community, so the performance and integrity of the board matter to all residents, not only to GATE/AIM parents.

Finally, I’ve learned that you will be cheered on by a certain segment of the Davis population whose kids are largely unaffected by this decision, but deems itself to be injured in some way by the existing program. I noted how conspicuously often they praised your “courage” at facing up to people who only want what parents of non-GATE kids have the privilege to take for granted: an appropriate education for their kids, which their once-far-sighted public school district has until now been effectively providing at a surprisingly low cost.

You are not exhibiting courage. Courage would be admitting that the pedagogical and financial evidence supports keeping the existing program, but you just don’t want to do it.