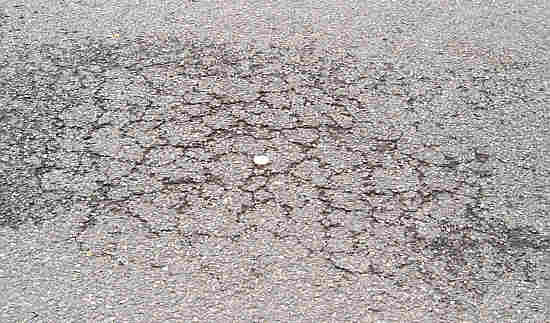 Last week, Dan Carson reported in the Vanguard, “For the first time in decades, there is a growing bipartisan consensus in the California Legislature to significantly bolster funding for state and local transportation needs.”

He noted that Davis could potentially receive as much as $3 million per year in additional funding to maintain city streets and bike paths. If this came to fruition, while it would not solve the city’s problems, it would help.

However, our recommendation is that the city proceed with current plans. While we have questions about whether a Utility User Tax that would generate $5 million is sufficient or the best vehicle to deliver roads, there is no doubt that Davis is in desperate need of an injection of capital.

Davis has not yet completed its full analysis of infrastructure needs, but suffice it to say the needs are staggering and overwhelming. Roads alone could well top $150 million. Currently, the city has cobbled together about $1 million in road impact fees along with $3 million in general fund monies, but the city manager acknowledges that, while this is a good start, it is insufficient to deal with the full extent of the problem.

Beyond roads, we have parks that were underfunded when the city last passed its $49 parcel tax back in 2012. We have city buildings for which we still have no firm figure. And to make matters worse, swimming pools and other less urgent needs could end up going onto the bill.

As Dan Carson put it, these monies are “unlikely to end current discussions about a June 2016 local utility users tax measure aimed at improving City of Davis infrastructure,” but they could be a help.

An additional worry is that “the amount of additional state aid coming to Davis could well turn out to be less than $3 million annually.” The school district learned this the hard way when the Local Control Funding turned out to deliver far less to Davis than other school districts.

On the other hand, Mr. Carson still believes that the city will need far less than projected for its 20-year pavement program. He writes, “Prior city projections were that $7 million annually would be needed for road and bike path maintenance, but those estimates could be reduced if more reasonable inflation assumptions are adopted to reflect future paving costs.”

He adds, “In any event, an injection of $3 million annually in state money within a few years would make a huge difference in the situation. The city currently has committed just under $4 million in General Fund and special funds on an ongoing basis to its pavement program. Adding other one-time grants into the mix, a ramp-up of additional state aid over a few years to $3 million could provide the city enough money to carry out a robust pavement repair program.”

He argues, “Such substantial additional help from Sacramento could lessen the burden on local taxpayers on dealing with these problems. If a local utility users tax measure still moves ahead next June, as is now contemplated, the state action could free up local resources from a new local tax measure to meet other infrastructure needs, including other transportation and park projects.”

Our view is somewhat different from that of Mr. Carson, who lays out a lot of promising developments in Sacramento, summing it up and saying that “the burst of legislative activity now occurring in Sacramento holds great promise of helping Davis address its transportation problems. That help is unlikely to be a cure-all for our city’s infrastructure needs, but could bring us much closer to having the money needed to pay for maintenance of roads and bike paths.”

Our first reaction is to believe that funding is coming when it actually starts arriving. Promises from Sacramento have a way of drying up long before they reach local municipalities.

Second, reliance on state and federal funding was in fact part of the problem. Money began drying up 20 years ago from federal and state programs. But the city had no local means to raise revenue. For a 12-year period, the city spent less than $10 million on roads – almost all of it from state and federal grants, and much of it from the stimulus plan passed in 2009.

When the money slowed and dried up, the city’s inadequate spending on roads magnified a growing problem. We funded roads at about a $650,000 to $800,000 level. That level of spending was not sufficient to keep up with demands and the city’s Pavement Condition Index (PCI) dropped from the 70s to the 60s, and by accounts from 2013, as low as 63.

Therefore, our recommendation is that the city develop a stream of local money to fund roadways. If the state is able to give $3 million, that money could go into the roads fund, freeing up local tax money for other priority projects. But that allows the city to move the local money back into place if and when the Sacramento economy declines again and state funding cuts are implemented.

Some seem to view this as a time to start looking to spend money again – our analysis suggests that we could go either way in terms of improvements of our fiscal condition and, therefore, fiscal restraint should remain in order until we have stable revenue streams in place to justify new spending and new projects.

26 thoughts on “Analysis: Should Davis Count on Help for Roads?”