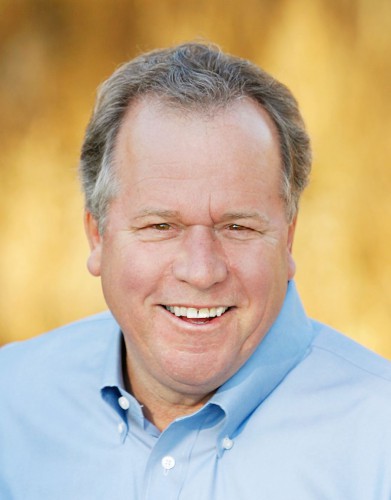 State Assemblyman Bill Dodd today announced he is a candidate for the State Senate in District 3. Dodd’s announcement includes an event featuring over 200 local leaders who support his election to the Senate. They include elected county supervisors, city councilmembers, sheriffs, district attorneys and other local office holders, as well as Congressman Mike Thompson.

“I’m running for everyone who is concerned about the California that we are passing on to future generations, and for young people confronting a future with greater uncertainty,“ said Assemblymember Dodd in a press release this morning. “I will push for policies that renew the promise of the American Dream and expand the Middle Class – access to high quality K-12 and college educations, support for small business creation and expansion, and improved roads and highways that help the economy grow rather than drag it down.”

In a phone conversation with the Vanguard this morning, Bill Dodd said that they will have their formal announced at 4 pm today.

He explained his reasoning for running for the Senate, “I’ve been very comfortable with the legislative process and in evaluating the Senate and the Assembly, looking towards the future, this seat is open one-time for perhaps the next twelve years, I really believe that I can be more effective and do more for my constituents (in the Senate) based on just a really short experience of eight months than I can do in the Assembly.”

“My experience building partnerships, really working with other people, really lends itself to be more effective in a body of 40 as opposed to a body of eighty,” he added.

Bill Dodd, in his conversation with the Vanguard, pointed to two key legislative accomplishments so far. Both he characterized as “incredible” accomplishments.

One that went through both houses of the legislature was for Berryessa Snow Mountain, “which made its way to the President of the United States.” He said, “I was invited by the President to come back to Washington DC along with the representatives Mike Thompson and John Garamendi… to see the signing of the designation of the National Monument.”

He said this was the first resolution of its kind for the President to make such a decision.

Bill Dodd also cited his bill on gender-pay equity. “AB 1354 is a very important public policy issue in the United State today, particularly in the state of California. Creating not only more attention to this issue, but actually make businesses that have contracts for the state of California have gender-pay equity policies and report this important information back to the state agencies, I think is very important.”

“Bill and I have worked together on many issues,” said Congressman Thompson. “Most recently, Bill was instrumental in having 330,000 acres of Berryessa Snow Mountain declared a national monument, which preserves an environmental and recreational treasure.

“Bill has my support because he will be effective in the State Senate on issues that matter for real people,” continued Thompson.

“Bill has been an effective partner on many issues for our district, including assistance for those affected by last year’s Napa earthquake,” said Senator Lois Wolk. “Bill is tenacious, principled, and a good listener – a great choice to follow me in the Senate.”

“Bill was the driving force behind the recently completed improvements to Highway 29 through Jameson Canyon in Solano and Napa Counties,” said Supervisor Jim Spering. “No one else could have done what Bill accomplished.

“He is a person of action and I’m proud to endorse him for Senate,” continued Spering.

Dodd’s other public service achievements include:

Bill Dodd told the Vanguard that the endorsement of Senator Lois Wolk who currently serves the district as Senator, was “huge.”

With Assemblymember Dodd announcing his run for the Senate, that will open speculation about the Assembly seat, which is now vacant for the second time in two years. Among potential candidates are Davis Mayor Dan Wolk and Supervisor Don Saylor.

A source told the Vanguard, “No official announcement has been made” by Dan Wolk. However, the Vanguard is told to “expect something very soon, perhaps as early as tomorrow.”