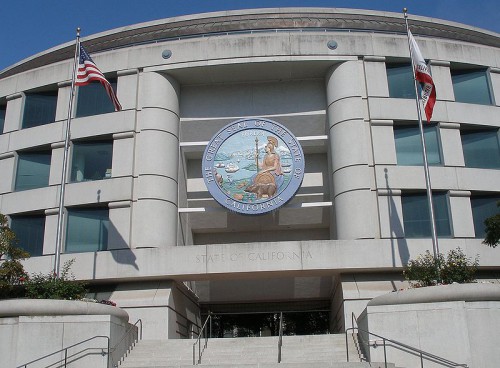 On Friday, July 3, just before the 4th of July weekend when most people are busy either taking an extended weekend holiday or gearing up to celebrate Independence Day with their family and friends, the California Public Utilities Commission (CPUC) made some extensive last minute changes that are going to raise energy bills for the majority of households while hurting conservation.

Marta Stoepker, Deputy Press Secretary for the California Sierra Club, issued a press release on July 3 referring to the changes made by the CPUC as “sweeping changes to how California residents pay for energy by adopting a plan that will hurt customers and conservation.”

Lobbying for the changes that will cost households more money were Pacific Gas & Electric (PG&E), San Diego Gas & Electric and Southern California Edison (all of whom are Investor Owned Utilities). The utilities lobbied for the proposed changes and had the backing of CPUC President Michael Picker. According to Stoepker, “A competing proposal was introduced by Commissioner (Mike) Florio and would have removed regressive charges and encouraged conservation. The majority (of) households will see their energy bill go up dramatically; meanwhile, the state’s conservation efforts will be stifled. Both environmental and consumer advocate groups opposed this plan.”

A few years ago, and most recently a few months ago, the CPUC has come under fire for both safety and possible ethics issues. Safety concerns stemming from the Pacific Gas & Electric Co. pipeline explosion in San Bruno, which led to the discovery that the CPUC was lacking in oversight of the utilities, raised concerns throughout California communities. And possible ethics violations stemmed from thousands of emails dating back to 2010, which were exchanges between the CPUC and PG&E.

In January of this year an administrative law judge issued a ruling requiring PG&E to disclose approximately 65,000 emails, dating back to 2010, which were exchanged between the utility and the PUC. Many felt that the public trust was violated and backroom deals were made. In a special to the Sacramento Bee during the same time period Picker claimed:

Over the years, the PUC has served the state well by making sure that utilities use their economic power for our benefit and safety. Recently, working with other state agencies, the PUC has led the nation in clean energy such as wind, solar, biomass and geothermal, and in reducing greenhouse gas emissions from the electric industry. We have done great things, and I am proud to have recently been appointed president of the PUC by Gov. Jerry Brown.

But the PUC has also faced real crises in the last few years, from the tragic Pacific Gas & Electric Co. pipeline explosion in San Bruno that led to the discovery that our safety oversight was severely lacking, to the diminishing public trust in our ability to fairly regulate. This has been most glaringly demonstrated in the news reports regarding certain PUC email communications with utilities.

I plan to move the PUC forward with openness and transparency. The way I work is that if there is a prohibition on having a conversation with somebody, I don’t have it. I give all parties a fair and equal opportunity to help us set policies, and I expect the same of my fellow commissioners, and I know they agree.

Rebuilding the PUC into an organization that is more fair, open, accessible and effective must start at the top. I have asked my fellow commissioners to join me in taking on a more hands-on role in the governance of the PUC. In this vein, commissioners will form committees that will regularly meet in public to discuss how we can build capabilities and improve competencies. We’ll also develop a commissioner code of conduct that covers many ex parte communications with regulated utilities.

The Sierra Club calls the process terrible, saying that moving the vote to a federal holiday (Friday, July 3) and slipping in language that included an “updated proposed decision less than two days before,” shows that the public’s interest is not a priority.

The CA Sierra Club was right in questioning the vote and holding the CPUC accountable. Decisions such as these that are going to have an impact on rates and conservation must be presented and scrutinized by the public. The public has a right to know what is happening and, most importantly, the public has a right to provide their input and be heard. If it means that the issue is held off for another meeting then so be it. The public has a right to be heard. This holds true not only at the local level here in Davis – where we have had issues with lack of transparency and input on school board issues and city council issues alike – but it also holds true at the State level.

Groups like the Sierra Club not only ensure that as a community we “…practice and promote the responsible use of the earth’s ecosystems and resources….” (Part of the Sierra Club mission statement), but they ensure that communication and accountability happen locally, statewide and nationally. They become a watchdog of sorts.

“This was a huge decision, and Commission just approved a plan that was not able to get the public review it deserves after three years of hard work and enormous debate. It was not a transparent process. It’s an unfair outcome for hard working families across the state, the majority of whom will see bills go up too,” said Stoepker.

Here is a breakdown of the utilities’ newly-adopted proposal.

It’s up to us, the voters, the taxpayers, the ratepayers to hold the elected and appointed officials accountable by asserting that our input is given and our concerns voiced and heard when decisions and sweeping changes are under consideration to be made.