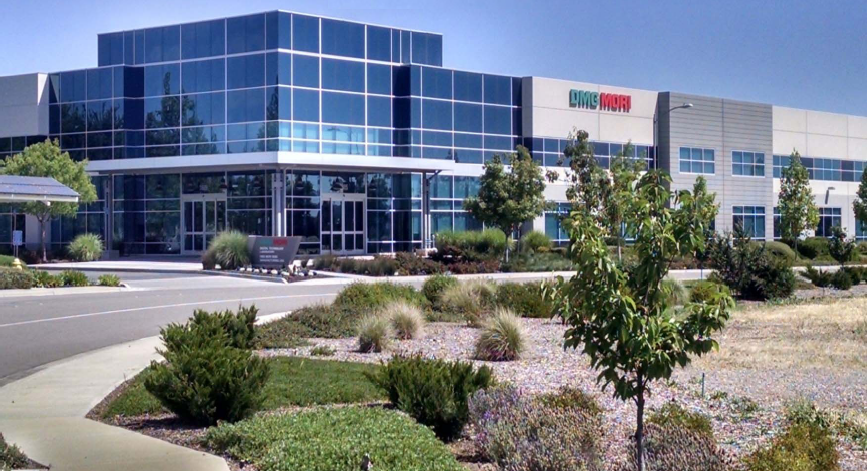 In advance of the proposed Davis Innovation Parks going to the voters, perhaps as soon as June 2016, the city commissioned BAE Urban Economics, Inc., to conduct a study on the economic impact of the proposed innovation parks.

At the time, the analysis considered each of the proposed innovation park proposals independently and the cumulative scenario with both parks. However, the Davis Innovation Center has been placed on hold and therefore, while they did not redo the entire study, some of the findings are now obsolete.

That build out may well produce a substantial employee housing demand. Given that a Mace Ranch Project would project to 2.65 million square feet, over an estimated build out of seven to 25 years, they project around 5882 employees by 2035, which is substantially lower than the estimated 10,842 at Davis Innovation Center, which would project up to 18,390 new employees.

Right now the projected housing demand accommodated in Davis is 1238, with another 2525 demanded outside of Davis.

The report also finds that the Mace Ranch Innovation Center (MRIC) project alone would generate “sufficient employee daytime spending to provide adequate market support for their respective proposed ancillary retail components.” They continue, “By buildout, there would be more than sufficient internal demand to support the ancillary retail space included in each of the development scenarios. In any event, it would be reasonable for the City to establish phasing controls for ancillary retail development, to ensure that new retail facilities being developed in a given development scenario do not outpace the increase in employee demand for daytime retail, dining and services.”

On the other hand, with regard to hotel components, “none of the three development scenarios would generate internal demand adequate to support their respective hotel components.” Again they conclude, “Given the range of potential outcomes, it would be reasonable for the City to establish phasing controls for hotel development, to ensure that new hotel facilities being developed in a given development scenario do not outpace the increase in market area demand for hotels (including innovation park business-related demand and other sources).”

BAE notes, “The innovation park proposals seek to tap into opportunities for economic growth that arise from the rapid introduction of technology into all facets of life. The rise of innovation parks, or science and technology parks, is an evolution of the concept of research parks which first appeared in the U.S. in the 1950s.”

They cite from the Brookings Study on the key benefits of “innovation districts”:

BAE concludes, “Davis is exceptionally well-positioned to capitalize on the types of advantages that innovation parks can bestow on a community, due to the presence of the UC Davis campus within the community.”

Davis has been historically underdeveloped in terms of “commercial land uses in relation to the size of the local base of residential development. For decades, Davis has balanced opportunities for retail development with a desire to protect the downtown and neighborhood retail centers against undue competition from large peripheral retail developments.”

They find that even since 2010 when the city conducted things like DSIDE (Designing a Sustainable and Innovative Davis Economy) and the Business Park Land Strategy study, “the available inventory of potential business park sites has declined by about 93 acres, leaving Davis with a very limited supply of land that is zoned for office/tech/light industrial development.”

They write, “Consultation with staff from the Sacramento Area Commerce and Trade Organization (SACTO) confirms that this lack of available building space has been a hindrance to Davis being able to accommodate interest from businesses that are contemplating a move to the Sacramento Area.”

According to SACTO, a number of companies with interest in coming into Davis would have fit with the profile for tenants at the innovation parks “but which could not consider Davis due to a lack of space.” These were companies looking to enter the region for the first time or expand. “SACTO staff found 15 company prospects that meet these characteristics,” which would have amounted to 477,000 square feet and 360 jobs.

The report notes that recent trends provide a good starting point for growth. The report notes, “Over the last decade, Davis has quietly emerged as one of the Sacramento Region’s leading locations for various types of tech-related businesses.”

A City of Davis staff analysis found “Davis has the highest concentration of tech businesses relative to the size of the population within the Sacramento Region.”

BAE writes, “Discussions with various local tech sector stakeholders as well as representatives of the regional economic development community have indicated that the creation of a critical mass of successful local businesses should help to make Davis more attractive to other tech businesses, which will be interested in locating in an area where there is a community of like-minded entrepreneurs, and where there is an established labor pool of skilled employees.”

The report notes, “The Bayer CropScience relocation and expansion in West Sacramento might be viewed as a lost opportunity for Davis, had the City had adequate space available to accommodate the consolidation.”

“There are other examples of ag tech businesses that have recently chosen to invest in other locations outside of Davis, such as Monsanto’s 90,000 square foot expansion just west of Woodland, and Syngenta’s 42,000 square foot expansion also west of Woodland.” While any number of factors may have precluding these projects from occurring in Davis, the investments are further evidence of the area’s attractiveness,” they write.

And there are new opportunities as well in the Ag Tech and Food industry, along with BioTech and MedTech.

Davis has a number of competitive advantages that can help the community successfully link to knowledge-based industries. First, Davis has a highly educated population. In November 2014, it was the 11th most educated place in the US, second only to Palo Alto in California and ahead of places like Cambridge, Cupertino, Ann Arbor and Boulder.

Second, UC Davis produces a large number of educated workers each year – many of whom are forced to leave the region due to lack of opportunities.

Moreover, Davis has a high quality of life. The study notes, “Numerous studies have drawn a linkage between quality of life and knowledge workers who provide the intellectual capital that drives innovation economies. Economic development practitioners are increasingly realizing that best practices in economic development involve attracting the talented workforce that knowledge-based companies require as a prerequisite to effective business attraction efforts.”

The study notes the outstanding public schools, community amenities, continuing education, and diverse mobility including “its national reputation as a walkable/bikeable community, it access to the Capitol Corridor rail system and local buses.”

It is also located “in the largest and most productive food producing region in the world” with many high value crops and easy access to the State Capitol and Bay Area.

Other key assets are UC Davis, “a world class research institution with annual research activity growing rapidly and approaching $1 billion.” The report notes, “Another element that has not been as visible off campus until more recently is the collection of innovation-based businesses and formal and informal networks that connect them to each other as well as to the activities at the university. Davis’s tech sector has grown over the last decade.”

The report also catalogs a number of new programs and initiatives launched by UC Davis. Some of these include the Venture Catalyst group within the Office of Research, UC Davis Child Family Institute for Innovation and Entrepreneurship, housed in the Graduate School of Management, UC Davis Seed Biotechnology Center, Davis Roots, and many others.

What has held Davis back? Nothing is really a surprise here, but when they interviewed those in the tech sector, “There was strong consensus among those interviewed that Davis’ limited availability of buildings and land for businesses to start-up and grow in Davis or for existing businesses to relocate to Davis has been a major limiting factor in Davis’ historic growth.”

They analyzed four absorption scenarios, which we summarize here.

We will look at the housing issue more closely in a future article.