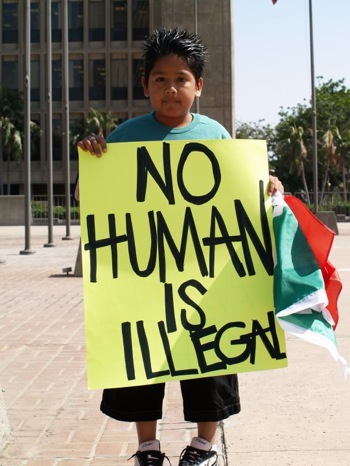 Officials in Davis are watching closely as a bill that would potentially ban federal funding to “Sanctuary Cities” passed the House Thursday, largely along party lines by a vote of 241-179. However, the Obama administration opposes the bill, arguing that the federal government should not attempt to compel local law enforcement to act as de facto immigration agents.

He added, “The Fraternal Order of Police, the Major County Sheriffs’ Association, the National Task Force to End Sexual and Domestic Violence Against Women, the US Conference of Mayors, the US National League of Cities, the Law Enforcement Immigration Task Force, and 390 nationwide religious leaders have all expressed severe concerns about the mechanisms of this bill. This bill would undermine public safety rather than strengthen it, and I voted no.”

According to the summary, the bill written by Republican Duncan Hunter from Southern California would amend the Immigration and Nationality Act to make a state or local subdivision ineligible for “state criminal alien assistance program funding if it: (1) has in effect any law, policy, or procedure prohibiting or restricting communication with the Immigration and Naturalization Service or other government entity regarding an individual’s citizenship or immigration status; or (2) prohibits state or local law enforcement officials from gathering information regarding an individual’s citizenship or immigration status.”

The bill would also withhold specified Department of Justice funds, under parts Q and E of Title I of the Omnibus Crime Control and Safe Streets Act of 1968, from such states or local subdivisions.

As the ACLU noted in a release, “It’s not every day that the Fraternal Order of Police, Major County Sheriffs’ Association, Conference on Mayors, and National League of Cities line up with the ACLU on the same side of legislation.”

But that is the case here, as civil liberties groups and immigrations activists have joined with law enforcement, religious organizations, cities, and mayors to oppose this bill.

The punitive measure “seeks to punish cities that have tried to improve public safety by taking commonsense measures to build community trust and ensure that crime victims cooperate with the police.” One of the big concerns – and the reason that the Davis Police Department supported sanctuary city staff in Davis is that they wanted victims and witnesses who happened to be undocumented to be free to come forward to report crimes without fear of deportation.

While cutting federal funding – $40 million from California – seems a simple solution, the ACLU notes, “While offered as a direct response to the shooting of Ms. Steinle in early July, the bill proposes nothing that would have changed the situation leading up to her tragic death.  In other words, had the legislation been the law of the land in 2015, it would not have made a difference in the case of Ms. Steinle.”

The ACLU argues, “Far from being shields for criminality, these cities recognize that immigrant victims and witnesses will not report crime, and crimes will therefore go unsolved and unpunished if immigrants fear that local police are acting as immigration agents.”

The LA Times in a recent editorial argued, “Rather than threatening local governments and withholding grants, Congress should instead get serious about the root problem: the dysfunctional immigration system. The federal government needs to work cooperatively with local police agencies to make sure that dangerous criminals living here illegally are deported in a timely manner — while Congress and the president also work to pass fair, comprehensive immigration reform.”

The Times noted that, in Los Angeles, the Police Department’s Special Order 40 directs that “officers shall not initiate police action with the objective of discovering the alien status of a person.”

As explained by former New York City Mayor Michael Bloomberg:   “We all suffer when an immigrant is afraid to tell the police that she has been the victim of a sexual assault or domestic violence … our police officers cannot stop a criminal when they are not aware of his crimes … which leaves him free to do it again … to anyone he chooses. Which means that all of us lose.”

The ACLU along with 143 other groups wrote a letter arguing against this legislation. “Public policy should not be made based on a single tragic event or by using the actions of one individual to justify a policy that criminalizes an entire community,” the letter says. “We urge the House to refrain from imposing knee-jerk immigration policy changes based on the alleged actions of one person.”

Share:
Tags:ACLUICEImmigrationJohn GaramendiSanctuary City
Previous : Attack on Planned Parenthood Launched by Davis High Graduate
Next : My View: The Plight of Supervisor Rexroad and Why We Must Protect Our Children

28 thoughts on “Garamendi Opposed Bill That Would Punish Sanctuary Cities”