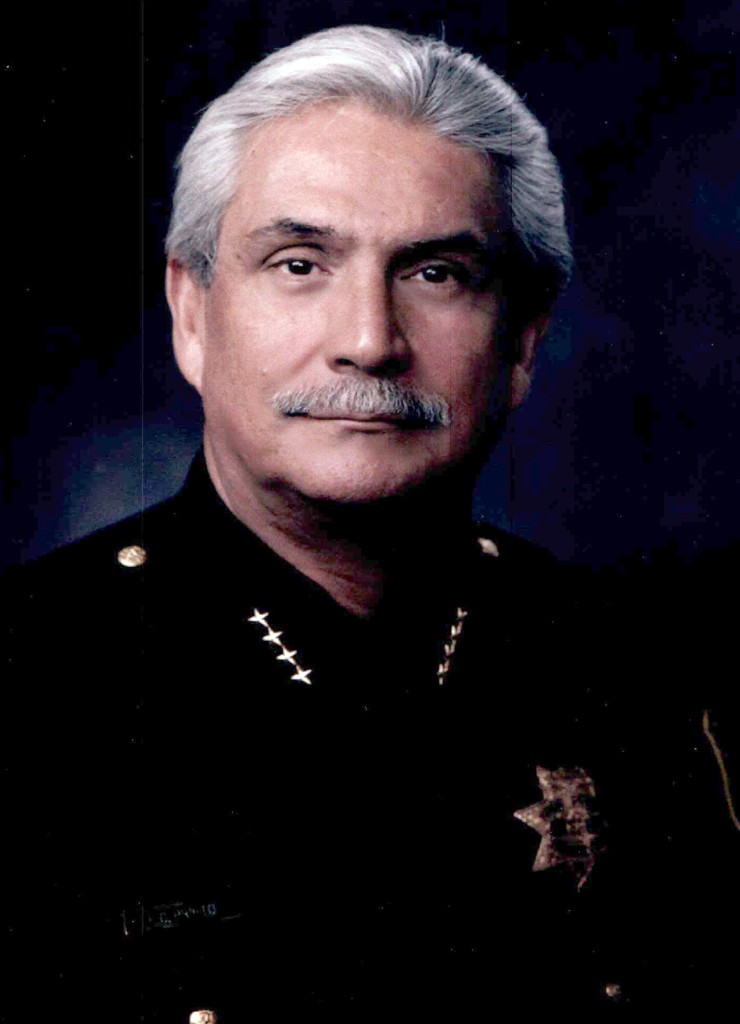 Yolo County Sheriff Ed Prieto has been accused of sexual harassment in a series of civil suits against him – one by one they have been dismissed. Last week, Federal Court Judge Kimberly Mueller, granted the sheriff’s motion for summary judgment, ending a recent lawsuit.

Two years ago, another longtime female sheriff’s deputy in Yolo County filed suit, alleging that Sheriff Ed Prieto subjected her “to protracted sexual harassment, culminating in his offer to trade an assignment for oral sex.”

Robin Gonzalez claimed in a federal lawsuit filed in July 2013 that the alleged conduct had continued for almost her entire 11 years under Sheriff Prieto’s command.

The allegations included uninvited and unwanted attention. She claims that the sheriff had hugged and kissed her, cradled her buttocks in his hands, pinched other parts of her body, gave lewd stares, made repeated observations regarding her appearance and weight, and made remarks laced with sexual innuendo.

The alleged conduct culminated with a suggestion that the deputy could continue as an investigator “if she performed oral sex on him.”

Ms. Gonzalez reported the behavior finally to HR Director Mindi Nunes, who allegedly “told her there was not much her office could do because Prieto is an elected official.”

Ms. Nunes did look into the matter and found at least some of her grievances were justified, and Sheriff Prieto had promised to avoid contact and conversation with Ms. Gonzalez. Instead, she alleged that the sheriff had continued the actions that have created a “hellish working environment” for her, and her fear of retaliation became a reality in various ways.

The sheriff declined response.  However, Attorney Cori Sarno with Kilday & Kilduff, who represents Mr. Prieto and Yolo County, said, “This lawsuit is a bogus attempt to extort money from the county (a co-defendant in the suit) by making false, inflammatory claims against the sheriff.”

Ms. Sarno adds, “The county has looked into Deputy Gonzalez’s claims by hiring an independent investigator who interviewed quite a few people in the department and found no evidence to support her claims.”

This was the third such lawsuit against the Sheriff since early 2012. All of them have now been dismissed.

The defendants argue Gonzalez’s claims must fail because “(1) neither her Title VII nor FEHA claim was timely; (2) the County cannot be held liable for the Sheriff’s conduct because he is an elected official and not an employee; (3) the County undertook reasonable efforts to prevent and address sexual harassment, and Gonzalez unreasonably ignored its procedures meant to protect her; (4) the County had no notice of any hostile work environment created by her coworkers; (5) Gonzalez has not made out a prima facie case of retaliation; and (6) Gonzalez has not put forward evidence the County failed to prevent a violation of the FEHA.”

The court notes that summary judgment is appropriate when “there is no genuine dispute as to any material fact and the movant is entitled to judgment as a matter of law.”

It is important to understand that “most of the facts underlying Gonzalez’s claims here are not disputed. Although the defendants deny most of Gonzalez’s allegations of harassment, they do not dispute them for purposes of this motion.”

This is critical for understanding the judge’s ruling when she writes, on page 12, that “although Gonzalez contends only a few incidents of harassment occurred within the limitations period, these few may anchor a continuing practice of harassment if each constituent event was part of the same practice. There can be no genuine dispute, however, that Prieto’s conduct changed after the County’s intervention in June and November 2010. The parties agree he never hugged, kissed, pinched, or touched Gonzalez after November 2010, and never again did he offer her professional advantage in return for sexual favors.”

Ms. Gonzalez made two internal complaints in 2010, and each time, the county’s director of HR addressed these complaints.

After 2012, only a few allegations remain. For instance, Ms. Gonzalez alleged that in 2012, the sheriff stared at her lewdly during a briefing. “Sheriff Prieto told me that I looked good and that I had lost weight. He stared at my body in a sexual manner.

Writes the judge, “Even when construed in the light most favorable to Gonzalez, these accounts describe no objectively sexual color in Prieto’s behavior,” the judge writes.

However, despite allegations that “[i]n 2012, Prieto’s conduct included looking Gonzalez ‘up and down a couple times’ on only two occasions, both in public when many other people were present. He commended her for losing weight, asked her how much weight she had lost, and told her she ‘looked great.’ From Gonzalez’s perspective, he looked at her ‘like [she] had no clothes on’ and ‘stared at [her] chest and hips in a sexual manner.’”

The judge finds that “Gonzalez describes no objective basis for her belief that Prieto’s looks were sexual, let alone enough to create a ‘hostile or abusive’ employment environment.” The judge notes that no witness is provided who also believed that the Sheriff’s glances “were overtly sexual or inappropriate.”

Ms. Gonzalez also complains that her coworkers teased her, but only “as evidence of Prieto’s harassment and the county’s awareness of it” and “Gonzalez’s peers and supervisors were aware of Prieto’s harassment of her.” In her complaint she wrote, “It became such common knowledge that Prieto would hug and kiss Gonzalez that other deputies would warn her to go out the back door when Prieto was approaching.”

The judge, however, notes that even if her coworkers did tease her, “Coworker teasing is not normally sufficient to state a claim for a hostile work environment under Title VII.”

The judge, with regard to retaliation, notes, “Gonzalez has not introduced evidence of any adverse employment action in retaliation for her complaint. She has suggested only that Prieto retaliated against her in 2012 by calling the claims against him ‘bullshit,’ that she was not invited to a volunteer honor guard event, and that she did not receive overtime pay (rather than vacation time) for attending another honor guard event.”

The judge, however, writes, “An employer does not retaliate by making dismissive comments about an employee’s claim.” She adds, “The volunteer honor guard events in question were only two, compared to many in which she participated. Gonzalez has missed honor guard events both in the past and again since the events in question, and she agrees neither Prieto nor his daughter requested her absence.”

As such, Judge Mueller ultimately ruled that, in order to qualify as an “adverse action,” the “employer’s adverse action [must] materially affect the terms and conditions of employment.” And in this case, “Gonzalez’s allegations and evidence cannot establish a triable issue of fact as to any retaliation against her. The parties agree the terms and conditions of her employment remained unchanged after she reported Prieto’s comments and actions.”

The bottom line here is that, while the parties remain in dispute as to whether the conduct happened – in particular prior to 2010, even if the plaintiff’s allegations were true (which is vehemently disputed by the sheriff), the case had no merit in terms of a continuing hostile work environment or retaliation.