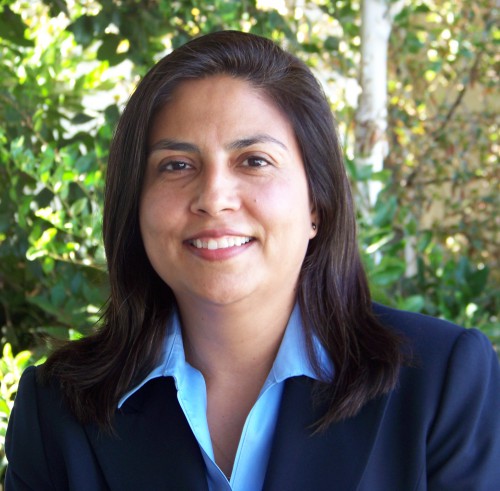 Last week, the Vanguard caught up with Ms. Cortés in a phone interview. Sonia Cortés told the Vanguard that they had yet to determine when she will be sworn in as judge. “I’m trying to wrap things up here at my current job as well as trying to coordinate with the court as to what the date will be, so right now it’s a work in progress.”

Ms. Cortés grew up in Winters and went to UC Davis where she received a degree in political science and psychology.

The process for becoming a judge is quite extensive. Ms. Cortés explained that she went through the application process with the Governor’s office, their Judicial Appointments Unit. They do a background screening and then the JNE Commission (the State Bar of California Commission on Judicial Nominees Evaluation) continues the process.

According to the California Judicial Nomination Process, the JNE Commission “is asked to review the candidate’s application. The commission solicits additional information and recommendations from other lawyers and judges who are familiar with the applicant. If the applicant receives a high rating, the Governor’s staff will submit the application to the Governor, who then decides whether to grant the appointment. The Governor will appoint a new judge when there is a vacancy at a particular court.”

Ms. Cortés went through that process and it was determined that she was qualified. At that point they provide a confidential report to the governor’s office, and “after that you are granted an interview with the senior adviser.” She said, “I was fortunate enough to be appointed by Governor Brown.”

Ms. Cortés explained, “I always wanted to help foster and promote equal justice for all. I believe that our judiciary is best when it is fair and impartial and just. So I wanted to be able to make daily decisions when I could positively effect change and also to serve and protect the community.”

She noted that she grew up in Yolo County and is rooted in the community. Her career has been focused on providing “service in the public interest and also public service. This is a continuation of that public service.”

Ms. Cortés began her career working at Legal Aid of the North Bay, and at that office she served low income clients. She said it was primarily a naturalization project, but she also dealt with unlawful detainers, domestic violence restraining orders, and did community forums to advise people of their rights.

After leaving Legal Aid, she became coordinating immigration attorney at La Raza Centro Legal. She described it as a “high volume immigration practice.” She said, “I did family-based services, violence against women act petitions, citizenship applications, deportation defense.” She did similar work at the International Institute of the East Bay.

“Our judicial system is not perfect,” she said. “I think you constantly have to be vigilant to make sure you are providing equal protection of the law, due process of the law, for everyone that comes into the courthouse.”

“But as a judge you are there to make sure that the process is fair, that the decisions are made after considering the evidence before you and that you apply that consistently across the board,” she said. She said while there are areas to be improved upon in the current system, “I think everyone who is a judge always takes the same approach which we’re going to allow those litigants before us to decide their side of the story to ascertain what the facts are and to apply the law to the facts.”

Ms. Cortés said having grown up in the county, one of things that she brings to the court is her unique experience. She said she grew up as an immigrant in Winters. “Access to Justice, access to the court, to make sure that everybody can have an equal opportunity to appear before court, to have their matters heard and to have decisions made,” she said. “Sometimes there are barriers and it’s important to recognize some of those barriers that face our population – these include socioeconomic barriers and language barriers – I think that is something that is important to make sure it’s recognized.”

Prior to beginning her judicial appointment application process, she said there were a number of local judges that she knew, from appearing before them as part of the county counsel’s office. “I tried to gain as much insight as possible from observation and as well as talking to them about the process, about what they enjoy, what they don’t enjoy, what they see as challenges,” she explained.

She said that she took some steps to learn “what the role of a judge is and what’s unique to Yolo County.”

Ms. Cortés said that she doesn’t necessarily have a specific judge that she admires. However, she said, “I enjoy those judges that during the civil rights era that made the decisions that were difficult, that perhaps some would say that society wasn’t ready for those types of decisions. But they looked at the law, they applied it, it took courageous steps to make sure that there was equal protection for all.”

She said, on a day to day basis in Yolo County, “I admire those judges that are able to treat everybody with courtesy and respect regardless of whether they are an attorney or a self-represented litigant. That they actively listen to the matters that are presented before them. That they allow the arguments that are being made to be made. They make the decision based on the facts that are presented and the application of the law to those facts.”

According to a release from Yolo County Courts, the vacancy was created when Judge Janene Beronio was elected last June to fill the seat formerly held by retired Judge Stephen L. Mock. Judge Beronio’s commissioner position was converted to a judgeship by operation of law to serve Yolo County’s expanding population. The position has been vacant since January 2015.

“We are absolutely delighted by the appointment,” said Judge Kathleen M. White, Presiding Judge of the Yolo bench. “Ms. Cortés is a superb lawyer with an extensive legal background. Yolo’s judges carry a heavy caseload and must handle everything from felonies to family law. Ms. Cortés is more than up to the task, and we look forward to her joining us in the new courthouse.”

Share:
Tags:Governor Jerry BrownJanene BeronioKathleen WhiteSonia CortesSuperior Court JudgeYolo County
Previous : What are the Concerns With the Current GATE/AIM Program?
Next : Police Investigator Returns to the Stand in Attempted Murder Trial As Prosecution Wraps Up Their Case