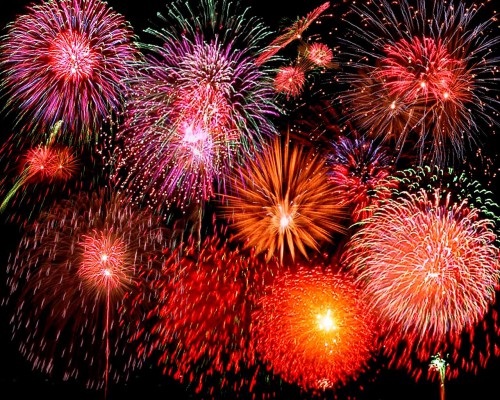 This week, the Davis City Council approved the city’s 2015-16 budget. Let us be clear about one thing – the budget picture is definitely improved over where it was a year ago when we were facing $5 million in structural deficits. But let’s also be clear on something else – it’s premature to celebrate.

While I have seen references thanking city staff for their hard work, there are a few things I haven’t seen acknowledged. First, without the sales tax increase last June approved by 58 percent of the voters, we would still be in the red and eating into the general fund reserve. But I have seen no thanks given to the majority of the public who agreed to pay slightly more in sales taxes for making it possible for the city to be improve its fiscal standing.

And how about the hard work of the previous council and staff for making tough choices over the previous five years to get the fiscal situation into a more manageable position? We saw the long work of council and staff to deal with the pension crisis that was facing us, as the result of unsound fiscal decisions 15-16 years ago compounded with decisions to increase employee compensation to unsustainable levels in the last decade.

The MOU process that was completed in 2013 helped set the stage for the city’s ability to manage its budget. The city engaged in a year-long effort to reform the fire department, saving between half a million and a million. It put assets toward retiree medical to shore up those fund sources. It took steps to make sure that employees were paying their share of pension costs. And the city did an audit of roadway pavement conditions and mapped out a plan to deal with deferred maintenance there.

Despite all of these efforts – which saved millions – the city was still in a projected hole last spring and so the city manager, as he was leaving town, met with countless community groups and residents to explain the fiscal situation and why we needed the sales tax.

The sales tax passed with 58 percent of the vote – without which, despite improved revenues, we would still be in the red and be looking at cuts. And yet there is no acknowledgement of the hard work by the previous council, previous city manager and finance director, or the voters for making this year’s budget possible.

Some have described us as having a very healthy 15 percent General Fund reserve. It sounds good, but it reminds me of claims made in the spring of 2008 by incumbent city council members seeking reelection. Don Saylor and Stephen Souza, during various candidate forums, stated that we had a balanced budget with a 15 percent reserve.

Accurate to a point, but misleading. The problem, which was pointed out at the time, is that we only had a balanced budget because things like deferred maintenance, unmet needs, and unfunded liabilities were not included in the budget.

Ironically, in the fall of 2011, the city council approved a motion that the budget would not attempt to hide these hidden deficits anymore. To my knowledge, that motion has never been implemented.

The projected budget did not include any increases to the employee compensation or any thought that our economy may dip back into recession sometime in the next ten years.

So yes, we have a 15 percent General Fund reserve in this year’s budget but it’s precarious at best, and really about as meaningful a measure as it was in April 2008, four months from the collapse of the US economy.

The good news is we have $4 million set aside for streets and roads.  As we reported earlier this week, that means we will have money for road repairs. However, as we noted and public commenters noted, looking at the map, the amount of needed road repairs is barely registered on the map. $4 million quite simply is not sufficient to reduce our growing deferred maintenance backlog on streets, sidewalks and bike paths.

As we reported this morning, we are looking at a User Utility Tax that would fund $5.3 million annually. The good news is that that tax would need only a simple majority. The bad news is that, as a general use tax, the tax revenue would be available for any use, not simply streets, sidewalks and bike paths. More on that in a future column.

Therefore, is it good news that we have $4 million in our budget for streets and roads, or is it bad news that we apparently need more than twice that amount to make a real dent?

We have presented our concerns about the budget process here before, starting with the fact that we appear now to be reliant on the renewal of a tax measure that was billed to the public as temporary” and “emergency.” However, it is clear that the city goes immediately back into the red as soon as the taxes expire after the 2020-21 fiscal year.

We also have not seen the fact addressed that our budget is barely holding into the black at a time where we are at a historic low in terms of number of full-time equivalent (FTE) employees. At 352, we are down a full 100 from the peak. Those cuts were largely done by attrition and without much regard as to services provided and workload. The question is whether we can assume that, over the next decade, we can continue to operate at 352 FTE. Again, it seems likely that we will need to grow the number of employees to a more workable level.

Finally, the precarious nature of the budget suggests that we ought to examine employee compensation once again to see if we can gain cost savings there, but the city manager precluded that possibility by stating at the budget and finance commission meeting that he will not seek any additional concessions from employee bargaining groups.

In sum, things have improved, but they are extremely precarious. It is not that we are still facing challenges, it is that the recovery right now leaves us with absolutely zero room for error, even with the current sales tax revenues in place.

13 thoughts on “My View: Is this a Budget to Celebrate?”