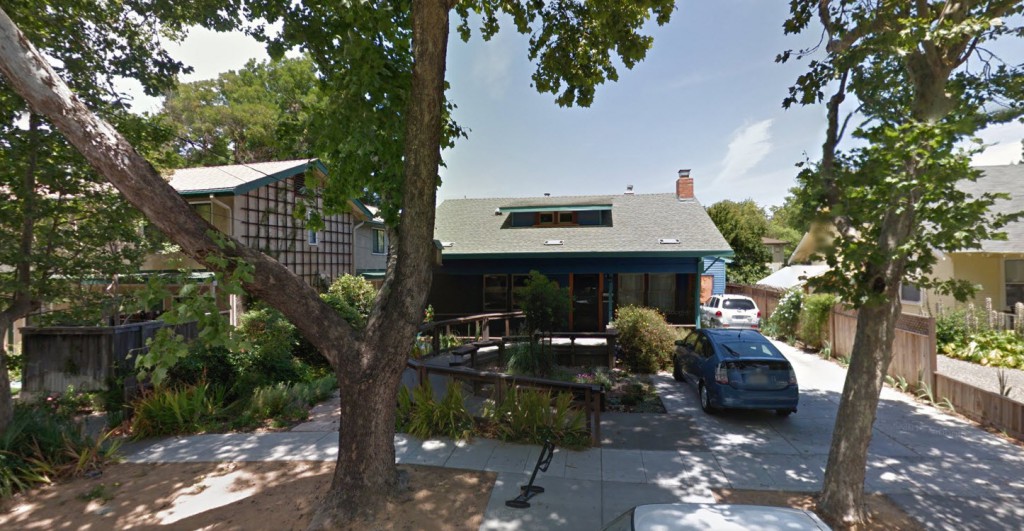 Local attorney Michael Harrington has filed a lawsuit disputing whether the city had appropriately ruled on a Conditional Use Permit over a 1200 square foot therapist’s office located at 717 Seventh St. Mr. Harrington filed the lawsuit last year.

Mr. Harrington maintains that the intended use “under the Conditional Use Permit (‘CUP’) is for a three-person psychotherapy office handling up to 35 or more individuals a day in an otherwise residential neighborhood and operating up to 11 hours a day.”

However, in January, the city council voted 5-0 to uphold the Planning Commission’s decision.

They found that “staff did not make an error in determining that the on-site parking requirements for the conditionally permitted professional office use at 717 7th Street have been met in that: a) an accessible parking space is not required; and b) the number and location of required parking spaces are in conformance with the zoning.”

While Mr. Harrington had been fighting this alone for some time, a significant development is that the Old North Davis Neighborhood Association (ONDNA) has joined the fight by filing an application for leave to file an amicus brief, out of concern for the city’s application of zoning ordinances and the need for the preservation of the historic neighborhoods and residential bungalows in general. The court has to approve the petition, and the amicus brief is a document filed by a person or group that is not a party to a lawsuit but has a strong interest in it.

Represented by Jonathan Morse, who had previously been co-counsel in the YRAPUS (Yolo Ratepayers Association for Affordable Public Utilities) water lawsuit, the group in their petition notes, “Representatives of ONDNA attended many of the public hearings in this matter, reviewed the public documents, and reviewed the briefs by the parties. ONDNA files this application to ensure that this Honorable Court understands that there are significant issues involved in this case that concern the preservation of the historic residential district areas of the downtown and surrounding neighborhoods.”

They note that this dispute is only a few yards north of the 7th Street boundary of Old North Davis and “is of great concern lest it be used as a precedent to improperly use the more informal and easier Conditional Use Permit process to effectively rezone old bungalows to commercial uses without following long-established legal and political procedures such as rezoning or variances to achieve the conversion to commercial.”

They add, “Making matters worse, the City effectively gutted the accessible parking spot requirement by attempting to boot strap in an old, expired CUP and its own improper lack of an accessible spot. As many historic areas have small lots and bungalows, the removal of the requirement for handicapped parking puts many other older homes in the historic districts at risk of being converted by a simple wave of the City’s CUP wand without appropriate due process of law under the rezoning process.”

Mr. Harrington, represented by attorney Don Mooney, has filed the suit alleging that “as currently configured, an accessible parking space would encroach into the 20-foot setback,” therefore violating the city’s zoning.

Mr. Mooney writes, “A review of the record clearly indicates that both Ms. LeBlanc and the City knew from the very beginning of the process that her proposed use did not meet the City’s parking requirements as set forth in Davis Municipal Code sections 40.30.030 and 40.25.80. Despite this knowledge, the City, at Ms. LeBlanc’s urging ‘to push back on this requirement,’ approved the project over Mr. Harrington’s objections, the nearest resident and the person most directly impacted by the City’s decision to violate the Zoning Ordinance.”

He continues, “The City provides no legal basis for approving the CUP. Moreover, the City did not even require that the applicant submit an application for a variance as provided in Government Code section 65906 and Davis Municipal Code section 40.33.010. Instead, the City Council simply ignored its obligations under the Zoning Ordinance and approved the Project without the required off-street parking that does not encroach upon the setbacks.”

In 2003, the house was converted from a private residence to a business that provided acupuncture and massage therapy. The permit expired three months after it closed in 2011.

A new permit was applied for two years later in October 2013. In January 2014, the Planning Commission approved the permit on a 5-1 vote. At this point Mr. Harrington appealed the action, but the council voted to uphold the commission’s decision.

The city, represented by Harriet Steiner and her law firm, Best Best & Krieger, and Catherine LeBlanc and David Sanborn, represented by William Abbott of Abbott & Kindermann, have filed a joint opposition to Mr. Harrington’s actions.

“The code establishes minimum parking standards; it does not establish a maximum parking requirement. In other words, the City Code specifies that required parking (three off-street parking spaces) must be provided behind the front setback for Conditional Use Permit #12-13; it does not prohibit parking in a non-required space within the front setback,” Ms. Steiner et al counter.

Moreover, no conditions of approval require that any parking be located in the front setback area.

The opposition further maintains, “Petitioner describes the administrative proceeding as an action of the City to exempt Ms. LeBlanc from an obligation to provide accessible parking.”

However, in order for that to be the case, Mr. Harrington “must first establish that the project was subject to the requirement to provide accessible parking. As the administrative record reflects, there was no obligation by code, or otherwise, to provide accessible parking and, accordingly, there was no regulation for the City to exempt Ms. LeBlanc from as Petitioner argues.”

Moreover, the opposition argues that the city is entitled to “great deference as long as it is based on some evidentiary support.” They argue, “An agency’s determination is presumed correct unless a challenger can show that the agency has acted arbitrarily, capriciously, or without any evidentiary basis.”

They finally argue that the council’s findings are unchallenged.

However, Mr. Mooney responds that, in making this determination, “[t]he City ignores that the change of use and change of occupancy mandate under Section 3411.4.2 of the California Building Code that states: ‘Where an entire building undergoes a change of occupancy, it shall comply with Section 3411.4.1 and shall have all of the following accessible features…’” including “accessible parking, where parking is being provided…”

They continue, “Obviously there has been a change in occupancy of the entire building as Ms. LeBlanc purchased the property and intends to use it for professional offices providing mental health counseling. Moreover, there has also been a significant change of use for the building, as the sole permitted use was single-family residential (AR 193, 198,204) and is now to be used as professional offices with no residential use.”

The city argues this change occurred in 2003, but Mr. Mooney notes that there “has been a clear change in occupancy of the entire building. There is no dispute that Ms. LeBlanc is the current occupant and that the previous occupant no longer occupies the building or works at the building.” Moreover, “the previous CUP expired six months after the business ceased in 201 1 and that the only permitted use at the time Ms. LeBlanc purchased the property was single-family residential.”

All of this is over a single parking space on Seventh Street that has brought multiple attorneys and now an entire neighborhood association into the dispute.