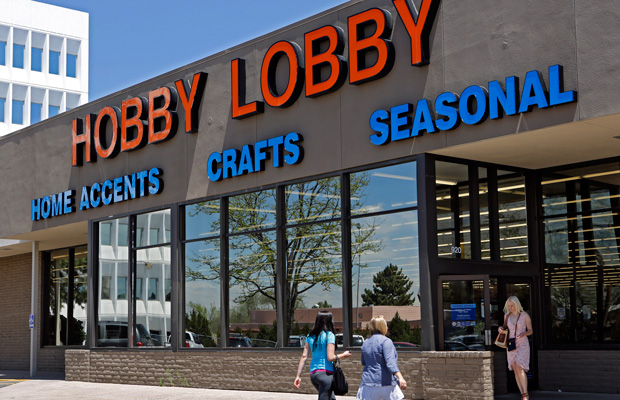 A year ago today, the Supreme Court ruled that Hobby Lobby didn’t have to include birth control in its employees’ health insurance because of religious objections. Employees from Hobby Lobby and other corporations left without coverage have been paying for their employer’s religious beliefs — literally — ever since.

A year later, here is a look at some other ways religious belief has been invoked to harm other people. 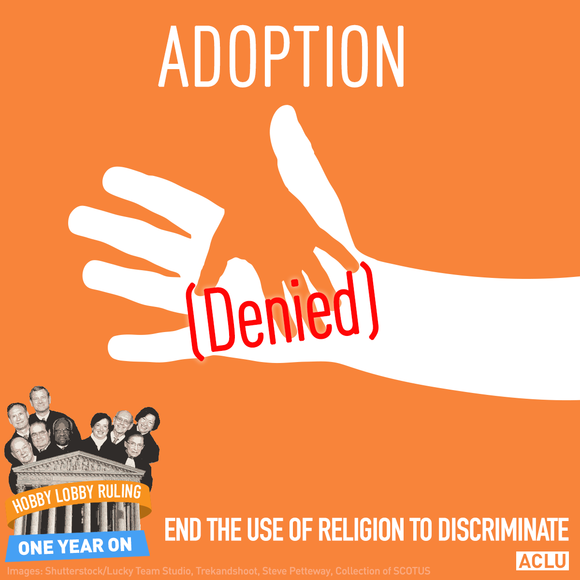 In Michigan, a pediatrician said that she would not help a baby because the baby had two moms. Unfortunately, Michigan does not have a statewide law protecting against this type of discrimination. 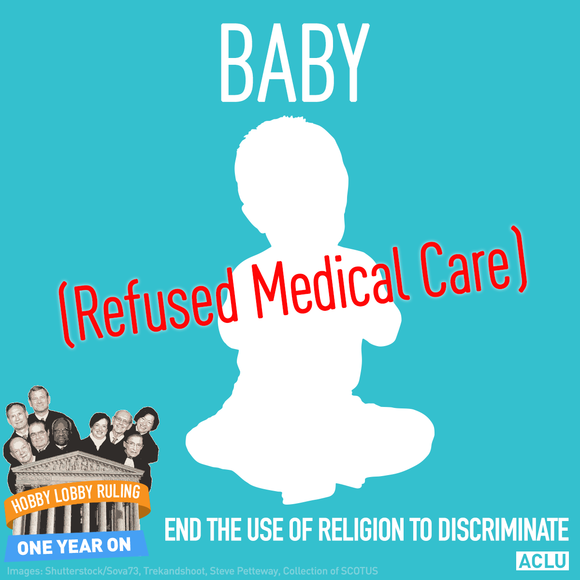 Tamesha Means was rushed to a Catholic hospital in Michigan after her water broke at only 18 weeks of pregnancy. Based on Catholic religious directives, the hospital refused to terminate the pregnancy and sent her home twice even though Tamesha was in excruciating pain. There was virtually no chance that her pregnancy was viable, and continuing it posed significant risks to her health. 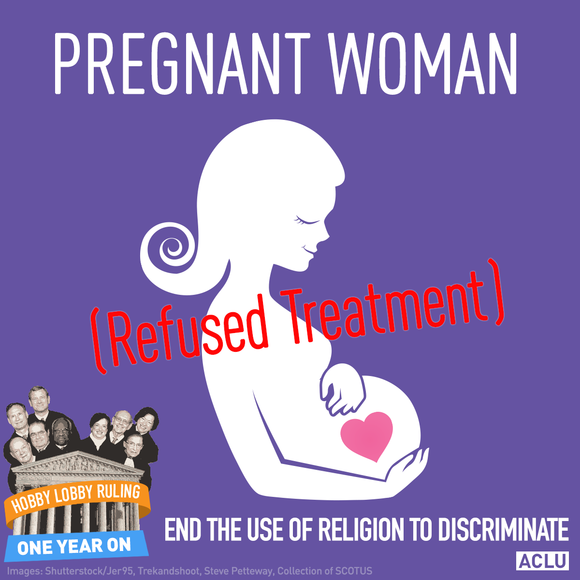 A judge ruled that the Religious Freedom Restoration Act prevented investigators from requiring the Fundamentalist Church of Jesus Christ of Latter Day Saints to answer questions about the use of children as workers at a pecan ranch in Utah. 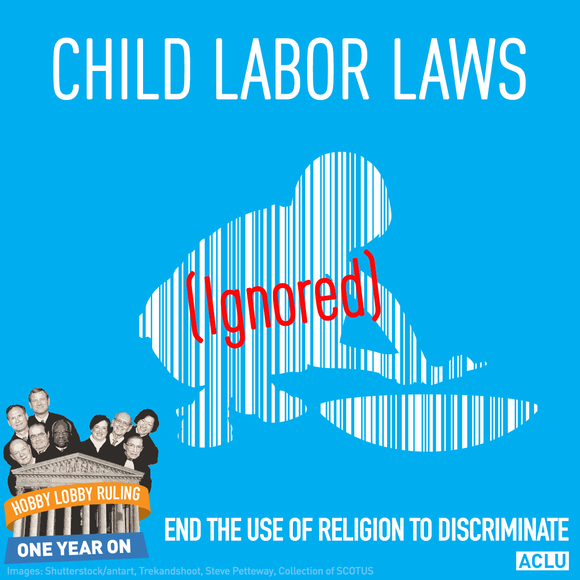 A Colorado bakery refused to make a cake for David Mullins and Charlie Craig’s wedding reception in violation of longstanding state law, based on the owner’s religious beliefs. The oral argument on appeal will take place in early July. 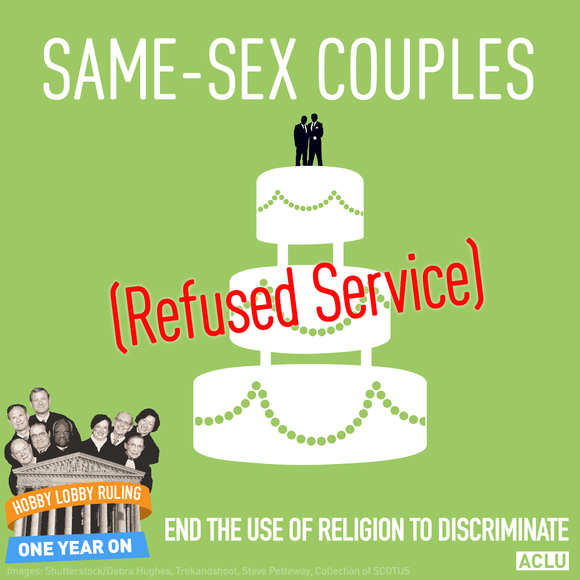 For more on using religion to discriminate, go to https://www.aclu.org/issues/religious-liberty/using-religion-discriminate

Diana Scholl is the Communications Strategist for the  ACLU

5 thoughts on “One Year After Hobby Lobby…”