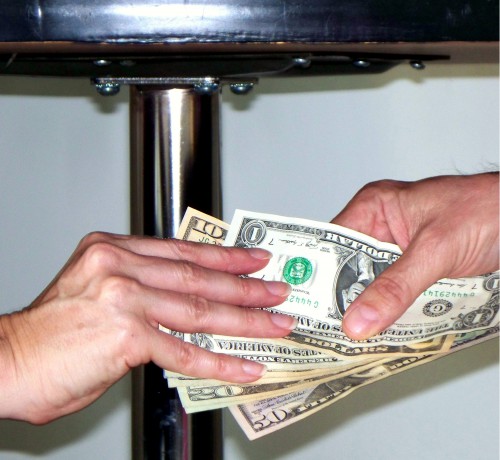 The Decline Of Unions Precipitated The Rise Of The Underground Economy

In 2014, slightly over 11 percent of American workers were union members, as compared to 20 percent in 1983. Such a steady drop in union membership over the last 30 years, especially within the private sector, has weakened worker bargaining power and led to rollbacks on employer contributions to healthcare and pensions, as well as deteriorating working conditions, and falling real wages, for both union and non-union employees.

It also has resulted in the expansion of what is colloquially called the “underground economy,” an arena wherein not only exploitative, but illegal, labor practices abound. Though difficult to quantify, the underground economy more than doubled between 1970 and 2000, and spiked following the 2008 recession.

While often associated with criminal ventures like trafficking, prostitution, and piracy, a growing portion of the underground economy involves illegal practices within legal sectors such as construction, auto repair, food service, car washes, and nail salons. Practices include the violation of labor, tax, insurance, and licensing laws. These activities are detrimental not only to the workers in these industries, many of whom are immigrants, but also to the American public.

In California alone, which boasts the largest economy among the states and the eighth largest in the world, the Employment Development Department estimates that the underground economy employs 15-17 percent of the state’s labor force and generates $60 to $140 billion per year in economic productivity. This translates to an annual loss to the state of between $8.5 billion and $28 billion in corporate, personal, and sales and use taxes, money that could otherwise fund education, infrastructure maintenance and expansion, and a variety of social programs.

The underground economy also injures business owners who play by the rules who cannot compete against those who offer lower prices because they cheat, while exposing consumers to greater risks of substandard service with little recourse should something go wrong. Alongside a decline in union strength has come the loss of union apprenticeship programs that trained the next generation of workers and ensured a skilled workforce, an endeavor that undoubtedly benefited employers and consumers.

In short, the damage created by the underground economy extends to everyone. But, the exploitation of labor remains the most significant pillar on which it rests. This takes the form of lower wages, wage theft, which can include not paying wages at all, failure to pay unemployment insurance or to carry workers’ compensation, unsafe working conditions, and classifying workers as independent contractors rather than as employees to avoid various payroll taxes.

Those who toil in the underground economy generally perform un- or semi-skilled labor, often with little opportunity for advancement, at significantly lower wages than those formally employed. Moreover, they often rely on public assistance, in the form of food stamps and emergency room medical care, to subsidize this lesser pay. In many instances, workers receive wages for only a portion of the hours they worked in a given week, while others are paid on a piece rate basis—as low as $15 for a 10-hour workday hanging drywall.

The range of occupations in which underground economic activity thrives and the variety of violations involved suggests that a renewed and robust union movement would act as a countervailing power against the largely unimpeded power of organized capital to abuse vulnerable workers. The successful attack on unions over the past decades by industry leaders, advocacy organizations, lobbyists, and politicians at all levels of government is rooted in the idea that labor unions are concerned strictly with extending benefits to their members. A successful response necessitates a continued commitment by labor to its recent interest in advancing a broad social justice agenda as part of the effort to gain wider public support.

This requires embracing a vision of organizing that situates unions and their members within communities in ways that both move away from the past hostility to organizing immigrant workers and that highlights the shared social advantages of a strong and diverse labor movement—higher wages for union and non-union workers, a more highly trained workforce, safer working conditions, and an end to the use of public money to subsidize the exploitative practices at the heart of the underground economy.

Claire Goldstene has taught United States history at the University of Maryland, the University of North Florida, and American University. The author of The Struggle for America’s Promise: Equal Opportunity at the Dawn of Corporate Capital (2014), she can be reached at claire.goldstene@yahoo.com.

Share:
Tags:Labor IssuesUnderground Economyunions
Previous : My View: Is Housing at Innovation Parks a Non-Starter?
Next : AIM-Gate in the Making: A Parade of Follies

7 thoughts on “The Rise of the Underground Economy”