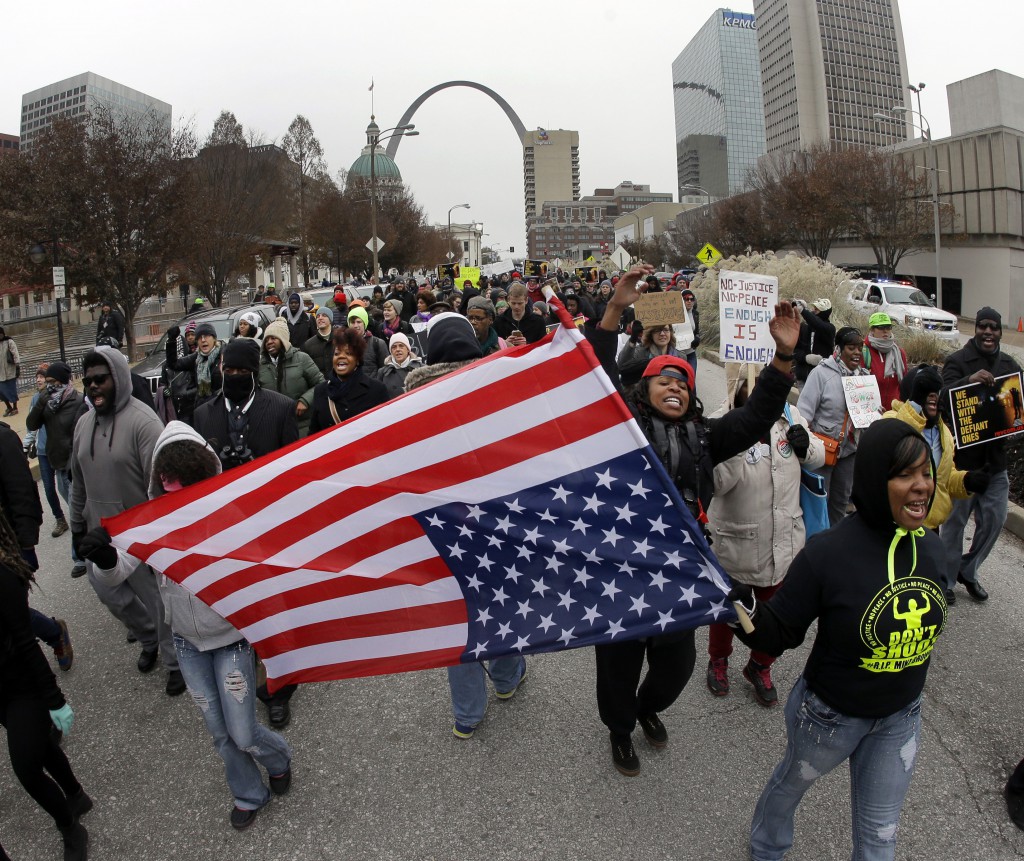 I found myself reading Debra DeAngelo’s column this weekend, which is probably something I should not do. But the topic: “Whites want to join the Black Lives Matter conversation, but we’re afraid to.” As someone who has been part of the conversation for years – quite frankly, I was taken aback by her theme.

After a long and drawn-out recitation of history, she finally got to the point: “Sadly, racism has been simmering away all along, particularly in neighborhoods scarred by chronic poverty, unemployment and violence, where blacks are exponentially overrepresented. High crime means more conflicts with law enforcement, and the subconscious erroneous association of skin color with crime. Black America knew this all along, and with the shooting of Michael Brown and the subsequent Black Lives Matter movement, now white America knows too.”

Ms. DeAngelo continues: “But here’s the thing: Most white Americans want to support the continued efforts toward racial equality, but we’re becoming afraid to join the conversation. The temperature in the room is very hot right now, and frequently when whites attempt to chime in, we’re shouted down with ‘white privilege!’ which has the same effect as ‘Shut up!’ And so, fearing being called racist above almost anything else — we do. But: Shutting whites out of the conversation hurts, not helps, the effort toward racial equality. We need each other.”

“Whites hesitate to say a peep, because when we attempt to engage in the racism conversation, we become the proverbial bull in the china shop, causing disaster every time we turn around. But, in our heart of hearts, we want to help. And to love. We really do. History has proven that,” she concludes. “So, fellow black Americans, please consider that most whites support your cause and want to join the conversation, even if we put our big fat bovine feet in our mouths when we try.”

I disagree with Ms. DeAngelo on both ends of this column.

I have seen heartache and pain beyond what I care to grasp.

I have been the only white person in the room more times than I can count and I have never felt out of place or felt anything but gratitude for being there and listening to people’s experiences.

As a founder of the Vanguard or a member of the Davis Human Relations Commission, I have been part of this conversation many times with people of all races and creeds. Indeed, the event that we started in 2012, Breaking the Silence of Racism, is an effort not only to be part of the conversation, but to help facilitate that conversation.

If, Ms. DeAngelo, you want to be part of the conversation, then start speaking. Start using use your podium to advance understanding. Join with others in your community to be part of that voice for change.

This is not a liberal-conservative thing, by the way – my experience a decade ago is that white liberal Davis did not want to talk about the dark underbelly of the treatment of people of color in their community. It made them uncomfortable. Sure, they would proudly vote for the first black president and celebrate it, but when it came to issues closer to home they would turn a blind eye.

Ms. DeAngelo writes that “with the shooting of Michael Brown and the subsequent Black Lives Matter movement, now white America knows too.”

She’s wrong. Polling shows that whites have been opening their eyes to the fact that race relations are not good, but they see Michael Brown as a precipitating event. They believe that the President, former Attorney General and a bunch of race baiters are stirring things up. They don’t see that their language is cloaked with the same language from the 1960s’ push back against the civil rights movement, where many southerners proclaimed that their blacks were happy, but for the outside agitators.

In one of the comments to the article, Noreen Mazelis demonstrates this point when she writes, “Michael Brown was a thug; this planet is better off without him. After robbing a store and beating its owner, he tried to kill a cop; then his parents, with ample help, tried to burn down the town. Face it: black lives ‘matter’ BUT only if they are taken by a white person. When blacks murder blacks, we hear nothing from bleeding heart columnists and, of course, nothing from The Current Occupant of the WH.”

In a way, the civil rights movement of the 1950s and 1960s was simpler. End segregation and legally sanctioned discrimination.

But, as I noted yesterday in a comment, no sooner had the Civil Rights Act and Voting Rights Act been signed, but the conversation changed. The next wave of the struggle has become more difficult. It is one thing to end laws that legally separate and hold people to a second class status, it is another thing to be able to create an equitable and fair society.

If we want to talk about black on black crime, as some on the right want to, then it has to start in a place with understanding that the current system traps many young black men into the cycle of poverty-crime-incarceration from which there is no escape.

The fact is, a lot of people can be part of that conversation – they simply have to speak up. My experience is not that people are not able to speak up, it is simply that they don’t wish to.

Share:
Tags:BlackLivesMatterFergusonMichel BrownRace
Previous : Sunday Commentary II: All Lives Matter, But That Ignores the Problem
Next : Analysis: What Are Some Best Practices for Identifying Students for AIM?

245 thoughts on “Monday Morning Thoughts: Do Whites Really Want to Be Part of the Race Conversation?”