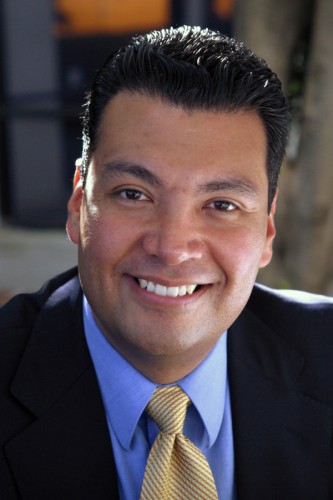 Last year, the Alameda Superior Court concluded that low-level offenders who are subject to mandatory supervision or post-release community supervision under the Public Safety Realignment Act are eligible to register to vote under Article II, Section 4 of the California Constitution.

The ACLU and other civil rights groups along with the League of Women Voters sued Debra Bowen, California Secretary of State, last year, arguing that the legislature had created the community supervision categories under AB 209 as an alternative to parole for low-level offenders. Therefore those people in the programs should not be classified the same as state parolees.

The ruling in that case, Scott v. Bowen, was subsequently appealed by the previous Secretary of State administration under Ms. Bowen.  This week, the current Secretary of State, Alex Padilla, announced “both an end to the appeal and a settlement that ends a policy that disenfranchised thousands of Californians.”

In a press conference, Mr. Padilla explained, “My decision to pursue settlement was based on a number of factors.” He said, “Under the sweeping changes created by Realignment, there was no legislative intent to deny voting rights to thousands of citizens.”

Moreover, he said, “State and federal law protects the right to vote and requires that I give every reasonable presumption in favor of protecting that right.” He added, “The Alameda Superior Court issued a thoughtful ruling based on a thorough examination of our Constitution and the Penal Code and ruled overwhelmingly in favor of the Plaintiffs.”

But, finally, he said, “I agree with the court and I believe it is the right thing to do.”

Anna Castro, of the ACLU, said in a statement that Padilla’s decision “sends the nation a message that California will not stand for discrimination in voting and that he will fight to protect the right to vote for all eligible Californians.”

According to the settlement, “Californians subject to post-release community supervision or mandatory supervision under Realignment will be eligible to register to vote once the court has officially dismissed the appeal.

“Passage of the Voting Rights Act was not easily won,” Secretary Padilla said. “People marched. People struggled. People died. They bravely sacrificed for each other – for friends, family, for our country so that each of us could be empowered with the opportunity to participate meaningfully in our democracy.”

“Civic engagement and participation in the election process can be an important factor helping former offenders reintegrate into civil society.  If we are serious about slowing the revolving door at our jails and prisons, and serious about reducing recidivism, we need to engage—not shun—former-offenders. Voting is a key part of that engagement; it is part of a process of becoming vested and having a stake in the community,” Mr. Padilla added.

“The United States Supreme Court eloquently proclaimed, “No right is more precious in a free country than that of having a voice in the election of those who make the laws under which, as good citizens, we must live. Other rights, even the most basic, are illusory if the right to vote is undermined.”

“Our California Supreme Court has made similar pronouncements: “No construction of an election law should be indulged that would disenfranchise any voter if the law is reasonably susceptible of any other meaning.”

“Today’s announcement is in line with these statements, the arc of California history, and the spirit of the Voting Rights Act,” Mr. Padilla said.

Not everyone is pleased with the Secretary of State’s decision. Harriet Salarno, chair of Crime Victims United of California, said, “With (the felons) voting and with some of the things that we have on the ballot – that will harm us on public safety.”

“Today we take a step forward towards a more inclusive democracy,” said Helen Hutchison, President of the League of Women Voters of California. “We applaud Secretary Padilla’s efforts to restore voting rights to the disenfranchised.  Our democracy is strongest when all eligible Californians can express their values and shape their community by voting.”

“There is persistent confusion nationwide, among election officials and the public, about criminal disenfranchisement policies,” Myrna Pérez, deputy director of the Democracy Program at the Brennan Center for Justice at NYU School of Law said. “This results in the mass dissemination of inaccurate and misleading information, which leads to disenfranchisement of untold hundreds of thousands of eligible would-be voters. We’re thrilled California has taken an important step to reduce that confusion. No citizen living and working in the community should be disenfranchised because of a criminal conviction in her past.”

“We have always recognized that our voting rights are larger than the right to cast a vote – it’s about the struggle for formerly and in some cases currently incarcerated people to be respected as citizens,” said Dorsey Nunn, Executive Director of Legal Services for Prisoners with Children and a taxpayer plaintiff in Scott v. Bowen. “Our votes belong not just to us, but to our communities and families.”

“Every day probation officers are working to reduce recidivism and help former offenders successfully reenter their communities,” Jerry Powers Los Angeles County Chief Probation Officer said. “My department sees firsthand just how powerful it is to engage former offenders in the community and to promote civic participation. Ensuring Californians under realignment have the right to vote will help facilitate their reentry into society and reduce the likelihood that they will commit new crimes.”

137 thoughts on “Padilla’s Decision, to End Appeal of Court Case, Allows Restoration of Voting Rights to Felons in California”