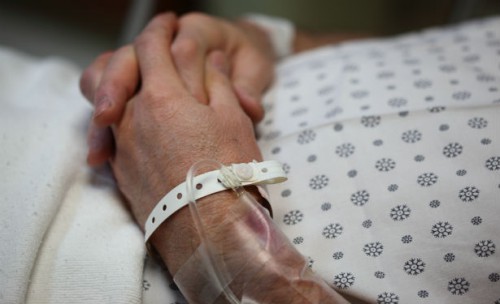 On Wednesday, the California Assembly took a major step in approving Assembly Bill X2-15, the End of Life Option Act, which will now move on to the Senate for a final vote. The bill was passed by the Assembly on a bipartisan but closely divided vote of 43-34.

“The Assembly’s vote today reflects Californians’ overwhelming support for terminally ill individuals’ right to decide to die peacefully and without pain,” said Wolk. “We all hope for a comfortable death, to die painlessly surrounded by family and friends. But that’s not always the reality. There are terminally ill Californians who at this moment are suffering as they battle the final stages of their disease. Today we are one step closer to giving these Californians the ability to decide what is right for them with their doctor, their family and other loved ones.”

Polling performed by the Institute of Governmental Studies (IGS) at UC Berkeley released last week showed that strong majorities in both major political parties and among independent voters back the idea.

The online survey polled 1,097 Californians from August 11-26. People were asked about pending legislation to allow terminally ill people to voluntarily end their own lives by taking drugs prescribed by a physician.

The poll found that 76 percent overall supported the idea, including 82 percent of Democrats, 79 percent of independents and 67 percent of Republicans.

However, there were also some important victories for the ultimately doomed SB 128. In May, the California Medical Association dropped its opposition to the bill, reversing a long-standing policy opposing doctors’ assisting in the death of a patient.

The bill, AB X2-15, as indicated, is nearly identical to SB128, authored by State Senators Bill Monning (D-Carmel) and Lois Wolk (D-Davis), which stalled in an Assembly committee in July.

“This issue is of immense importance to all Californians, and I was confident that the full Assembly, reflective of and responsive to the people it represents, would do the right thing and move us closer to making it possible for terminally-ill Californians to decide for themselves how to manage their last days,” Assemblymember Eggman said.

“This is a historic step forward for Californians with terminal illnesses who have been looking to the Legislature for the option to determine the quality of their final days of life based on their own personal beliefs,” Senator Monning said. “I want to thank the Assembly for its support of providing an option for terminally ill individuals who are faced with difficult end of life decisions.”

AB X2-15 now heads for the Senate, where it will be heard in committees before a full vote of the Senate.

One thought on “Assembly Approves End of Life Bill”