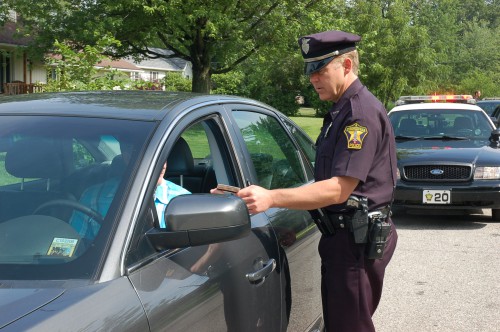 (From ACLU Press Release) – With a growing chorus of voices demanding systemic police reform, California is poised to pass AB 953: The Racial and Identity Profiling Act of 2015, the first-of-its-kind bill to collect basic information on police stops in order to combat racial and identity profiling. The bill, introduced by Assemblymember Shirley Weber (D-San Diego), was approved by the California Senate today and will return to its house of origin for concurrence. Following concurrence, AB 953 will be considered for signature by Governor Brown.

“Recent incidents have forced us to confront some ugly truths about the persistence of racial bias in law enforcement. One of our best defenses is information about who is stopped by police and why. Currently, information on these incidents isn’t provided publicly in a comprehensive way. The goal of AB 953 is to rectify this so we can make policies with the best information possible,” Weber said.

Just last week, nearly 800 people descended upon the capitol to urge Governor Brown to pledge his support for AB 953. Protestors staged three die-ins – each lasting four and a half minutes to represent the four and a half hours Michael Brown’s body lay on the ground after he was killed – and then proceeded to occupy the halls outside of Governor Brown’s office for over two hours. Specifically, participants cited racial profiling as one of the reasons why people of color are being killed by police at racially disproportionate rates.

“For far too long Black, Indigenous, Latino, and immigrant communities have been unfairly profiled, harassed, and killed by law enforcement. We know it starts with a stop, but it can end in tragedy,” said Rev. Ben McBride, Director of Regional Clergy Development for PICO California. “Law enforcement has gone unchecked and the state legislature has failed at protecting those most vulnerable to police misconduct. The passage of AB 953 is just one way state legislators can begin to root out the evil ingrained in the culture of mass criminalization that exists in our state. Black lives matter. People of color matter. We must demand that our elected officials and law enforcement officers do what they are paid to do and that is protect us.”

According to an independent analysis, unarmed Black men are seven times more likely than unarmed white men to die by police gunfire nationwide. California holds the ominous record for the highest number of deaths in the country, with 129 people killed by law enforcement in the state this year. However, the state still does not collect, analyze, or make available basic information about who the police, stop, search or even shoot. The state of Connecticut’s Racial Profiling Prohibition Project has data-collection and advisory board components similar to those proposed under Weber’s bill. However, AB 953 would go one step further to include both traffic and pedestrian stops.

“If signed into law, AB 953 would pave the way for the nation on the issue of fair policing,” said Salimah Hankins, Director of Legislative Advocacy for Dignity and Power Now. “By developing a model system for collecting basic information about police stops, California would be moving away from the anecdotal to the empirical. And we know that as California goes, so goes the nation.”