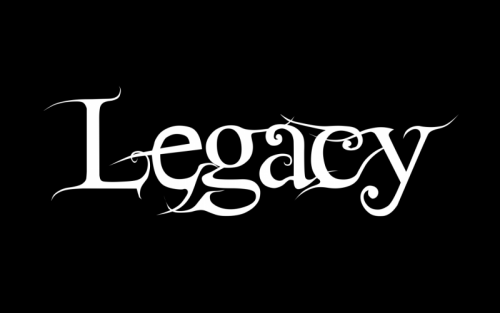 One thing I notice about getting older (I’m 57) is my interest in legacy; my own and that of others around me. Thinking about and cultivating one’s legacy at least implies an acknowledgement and/or acceptance of death, however reluctant that might be. In other words, if I have to go someday (and I do, sigh), what will I leave behind, and for whom?

If one of the roles of religion is to get adherents to behave in prescribed ways, we might rightfully be concerned with its state of decline today. When I was growing up, your religion, how or if you practiced it, was really none of anyone else’s business. Even being Jewish in Orange County and later, in Houston, where, in both places, my sister and I dealt with some occasional intolerance or plain ugliness, we usually experienced a ‘live and let’ live attitude towards our religion.

Kids from more fundamentalist backgrounds had their restrictions when it came to, for instance, fashion, dating or school dances, but they were in the minority and no one I knew gave them a hard time about it. When I brought PB and J matzo sandwiches for a week during Passover, it was more of a curiosity to my Christian friends who, looking at my lunch, seemed grateful not to be Jewish. For them, following the Bible rarely meant taking it literally, although as a 10 year old, I did have a friend from my class tearfully tell me one day that she was sad that my family and I were going to burn in hell. Those were the last words she ever spoke to me, apparently warned to avoid any further contact.

Now, however, fundamentalist attitudes, beliefs and behaviors are coming to represent religion, in general, which is, to me, a truly sad state of affairs. Fundamentalism (of any faith) is built on a fear, rather than an acknowledgement, of death. The description of a man or woman as “G-d(*) fearing” always seemed sad to me though it is said as a compliment. I like to think of G-d as a source of love.

With strict rules regarding appropriate thoughts, beliefs and actions – constructed without the support of reason – fundamentalist versions of any religion make existential promises they can’t keep, effectively separating the head and the heart. As fundamentalism and religion get thrown into the same pot, new generations who would otherwise be expected to fill the pews of their inherited faith when their elders pass away, become alienated. Traditional religious affiliation today is in steep decline.

Now it is the fundamentalists’ voices which are on the rise, not because of sheer numbers but in terms of religion’s public face, if not influence, on society. From a ‘live and let live’ perspective, this is a disaster, leaving many young people today spiritually rudderless. We elders may opine the socially dominant values of wealth, youth and beauty but the spiritual vacuum created by religious intolerance is going to be filled by something – be it the distractions of technology, fascination with celebrity or whatever else captures our imagination through an internet meme gone viral.

It is interesting and inspiring to see the Pope shaking things up in Catholicism with a gentler, more tolerant approach to the modern day behaviors of his minions. He is seeking to expand the tent to cover those rejected in the past and in so doing is setting a beautiful example for other religious moderates to follow. (I can’t believe I am referring to the Pope as a religious moderate, but compared to his predecessors, that is exactly what he is.) Next to the din of angry fundamentalist noise, moderate voices in religion are far too quiet and with the steady emptying of traditional houses of worship, the religious baby is truly being thrown out with the bathwater. That there is a political aspect to this is even more troubling; would-be contenders for the presidency are trashing the Constitution and Bill of Rights in favor of “G-d’s Law” – a literal and slanted interpretation of religious texts that threaten, ironically, to create an American version of Sharia law.

It is unclear how all of this is going to turn out: Will there be a return to moderate approaches to faith so that religion can continue to play its role in helping to shape healthy and loving behaviors in future generations? Or, has religion basically run its course and over time, only the fundamentalists will survive, foisting their narrow beliefs on everyone else with nothing but disdain and threats towards non-believers? I certainly hope not, but this question brings us back to our legacies, something we, as individuals, can actually control.

Legacy refers to handing something down from one generation to another. If I had but one thing to hand down to my son, it would be the peaceful acceptance of death in the face of unanswerable existential questions. Without a “G-d fearing” religion, with its strict sets of rules and threats of divine vengeance for non-compliance to keep him in line, he need not be morally rudderless in life. He only needs to personally own a set of healthy values (love, tolerance, kindness, honesty, loyalty and so on) and have the example of elders who actually live these values whom he can emulate as feels right to him.

Without the burden of original sin on his shoulders, he can pursue the peace and love of original grace. If, somewhere along the way, he comes across his own spiritual feelings, he is welcome to make sense of them as he sees fit, either placing them within an existing religious structure or in some form clear only to him and/or those who think like him. What matters to me (and to society, I believe) is that he behave in a safe and kind manner to others. What he believes is up to him.

How realistic is this? Consider that we miss out on learning great lessons about human behavior when we ignore the motivations of well-behaved, avowed atheists and agnostics. With no threatening G-d over them to curb any tendency they may have towards anti-social behaviors, these G-d-less people apparently behave with high morals and kindness towards others simply because these are their governing values. It is the same, actually, for religious moderates – the average church or temple goers who quietly focus on the parts of their religious texts which teach love and tolerance and ignore the anachronistic verses which call for intolerance and violence towards non-believers. They do not throw out the baby with the bathwater and so benefit from, and can successfully hand down to their children, the beauty and kind values from their religions. That spiritual bequeath becomes part of their personal legacy.

We all benefit from thoughts of our legacies. It is often remarked that what is remembered of us in death is not so much what we acquired or achieved but in how we treated others and appreciated the life we had, for however much time was allotted to us. Scan the obits now and then; they remind us of the values of the deceased and how he or she demonstrated those values in everyday actions. We read about their hobbies, their passions and their kindness towards others. In truth, our legacies are built not upon our accomplishments but on our daily behaviors.

(*) Final note: You may notice that I do not spell out the name of G-d. This is not due to superstition or a fear or divine retribution from using all three letters. Rather, as a formerly religious person who now identifies in the amorphous “spiritual but not religious” category, I show respect for what I believe is the unknowable nature of the divine by not spelling out its common name. This is a remnant of my Judaism, where visual representations of G-d are not allowed. Any defined image is considered a limitation – this and not more – when G-d is essentially more than can be imagined. It is a reminder to me that there is a lot about life we don’t know for sure – and I’m just fine with that.