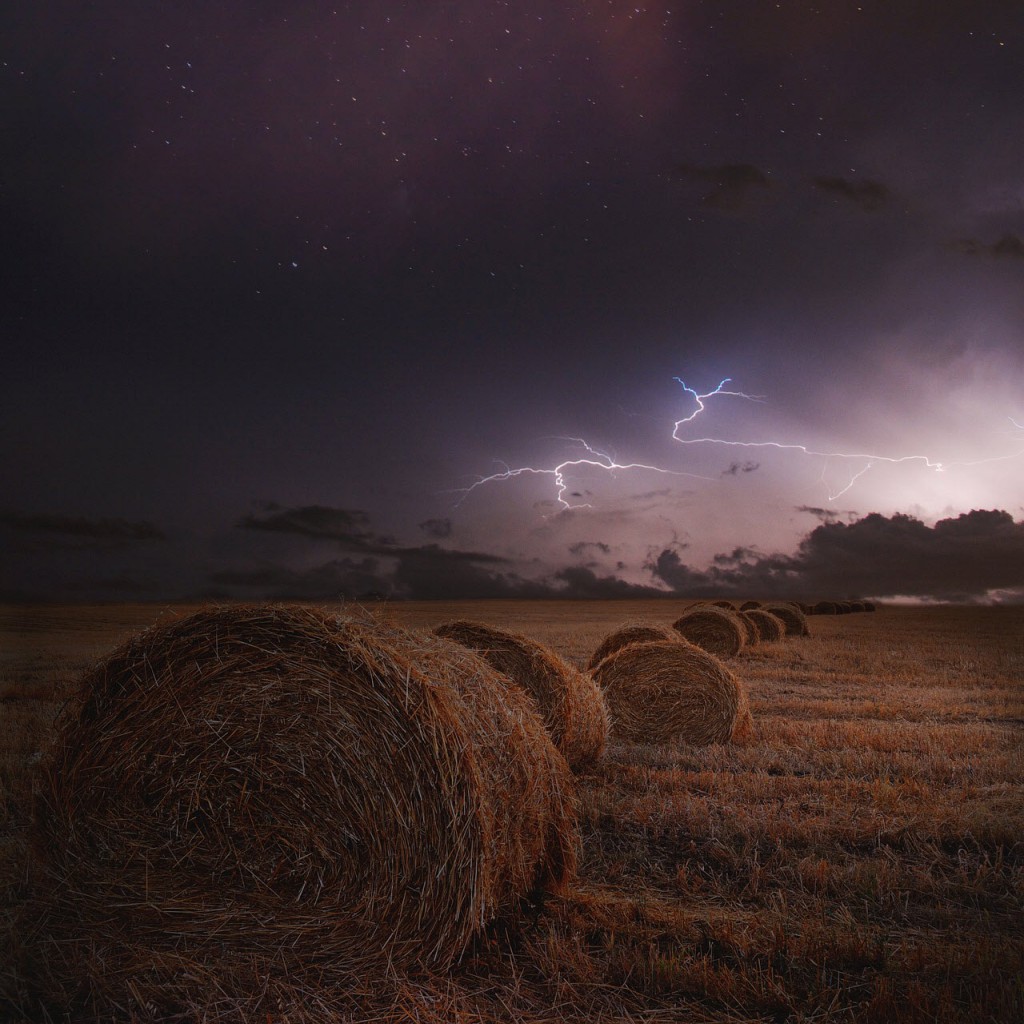 The Sunday morning dawn brought in the smoke over the farm, choking and oily, yet its origin was 60 miles away. As the fires swept through the towns of Middletown and Cobb in Lake County the residents there were on the run. Mandatory evacuations resulted in many thousands of folks leaving behind all they care for in a desperate flight to save life and limb. Some were forced to abandon pets and livestock to swiftly get away from the flames. Now the towns are almost all gone, along with Harbin Hot Springs and over 76,000 acres of forested land.

Recent wildfires have pushed thousands of Northern California residents into shelters for days on end, left to wonder if their home was devoured by one of three major infernos. Some 23,000 residents have fled and, with over 700 homes destroyed, five people known to be dead and many more injured, the fires leave a glow that none want to see.

During the same week the California fires were raging, the Syrian refugees were fleeing their homes and their country. Beginning in 2006/2007, large swaths of Syria began suffering an extreme drought that, according to climatologists, was exacerbated by climate change. This drought was so severe their farmers couldn’t farm, water became scarce which led to increased poverty, and relocations from farming communities to urban areas. A recent report by the Proceedings of the National Academy of Sciences and cited by Scientific American confirms that the drought, in addition to the uncaring poor governance of the Assad regime, contributed to the social unrest that precipitated the civil war and the displacement of over two million Syrian people, many of which are children. They are now European refugees, seeking a new home. This scenario is more than likely to play out elsewhere.

The dust bowl of the 1930’s was the worst man-made ecological disaster in American history, in which the frenzied wheat boom of the “Great Plow-Up” was followed by a decade-long drought that nearly swept away the breadbasket of the nation. The incredible human suffering and equally incredible human perseverance displaced millions. By 1940, more than 2.5 million people had fled from the regions affected by the Dust Bowl, mainly from Oklahoma, Texas, Colorado, Kansas and New Mexico. As it became clear that the drought was to continue, they packed up their families and migrated west, hoping to find work. Entire families migrated together and over 200,000 came to California.

Shortly before the Valley fire started and during the burning of Amador, Calavaras and Fresno counties the California legislators gutted two key pieces of legislation championed by California’s environmentalists and their allies, including Brown and Democratic leaders. One would have cut fuel use in half by 2030. The other would have rolled back greenhouse-gas emissions to 80 percent below 1990 levels by 2050. It’s obvious that these two bills were heavily gutted by the fossil fuel industry.

“This is the future,” Brown said at a press conference Monday, September 14, warning that fires are “scary stuff” that were aggravated by a historic four-year drought and climate change. He went on to say that climate change is “a matter of deep personal and general significance that everyone ought to be thinking about how they can best respond. We know from the science that the southwest will warm, that the climate is changing and its going to exacerbate and intensify the currents of forest fires, there’s no doubt about that. We know with certainty, with great confidence that we have got to deal with climate change. It’s about you and about your children; it’s about the future of how our society is going to function. What we are seeing in Europe now with the mass migrations, that will happen in California. Central America and New Mexico, as they warm, people are going to get on the move. It’s a real challenge and we have a chance to minimize this significantly, but it takes real commitment, and it’s not business as usual. There is no doubt that we have to de-carbonize our climate. Fires are real, climate change is real and we all have to do whatever we can to respond appropriately.”

Throughout the history of environmental protection in the United States, disasters often preceded the legislation, with the legislation coming down the pike much later.

Sixty-seven years ago, an environmental disaster in southwestern Pennsylvania shocked the country. It forever changed the way Americans think about industrial pollution and their health. On Oct. 27, 1948, the people of Donora, Pa., woke up to a thick yellow blanket of smog. The smog was a poisonous mixture of carbon monoxide, sulfur dioxide and metal dust coming from the local zinc plant. It killed 20 people and sickened most of the people in the town. When the owners of the zinc plant were asked to shut down, they refused. This disaster sparked the beginning of the Clean Air Act that didn’t pass legislation for another 15 years.

In November of 1953 heavy smog in New York City exacerbated asthma and other lung conditions, killing from 170-260 people. More New Yorkers die again in 1962 and 1966 with more “smog episodes.” It wasn’t until July 14, 1955, that the Air Pollution Control Act passed Congress, becoming the first piece of legislation to address air pollution. Despite its declaration to combat air contamination, the act put regulation largely in the hands of individual states and gave no means of enforcement to the federal government. Then, finally, in December 1963, fifteen years after the deadly smog event in Donora, Pa, the Clear Air Act passes. This time the act gave the federal government authority to reduce interstate air pollution, regulate emission standards for stationary pollution sources, and invest in technologies that was to remove sulfur from coal and oil.

Then in 1969 two devastating environmental disasters struck. The Santa Barbara oil well blowout spills over 200,000 gallons of oil into the ocean for 11 days straight and Ohio’s Cuyahoga River appears to burst into flames when oil and chemicals floating on the surface alight and cause flames over five stories high. Due to the destruction and extreme pollution of these two environmental disasters a wave of Legislation swept through Congress on October 18, 1972: The Clean Water Act (CWA) becomes the primary legislation governing water pollution in the country. The act, an amendment to the Federal Water Pollution Control Act of 1948, bestows enforcement authority on the EPA and restructures previous water quality regulations.

On December 31, 1972 DDT is banned in the United States, the result of nearly 10 years of legislative battles since Rachel Carson’s Silent Spring first brought DDT into the spotlight in 1962.

In the late 70’s there was the Love Canal water pollution disaster and the Three Mile Island nuclear reactor disaster that led to tighter controls over the energy and chemical industries.

Just over one year ago, in March of 2014, the United Nations’ Intergovernmental Panel on Climate Change (IPCC) released an alarming report that predicted dire environmental and economic consequences for the entire world if the world’s leading economies didn’t start reducing greenhouse gas emissions immediately.

The repercussions of climate change include a rise in sea level, a shrinking of ice and snow cover, the melting of glaciers, food and water shortages, crop loss, destruction caused by coastal storms, and increased poverty. Most significantly, the report said drought caused by global warming could contribute to geopolitical conflicts over water and land. Several scholars and experts blame some of the current political instability in the Middle East on drought exasperated by climate change.

History shows us that large-scale social changes tend to occur at particularly stressful and disastrous moments and become susceptible to small or even profound transformations, be they gradual or abrupt. How have people created the open moments of resilience that make such transformation possible? Why do these moments often follow great disasters instead of through a process of clear thinking and planning for the greater good?

How many more environmental disasters must people endure before true climate change legislation is fully enacted by the United States? Scientists have been warning governments and the general population for decades of the dire consequences of a warming planet. Once a leader in environmental protection – the US has faltered. As Governor Brown stated, there is no great mystery about what must be done.

What does remain a great mystery is how we get on that path. The political system in the US alternates between incremental drift and rapid change – a pattern created by the turnover in Federal and State governments. The global environment has been addressed incrementally, whereas we need major reform. Perhaps a tipping point socially that would instigate a rapid shift to a new equilibrium akin to the outpouring of environmental concern in the 1960s and 1970s, yet with swifter action.

There is no doubt that climate change is the single most significant environmental challenge facing the global human population. It’s a tough issue for Washington to address, regardless of what party is in control, for one huge reason: A segment of the American population, that includes many politicians in power, remains skeptical about climate-change science. Many who believe it is a serious problem are leery of the cost of proposed solutions—and their impact on the economy and employment. Today’s environmental issues also don’t have the wide bipartisan support they enjoyed 40 years ago. These factors help explain why the U.S. has been slower than many other industrialized countries to take steps to address climate change, but does not excuse it. Today’s environmental challenges require a more courageous breed of politician and an even braver breed of citizen. It is more than apparent, regardless of one’s beliefs, that humanity has entered a period of time wherein the relationship with the natural world is pervasive and deep. We impact hugely on the great life support systems of the planet and we will only survive and thrive as a global community if we agree to protect those life support systems. We are now holding on to the steering wheel of all life, we are at the planetary controls, whether we like it or not. Each individual human can make a difference in the daily choices that are made in how we live our lives. The best choices are those made with all life in the equation, not just some.

Scientist Peter Vitousek and his co-authors stated the matter almost 20 years ago in 1997 in an article in Science:

All of these seemingly disparate phenomena trace to a single cause – the growing scale of the human enterprise. The rates, scales, kinds, and combinations of changes occurring now are fundamentally different from those at any other time in history; we are changing earth more rapidly than we are understanding it. We live on a human-dominated planet – and the momentum of human population growth, together with the imperative for further economic development in most of the world, ensures that our dominance will increase…. Humanity’s dominance of Earth means that we cannot escape responsibility for managing the planet.

“We have to restore power to the family, to the neighborhood, and the community with a non-market principle, a principle of equality, of charity, of let’s-take-care-of-one-another. That’s the creative challenge”. – Jerry Brown  Are you in?

Debra Chase is a self-taught traditional chef with over three decades of professional experience.  She currently resides in Colusa County on a small farm.

Share:
Tags:DroughtEnvironmentGovernor BrownWildfires
Previous : Is the Sacramento Sheriff Spying on You?
Next : Commentary: Does District Really Need to Cut AIM Program in Half?