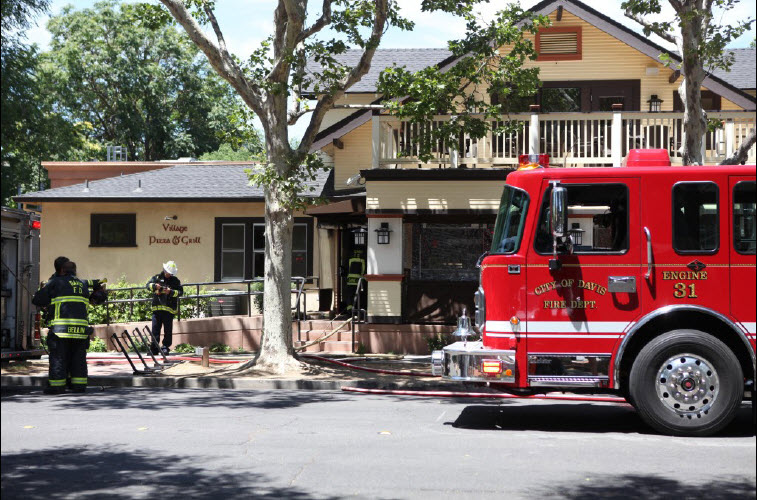 When the city council first looked at wholesale reforms like boundary drop, decoupling the rescue apparatus, reducing personnel and shared management, there were warnings from many in the community as well as representatives from Davis Professional Firefighters Association, Local 3494, that citizens would be put at risk and the insurance premiums would go up.

On Tuesday, the opposite occurred as the City of Davis Fire Department announced that the Insurance Services Office, Inc. Public Protection Classification (ISO-PPC) rating for the city was changed from a 4 to a 2, “an improvement of two rating classes, an achievement that only 2% of fire departments in the United States can claim,” according to a city press release.

ISO is a private firm that provides information to insurance companies regarding property/casualty risk through a number of programs, one of them being the PPC Program. The PPC reviews the fire department, water department and dispatch/communication center capabilities.

According to the city release, studies have shown that the results of a change in the PPC Rating from a 4 to a 2 will likely have up to a 2-3% reduction in insurance premium costs for structures in the affected areas, although this is dependent on each individual insurance company.

“The Class 2 rating improvement shows that we have an excellent working relationship with our ‘partners’ – our surrounding fire departments and our communication dispatch center,” stated Nathan Trauernicht, City of Davis & UC Davis Fire Chief.

“This is a great benefit to our City. I would like to thank the Davis Fire Department staff and our services partners for their contributions to making Davis a safe place to work and live; this achievement would not have been possible without the dedication and professionalism of these agencies,” stated Mayor Dan Wolk.

He also attributed the ratings increase to the “deployment modifications we made – decoupling of the rescue (apparatus), puts another available company in the city. The boundary drop with the addition of Engine 34 into the first alarm matrix in the city increases the number of personnel that we’re now sending to a first alarm.”

“I think all those things contributed,” he said.

Chief Trauernicht noted that they continue to pour over the data. Based on the current score, they are only about nine points away from being ISO Class 1. He said that, in 2015, there were only about 135 or so ISO Class 1 departments in the country.

“We’re going through now making improvements that will hopefully net us those extra points,” he said.

At a March 2013 meeting, Bobby Weist, the President of the firefighters’ union, argued that the reduction of one firefighter would reduce the ability of firefighters to immediately attack fires, thus putting not only lives but also property at risk.

In his audit, then-Interim Chief Scott Kenley assessed the impact on fire insurance premiums should Davis reduce the number of fire personnel on duty at any point in time.

Former Chief Kenley noted, “The last grading was completed in April of 2012, with an overall grading of 69.19. This is the closest the City has been to a Class 3, missing it by just 0.89 points.”

Former City Manager Steve Pinkerton added, “We believe that the overall modifications to our service delivery system proposed in the management audit will improve and not diminish our ranking.”

Over the objections of the firefighters’ union, the city council by a 3-2 vote in 2013 approved the reduction of on-duty personnel from 12 to 11. The restructuring process allowed the city to de-couple the Fire Engine from the Rescue Apparatus at the Central Fire Station, allowing the two units to deploy separately.

Last year, Chief Trauernicht noted this allowed the fire engines to stay in their home stations, thereby greatly reducing response time. He said, “Simply put, if a fire company is out of district (out of position), response times increase to that response area.”

What does the higher ISO rating mean for Davis?

“A higher ISO rating says that we are more prepared in the eyes of the insurance industry to respond effectively to fires in the community,” he said.