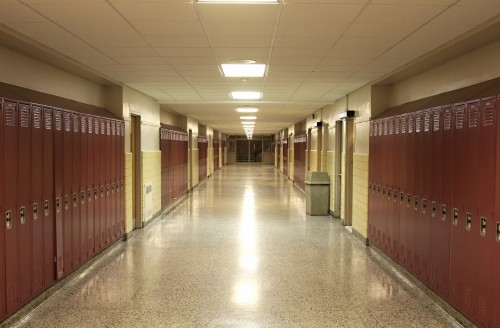 A week after the tragedy in Oregon and some smaller campus shootings, Governor Brown signed legislation sponsored by Senator Lois Wolk which is an effort to control concealed weapons on school and college campuses.  The measure, SB 707, prohibits concealed weapons carriers from bringing their firearms on campus without permission from campus authorities.

“Today, we took an important step toward making our schools and college campuses safer by closing this major loophole in California law,” Senator Wolk said. “People want action. Big steps or small steps, they want action. SB 707 won’t prevent all campus shootings. But it will make our schools and campuses safer by working to ensure that the only people allowed to carry guns on campuses are law enforcement.”

SB 707 includes an exemption for honorably retired law enforcement officers and reserve officers, who may carry a concealed firearm if authorized by their former agency.  The bill also allows for police chiefs or school districts to adopt their own policies on concealed firearms on campus.

Under existing law, the Gun-Free School Zone Act of 1995 “prohibits a person from possessing a firearm in a place that the person knows, or reasonably should know, is a school zone, unless with the written permission of certain school district officials.”

Gun control advocates are supportive of the law.

“The California Brady Campaign Chapters applaud Governor Brown for signing into law SB 707 to keep our students safe. We thank Senator Lois Wolk for her leadership on this issue because we know that this new law will save lives,” said Amanda Wilcox, Legislation & Policy Chair for the California Chapters of the Brady Campaign to Prevent Gun Violence.

She added, “Hidden, loaded handguns and schools just don’t mix and parents do not want guns in their children’s classrooms.  In light of the terrible tragedies on campuses in Oregon, Arizona, and Texas over the last week it is important – now more than ever – for our students to feel and be safe in a learning environment.”

Peggy McCrum, President of the California Chapters of the Brady Campaign to Prevent Gun Violence, also supported the bill.

She said, “California’s college campuses and K-12 schools should be sanctuaries for learning, free from the fear of gun violence.” She added, “(The new law) will make schools safer and decrease students’ risk of being injured or killed.”

Law enforcement groups were also in favor of the law.

“Protecting today’s schools is a daunting task,” said Matthew Carmichael, Police Chief for the UC Davis Police Department. “With the passage of SB 707 we are providing our law enforcement officers the tools they need to keep our schools safe.”

However, gun rights groups believe the law unnecessary, with the NRA calling it “yet another misguided bill that only impacts law-abiding CCW permit holders while doing nothing to reduce crime.” The NRA added in a letter to legislators that it “raises significant concerns under the Second Amendment by further infringing the rights of law-abiding — and properly licensed and trained individuals — to possess a firearm for self-defense.”

“This bill will put thousands of innocent lives at risk,” said Brandon Combs, president of the Firearms Policy Coalition. “Criminals will know that their intended victims are totally vulnerable when they’re on California school grounds because SB 707 will ensure that they’re defenseless against a violent attack.”