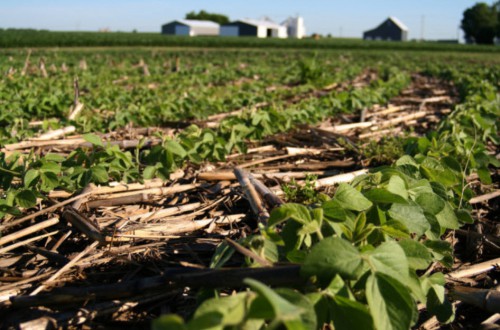 First, the claim that organic food tastes better. A quick web search shows that lots of people have conducted their own taste tests comparing organic to conventional. For example, this Penn and Teller video is amusing.

Among academic peer-reviewed taste tests, there is a 1992 study of consumer panels showing no consistent preference for conventional versus organic produce. Similarly, a 2002 British study concluded the broad claim “organic food tastes better” was simply not valid.

Taste seems to be a very individual thing, and maybe that’s a big reason for the taste test results. Bias is also clearly important. Case in point – this video, in which Dutch food experts at a food show critique McDonald’s disguised as a new organic brand.

Organic advocates often claim that superior taste comes from organic soil practices. Whether or not there is a relationship, Barber is correct that organic growers must use rotation crops. USDA organic regulations require rotations, cover crops and animal manure to improve soil conditions and minimize erosion.

Decades ago, the organic movement was instrumental in bringing soil health into new focus. Today, it is a given that healthy soil and proper fertilizer management is critical to sustainable agriculture.

For example, here in the Central Valley, we know that high nitrate in groundwater is largely due to chemical fertilizer runoff and improper soil management. Several wells in Woodland and Davis have been shut down over the past few years due to excessive nitrate, and this was one factor that led to the need for the new water project.

California farmers largely abandoned cover crops after the 1950s when pesticides and fertilizers came into widespread use. Fortunately, this trend has reversed, because farmers recognize the benefits of cover crops in building better soil. Conventional growers also have improved their fertilizer management practices.

But cover crops are not a panacea. For example, processing tomato growers have to weigh the advantages of cover cropping with its high costs and with the challenges of plowing under cover crop residue in wet spring weather.

Thanks to advances in molecular biology and informatics, ag-tech companies are creating products to manipulate the soil microbiome that interacts with plant roots, which can improve crop performance.

For example, here in Davis, BioConsortia has patented a process to identify microbes that enhance plant growth and make uptake of fertilizer more efficient. And in a previous article, we looked West Sacramento-based California Safe Soil, which produces a microbial-enhanced liquid fertilizer from food waste that can be applied through drip irrigation.

These new technologies have the potential to greatly improve the environmental footprint of intensive agriculture, with or without cover cropping.

But I’m not sure if these facts would interest Barber, who writes that monocultures “impoverish life” and “depopulate landscapes.” After finishing his book, I’m left with the impression that he believes local, organic, artisanal agriculture transcends science and therefore cannot be tested against large-scale, intensive production.

Barber writes, “Science teaches us that the answer to understanding the complexity of something is to break it into its component parts…but interactions and relationships – what we call ecology – cannot be measured or weighed.” The farmers featured in his book “produce a lot of things – delicious food, to be sure – but also things we can’t easily measure or see.” For Barber, the things we can’t measure are cultural and even a bit spiritual.

Barber sounds like one of the people recently described by Louise Fresco, President of Wageningen University in the Netherlands. Fresco is concerned about the growing number of people with a “distrust of the achievements of modern science induced by the…shortcomings of modern agriculture: intensification accompanied by the abundant use of agro-chemicals and fossil fuels and the growing anonymity due to economies of scale and international trade.”

“More and more people,” Fresco writes, “are rejecting the use of science and technology. Fearing a biological meltdown, they seek salvation in locally produced and organically grown food with dogmatic exclusion of fertilizer, crop protection and genetic modification.”

There is a growing market for local, artisanal food in the Sacramento region that can sustain a strong farm-to-fork culture. Hopefully, Sacramento farm-to-fork will not reject science or demonize large-scale, intensive agriculture at a time when it is making real progress towards sustainability.

2 thoughts on “Is Eating Organic the Only Way to Make California Agriculture Sustainable?”