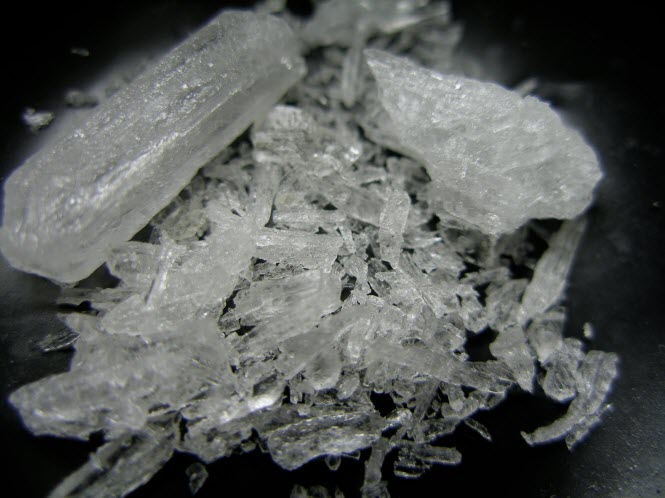 The trial of Bryan Keith Silva, a homeless man charged with possession of methamphetamine and intent to sell, concluded on October 29 with the defense’s final witness and closing arguments from both sides.

Deputy Public Defender Paul Borruso invited his expert witness, Ms. Iglesias-Hughes, to the stand. She is a mental health worker, who works with mental patients suffering from drug and alcohol addiction, but is also a recovered methamphetamine user herself.

With a total of 3.11 grams found on the defendant, Borruso attempted to demonstrate the high probability that the amount found on his client was intended only for personal use. Thus, Borruso asked Ms. Iglesias-Hughes to testify on what she believes to be the typical daily dose of methamphetamine for an addict, and to elaborate on the various factors that contribute to issues of dosage and usage.

Drawing from her history of personal use, Ms. Iglesias-Hughes stated that she would often use 3.5 grams, referred to as an “8 ball” because it is approximately 1/8 of an ounce, throughout the course of a day. However, if the meth is of bad quality then more would have to be used to achieve and maintain the same level of high.

There is no indication, in this case, as to the quality of the meth found on Silva.

According to Ms. Iglesias-Hughes, it is not very cost-effective to purchase anything less than an “8 ball” if you are an addict.

The next topic addressed the possession of a scale, believed by the prosecution to be an indication of intent to sell. The defense’s expert presented an alternate reason for the use of a scale. Quite often, buyers also carry scales with them to ensure that they are getting the amount they paid for and are not cheated. Personal use of a scale cannot be ruled out just because someone has sold in the past.

Although pounds or ounces carried at one time by a person would not be indicative of personal use, carrying a few grams at a time could be. Users can sometimes sell a portion of their stash to support their habit, but more often than not, they end up using it all.

Asked by Borruso what she would think if she found 3.11 grams on a person, Ms. Iglesias-Hughes responded, “Someone with that amount could have bought an 8 ball, 3.5 grams, and used .39 with 3.11 left over.”

Borruso probed for an alternate motivation to explain why the defendant had exchanged text messages with “Scratch”, a known supplier, other than the intent to sell an acquired supply.

She replied that, in her experience, when someone asked a person to connect them to dealers or suppliers, that person would tend to help as a middleman because it was common for the buyer to kick some meth down in return for the effort.

During the prosecution’s cross-examination, it was established that an addict could possibly use up to .4 grams at one time, but it would be impossible to use a whole “8 ball” in one sitting.

Through further questioning, it was revealed that, although buyers do use scales to verify a larger amount being purchased, they usually do not use scales when buying any amount smaller than an “8 ball”.

The last issue the prosecution delved into was that of the two separate bags. The expert confirmed the prosecution’s assertion that it is not unheard of for a seller to separate a smaller bag, to take a “20 sack” out from their larger stash, which would be kept out of sight to avoid the possibility of theft.

Following the afternoon break, counsel prepared for their closing arguments.

The prosecution insisted that no one is arguing about Silva being a user, but while using he was also selling. Citing that Silva himself had previously stated he was providing meth, the prosecution urged the jury, “You can’t believe that he was just giving it away,” obviously suggesting he had to be selling.

The prosecution then referred back to what the expert testified to during cross-examination. Since the expert stated that buyers did not use scales to measure amounts under 3.5 grams, the defendant would not have used the scale to measure the 3.11 grams for the purpose of buying for himself.

Therefore, “…the defendant possessed those two baggies of meth on June 30, 2015, for the purpose of sale.”

Mr. Borruso began his closing argument by specifying that it was still not exactly clear what Silva intended to do with the rest of that meth. A maybe is not enough to prove beyond a reasonable doubt his intent to sell. “Unless you can rule out that he was going to use the rest of the meth, you really can’t be certain he was going to sell.”

Further, the text message from “Scratch” indicated that it was indeed “Scratch” providing Silva, but overall the texts are just too ambiguous to be interpreted objectively, according to Borruso. Since meth users are not organized or rational, their behavior is unpredictable. Sometimes they use, other times they sell. In the end, “We just don’t know.”

Upon being apprehended, arresting officer Deputy Quy Ha asked Silva to be an informant, but when he refused to snitch, Deputy Ha took Silva into custody.

Silva had a scale on him at the time because he was homeless. He carried all of his belongings with him all of the time, whether he needed it at the moment or not.

Borruso brought his closing to an end, “If you can’t answer what he was going to do with the remaining portion of the meth then you can’t convict him.”

In the prosecution’s rebuttal, it was emphasized that reasonable doubt is not an insurmountable burden. Circumstantial evidence is just as reliable as direct evident in the decision of intent.

In an attempt to clarify the defense’s version of the arrest, the prosecution claimed that Deputy Ha asked Silva to be an informant after he was already in custody. Silva was not arrested after refusing to be an informant.

Given the circumstantial evidence, “the text messages, the scale, the separate bags, and his statement to Ha,” all combined clearly display his intent, according to the prosecution.

Leaving on a final note, the prosecution declared that Bryan Keith Silva was in fact selling a portion of his meth so he could feed himself for survival.

Share:
Tags:Court WatchMethYolo County
Previous : Analysis: A String of Litigation at the Behest of Michael Harrington
Next : Harvard Sleep Expert to Speak in Davis

10 thoughts on “Meth Trial Wraps Up”