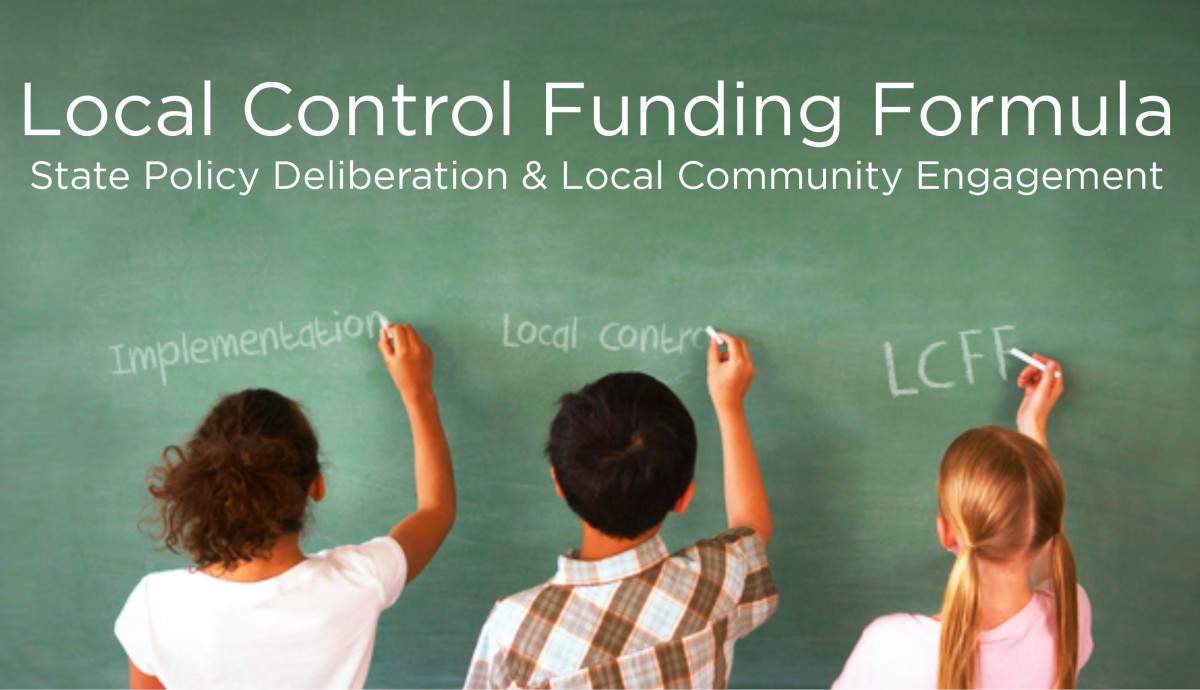 Back in 2013, Governor Jerry Brown signed into law the funding model for school finances known as Local Control Funding Formula (LCFF). As many know, the idea behind LCFF was to support underperforming students by directly attaching funding to needs such as low-income students and English learners.

While, according to Superintendent Winfred Roberson, about 27 percent of DJUSD students fall into these categories, Davis is somewhat disadvantaged by this process.

In an op-ed last spring, Superintendent Roberson wrote: “The Local Control Funding Formula estimates that in the coming year, $3.4 million in new LCFF funds will flow to the Davis schools. This is good news and reflects our optimism that things are getting better for our schools. However, this new LCFF money must be divided among the ‘must do’s’ (state and local requirements) and the ‘want to do’s.’

“Right now, the mandated costs total about $2.2 million, including $800,000 for increased pension costs, $400,000 in restricted maintenance contributions, $300,000 in LCAP [Local Control and Accountability Plan] supplemental services for target populations as well as locally allocated priorities of step-and-column increases, class-size reduction costs and other costs that total $650,000.

“The estimated remaining $1.2 million is available for deficit spending reduction, collective bargaining and all other services and district goals.”

The situation, however, improved in May. According to a statement from the county, “The May Revision State General Fund revenues increased from the January proposal by $6.7 billion over the three-year forecast period: 2013-14, 2014-15, and 2015-16. K-14 schools will receive $5.5 billion of the new general fund revenue which, with the inclusion of additional local property tax collections, produces an increase of over $6 billion in Prop. 98 funding. The Governor now estimates 2015-16 Prop. 98 spending at $68.4 billion. While most of the Governor’s spending will be targeted toward one-time investments, K-12 schools received $2.4 billion in additional ongoing spending, most of which is directed toward 2015-16 Local Control Funding Formula (LCFF) gap funding ($2.1 billion).”

For DJUSD, that translated into nearly $10 million in new money. However, about $5 million of that was ongoing while $4.6 million of that is one-time discretionary funds. 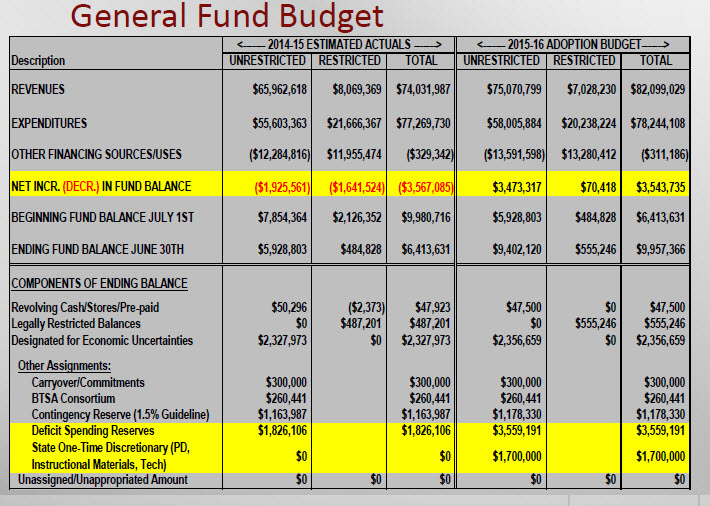 The difference between one-time and ongoing money is critical, because while one-time money can go to a specific project, ongoing money becomes part of the budgeting formula into the future.

The General Fund has increased this year from $74 million to $82 million, but, again, $4.6 million of that is one-time money. 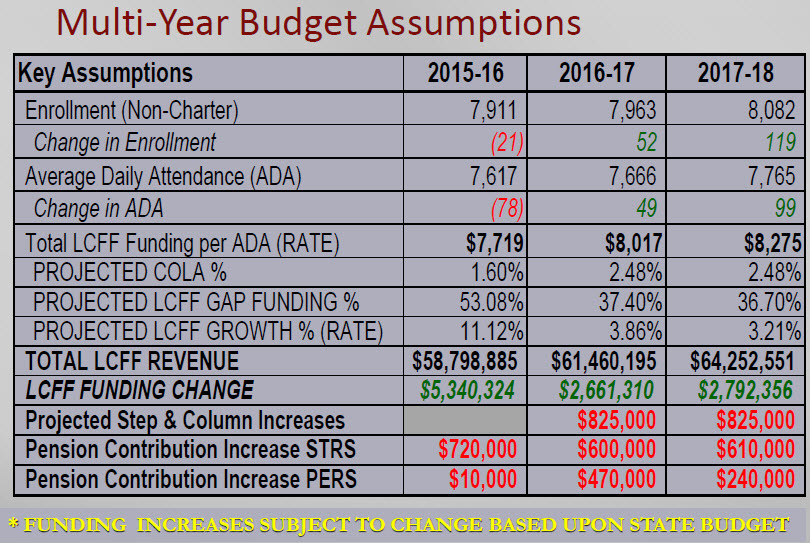 The district is projecting more modest LCFF funding changes of $2.7 million and $2.8 million in the next two school years.

Meanwhile, the district has to figure out what to do with the parcel taxes – Measures C and E, which were approved in 2012 and generate roughly $9.5 million annually for the school district. Both will expire in June 2017.

While the chart shows that the LCFF funding growth will somewhat exceed the projected COLA (Cost-of-Living Adjustment) for the district, the numbers are relatively close.

There will be a lot of questions about the renewal of Measure E. Back in October 2012, Barbara Archer, now a school board member, and twelve other people wrote an op-ed published by the Vanguard.

At that time, they wrote, “The opposition will say that Measure A was supposed to be an emergency tax. We are still in a fiscal state of emergency. In fact, it’s worse that what it was 2 years ago when Measure A was passed.”

They added, “We cannot imagine what $6.9 million of cuts in one year would look like (on top of the $10 million we have already lost over the last five years).  It will be catastrophic. All cuts are on the table at this point – school closures, massive layoffs, extensive reductions in core programs.”

The fact is that the district is no longer in an emergency, but even with the LCFF increases for last year, this year, and the projected ones the next two years, it is hard to see the district being able to shed $6.9 million let alone $9.5 million.

That is the revenue picture for the school district.