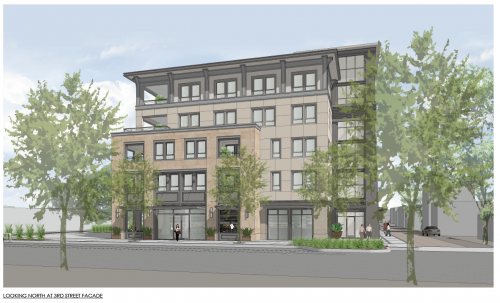 For over a decade, I have consistently voiced my opinion that our local government should release documents for public review much earlier than mandated by the state. As a concerned citizen, I often wrote on my blog about the need for regular folks to have more than the weekend to digest massive staff reports prior to a public meeting.

As a former member of the City of Davis Open Space & Habitat Commission and Climate Action Team, I was able to see first hand that it is very challenging to achieve our community’s desired level of transparency, research and input with the City’s limited financial and personnel resources.

As the former CEO of the Davis Chamber of Commerce, I formally requested that the City Council establish a formal 10 Day Rule to disallow any agenda items whose supporting documents were not publicly available for at least 10 days prior to the meeting… ah, the dreams of good governance nerds.

There have been no major changes on this matter since I first started adding my voice to the chorus calling for more time. Yet, our community, private interests and government struggle on to study and analyze issues of public concern so that the community has a chance to better understand the issues and then offer their voices and opinions to our decision makers.

There will always be room for improvement in this arena, and it should be noted that in the past year or so, the City has, for the most part, done a better job of releasing staff reports and analysis in advance of public hearings. We have a very active and involved citizenry, and for all of the bureaucratic and procedural challenges that presents, Davis is a better place because of our high level of public engagement.

In my new role as Managing Member of the Trackside Center redevelopment proposal, I am now privy to yet another perspective on this topic. I am now the applicant; I represent the group that is commissioning (and paying for) studies, reports and analysis that help the community to better understand the potential impacts and benefits of a mixed-use building that calls the question on many of our community’s conflicting priorities.

On September 29th, 2015, I submitted the Historical Resource Analysis Study (prepared by a 3rd party professional) for our proposed project to the City. On Friday, October 16th, the City Staff report was completed and both documents were made public. By the way, the applicant does not see the City Staff report prior to the public. Notice to the public and our neighbors was then given above and beyond legal requirements for the public meeting on Monday, October 19th at the City’s Historic Resources Management Commission (HRMC).

The public had the weekend to digest and respond to two thorough and thoughtful documents about a sensitive issue: a 92-page historical analysis and a 16-page staff report. It did not occur to me, until the afternoon of the public meeting, that this situation, over which I finally had some control, flew in the face of my beliefs about good governance.

Mea culpa. I was “too close” to the process or just too overwhelmed with other details to take notice that my project was part of the problem that I’ve been worrying about for over a decade. Please note that I am not laying blame on city staff. I could have ensured that the City had our report earlier or I could have just asked for a later hearing once I realized that the public review time wouldn’t meet MY standards. Thankfully, a solution was close at hand.

On behalf of the local investors that I represent, at the October 19th HRMC meeting, I requested that the consideration of the item be delayed until the next meeting to allow for a longer period of public review and comment. I should note that a large group of our neighbors had already sacrificed their weekend to review and comment on those documents and cleared their calendar to show up that night. We are grateful for their time and input and apologize that they were inconvenienced and made to “hurry up and wait”.

At the request of the President of the Old East Davis Neighborhood Association, we have agreed that the submitted report will not change or be modified in any way during the intervening time. The public comment period will remain open until the November 16th meeting of the HRMC. Our goal is increased public awareness, transparency and community input.

All of the official documents related to the Trackside Center redevelopment proposal can be found at bit.ly/trackside_application , and we encourage the public to review the documents there and make comments as necessary. Please note that as new studies and analysis (transportation, energy, shadow etc etc) are completed and City Staff has included their report, they will be uploaded to this page.

We also invite the public to stay involved by visiting our website at www.tracksidecenter.com. As we continue to move through this process, I will work diligently to ensure that our project meets the high standards for public review and input for which I have advocated.

–Kemble K. Pope is a Davis resident and the Managing Member of Trackside Center, LLC and the Project Manager for the proposed redevelopment of 901-919 Third Street in Downtown Davis.

14 thoughts on “Public Participation is Desired for Trackside Center Proposal”