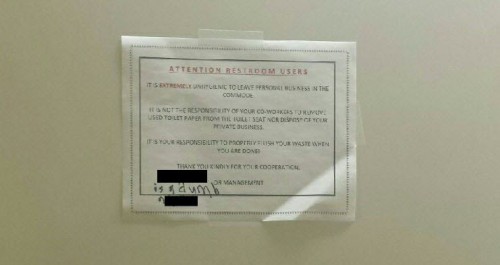 by the Davis Social Justice Coalition

This past week, an article came out in the UC Davis Aggie newspaper (which has since been removed from its website) about an individual stating that he was consistently harassed around their racial identity as a Black man at the UC Davis Office of Research.

He described how fellow staff constantly heckled him on a regular basis for 18 months on end, leading to eventually a written remark using a racial epithet against him.  We as members of a variety of social justice-based organizations in the community of Davis, collectively known as the Davis Social Justice Coalition, applaud the courage of the individual to bring forward his voice to speak his truth.  Discrimination does exist in our community and often goes unspoken and unrecognized.

We demand a speedy and fair investigation into this long series of incidents within that campus office.  That being said, the coalition also wants to recognize that incidents like this are not isolated within our community – whether they be on campus or in the city, and are part of larger systems of oppression in our country.

Just this past summer for example, a Black UC Davis alumni was asked to leave the Shields Library Reading Room and shared that he then faced excessive use of force.   Recognition of these incidents is an opportunity for open communication and to encourage those in charge to take responsibility for ensuring a safe environment for everyone, and this should be the case for the UC Davis campus as a whole where people regardless of their identities should be honored, respected and valued for who they are.

Editor’s note:  The article in the Cal Aggie which has since removed reported: “UC Davis Office of Research employee (Employee) has publicly stepped forward alleging his supervisors and co-workers of racial harassment. (Employee), who currently works as a contracts analyst, said that slurs including, “(Employee) is a dumb n***a,” and “I will ruin your black ass,” were used to address him while working at the university.”

Mr. (Employee) claims to “being harassed from his first day. The employee alleges that he was singled out by executive director Ahmad Hakim-Elahi for simply introducing himself to his new co-workers.”

“My first day on the job, people were introducing themselves to me and [Hakim-Elahi] goes to my supervisor and says, ‘Why is he talking so much? Doesn’t he have work to do?’” Mr. (Employee) said. “He would stand outside my office door for two to three minutes at a time and just stare at me.”  Mr. (Employee)said he didn’t begin receiving racial harassment until July 2014 when associate director Randi Jenkins told the analyst, “I’ll ruin your black ass if you ever talk back to me.” According to the article Mr. (Employee) claims “the threat was in response to (Employee) defending himself after Jenkins mistakenly accused him of socializing on the job when he was actually in a work meeting.”

“People would sit down and have conversations about work, about contracts and she yelled at me. She said, ‘What are these people doing in here!’” Mr. (Employee) said. “I would respond back, ‘Hey, this person was just getting me files. We weren’t discussing anything of a personal nature.’ And that started the comment, ‘I’ll ruin your black ass if you ever talk back to me.’ I was pretty shocked.”

Share:
Tags:Racial PorfilingRacismUC Davis
Previous : Analysis: Densification and Infill Can Be Tricky Goals
Next : “Bonus Buck” Pilot Program To Cut Fruit and Vegetable Costs in Half