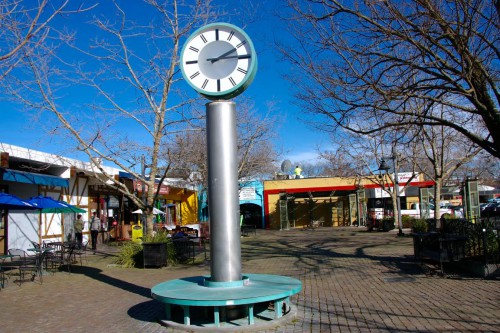 During public comment at Tuesday’s city council meeting, Paul Frydental spoke. Mr. Frydendal is the uncle of one of the victims in a recent attack, last Saturday morning at 1:15 am, where three victims were knocked unconscious when they were jumped from behind and pummeled with baseball bats near downtown Davis.

The victims were robbed of their wallets and their cell phones. All three ended up in the hospital. Mr. Frydendal’s nephew was transferred to the UC Davis Medical Center, where he was just released after being diagnosed with bleeding on the brain – and it was touch and go as to whether he would require brain surgery.

Mr. Frydendal said, “We have a significant situation in the downtown… The savage beating of these three young men. No one followed up initially – they were written off as they were too tipsy. The problem is that they weren’t tipsy, they were unconscious.” He said, “Something needs to be done to significantly address the crime that is happening in your downtown.”

Former City Councilmember Michael Harrington on Tuesday added that the attack occurred on Sixth St in a darkened part of Old North Davis. He said, “It’s really a different scene downtown. If the bars were closed at midnight, would they have had time to maybe be seen by people downtown?”

He said it is nice to hear about the lively downtown, “but public safety is number one, it has to be number one. What’s going on right now is completely intolerable.”

Councilmember Lucas Frerichs on Tuesday said, “Obviously the late night behaviors are not good. We’re working very diligently on trying to rectify those things and correct those behaviors, and make things as safe as possible for all people whether they’re citizens or not (of Davis).”

He said there is a real need for folks to come to the table, not necessarily in this venue, and the need to mediate some of these issues.

The downtown Davis scene was also the focus of a community discussion on Wednesday evening (Vanguard coverage on that will be on Friday).

Councilmember Frerichs, speaking to the Vanguard following last night’s discussion, said, “I am totally impressed to see 80+ people come out on a busy weeknight to participate in a community conversation regarding the health and future of our downtown.”

“From the attendance at tonight’s event, I think it’s crystal clear that the citizens of Davis are quite concerned about the late night party scene, among other issues,” he continued. “It was an interactive and thought-provoking evening, and I think it will assist the City Council as we continue to develop and implement comprehensive solutions to address the late night environment in our downtown.”

There remains concern about safety in the downtown.

The mayor has been pretty consistent in his belief that Davis’ downtown has changed after 10 pm and he doesn’t believe we should be approving more nightclubs. He told the Bee last month, “We shouldn’t be approving another nightclub without having this community conversation… I have to be honest: I don’t think we should have more of these nightclubs downtown. If we’re going to have nightclubs, it can’t be the status quo. You’ve got to have more security. You’ve got to have more limits.”

The Vanguard’s analysis from two weeks ago showed a fluctuating but relatively stable amount of violent crimes in the Davis Downtown over the last six years – the overall trend is the city violent crime appears to be going downward, while it remains fairly stable in the downtown.

Back in September, Darren Pytel noted that the calls for service have not suddenly doubled or tripled downtown, that it’s always been busy. However, the nature of these incidents have escalated somewhat in the last few years.

Darren Pytel added, “We are still with a lot of problems there.” He said at KetMoRee and other locations that they are seeing more and more weapons. “We’ve taken more guns and knives off of people arrested in fights downtown,” he said. “We have kind of seen a change regarding escalation in weapons and violence over the past couple of years.”

But the statistics that we see really don’t appear to bear this out.

Nevertheless, this represents a point of concern and it is bleeding into other policy areas.

Mayor Pro Tem Robb Davis said, “I’m not surprised there’s a conflict. We’ve had a murder in our downtown. We’ve had a lot of ferment in the last number of months over concerns about safety. If there weren’t conflict, I’d be shocked.”

He added, “On the security side, we’re going to take care of it. We already are, if we talked to the police, they would say we’re already trying things that are fundamentally altering people’s ability to acquire alcohol in an overconsumptive type of way and it seems to be making a difference.”

He said that is without taking any steps other than noticing the problem and holding forums. He said, “I think the security part of the concern is going to be taken care of.”

The mayor pro tem was concerned about loading it into the DBID (Downtown Business Improvement District), noting that it has a small budget and the cost of cleaning the downtown and dealing with the security issues would “swamp the budget that they have.”

38 thoughts on “Concerns about Downtown Safety Bleed into DDBA Discussion”